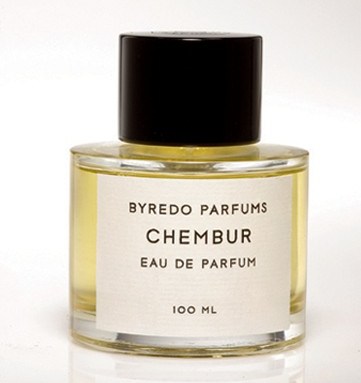 In the beauty industry, bright ideas, raw talent and some savvy business skills can result in the creation of the next ‘It’ brand, no big-name corporation required. Here, meet a new generation of indie mavericks.

Byredo Parfums
Up until three years ago, Ben Gorham didn’t think too much about fragrance. In fact, the 31-year-old Swedish hipster—he’s a self-proclaimed tattoo and tailored clothing freak—spent his formative years studying interior design and fine arts. But the fragrance novice, who grew up in the States and Canada and has no classic perfumery training, indulged his fascination in the effects of scent on memory by creating the niche fragrance brand Byredo Parfums. Working closely with noted perfumers like Olivia Giacobetti, Michael Almairac and Jerome Epinette, Gorham produced five scents—Green, Rose Noir, Gypsy Water, Pulp and Chembur—each with its own backstory that communicates his personal experiences. Available at Barneys New York here and Colette and Les Senteurs abroad, each retails for $195. “People can really relate to the subjective nature of our fragrances,” says Gorham. “Consumers are looking for personal experiences combined with true craftsmanship.”

H. Gillerman Organics
H. Gillerman Organics isn’t just tentatively dabbling with essential oils, it’s steeped in them. Founder Hope Gillerman, a holistic practitioner and former dancer, is a true believer in the healing powers of oils. Her eight-item line, which launched in July, contains four essential oil blends and four massage/bath oils, all made with 100 percent organic pure plant materials, no fillers. “Beauty is not just skin deep,” says Gillerman. “After the liver, the skin is one of the main organs of detoxification. When we’re stressed, our liver gets overloaded with toxins and our skin pays the price.” The line features four categories: Pure Breathing for sinuses, True Relaxation for stress, Natural Rest for restlessness and Clear Mind for tension relief. The $48 dollar remedies are currently sold at hgillermanorganics.com and at select boutiques like Flying A. Gillerman, who’s been living green since she was a teenager, wanted the line to reflect her lifestyle. The packaging is recycled and she’s currently seeking USDA organic certification. “People don’t want to just look better, they want to feel better,” she says, “about what they put in their bodies, on their bodies, and how these products affect the planet. They want their beauty products to better the mind, body, spirit and planet.”

Neil George
British-born and Beverly Hills-based Neil Weisberg and Amanda George met in 2003 at the Chris McMillan Salon. George, a colorist, and Weisberg, a stylist, became fast friends and in 2005 they opened up the Neil George Salon. After two successful years and a client roster that includes Cameron Diaz, Kirsten Dunst and Mary-Kate Olsen, the duo decided it was time for their own line, one that combined the care of both coloring and styling. “We know who our customers are and what they want and need,” says Weisberg. “Hair care is the next step in evolving our brand.” The five-item line, for which, George says, they went through about “100 different formulas before we could agree,” features two shampoos and conditioners—one for every day and the other for dry and chemically treated hair—and a mask. Star ingredients include orange blossom and amla oil, a moisturizer derived from the Indian gooseberry. Priced from $20 to $38, the line is sold at Neil George, Studio at Fred Segal and neilgeorgesalon.com.

Jouer
Christina Zilbor, a former independent film producer and current single mom, first launched Jouer in 2004 as a quirky line of interlocking blushes, glosses and shadows. In 2007, she regrouped and pulled it from distribution. This August, she unveiled a revamped Jouer at Henri Bendel. “The modern woman doesn’t want to be dictated to,” says Zilbor. “She’s not aiming for perfection—she wants to showcase her beauty in a simple way.” With that in mind, Zilbor reformulated products to have treatment-based benefits. She kept Jouer’s interlocking packaging, but added stand-alone items, like mascara and lip gloss, to accompany the customizable palettes. Prices range from $14 to $65. “Jouer’s distinction lies in customization,” says Zilbor. “Women can choose the colors they feel most comfortable with, which makes them feel pretty, which is ultimately my goal.”