Ceo of H.Stern North America, Ronaldo Stern, has been named executive vice president, and Susan Nicholas will take over his role. 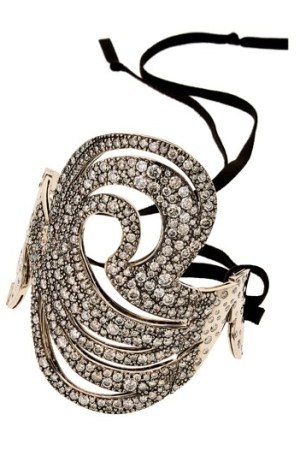 This story first appeared in the September 22, 2009 issue of WWD. Subscribe Today.

Nicholas was most recently ceo of the U.S. subsidiary of Bulthaup Corp., a German luxury home goods firm that sells design items that average $70,000 at retail. Prior to that, she was ceo of Louis Vuitton Moët Hennessy’s watch and jewelry division in the U.S. and Canada, where she presided over the Tag Heuer, Zenith, Dior and Chaumet brands in North America.

Stern, whose father, Hans, founded the company, said he was looking forward to taking on a larger role. In Rio, he will report to his brother, Roberto, ceo of H.Stern worldwide, who heads up the design initiatives for the company.

“There’s a lot going on, even thought we’ve been in crisis,” said Stern. “We have to move forward and be creative.”

Nicholas, who begins in her new post next month, will work on strategies such as increasing H.Stern’s wholesale business 10 percent by growing the number of doors where the jewelry is sold, including Saks Fifth Avenue in Los Angeles. On Monday, the firm opened an in-store shop at the Ogilvy specialty store in Montreal and in December there are plans to open a 1,300-square-foot boutique in City Center, the new retail development in Las Vegas. The store is nestled between Louis Vuitton and Tom Ford.

Stern and Nicholas have known each other through the industry for many years, and she considers herself a big client of H.Stern’s.

“The designs are beautiful and distinct,” said Nicholas of the brand’s products. “There is a combination of refinement and sensuality.”

Today, H.Stern’s biggest markets are Brazil, followed by the U.S. and Israel. There are 160 freestanding boutiques across the globe and 100 points of sale within other doors.

On Oct. 14, H.Stern will launch a collection called H.Stern + Grupo Corpo. The line is inspired by the art of Grupo Corpo, the modern ballet dance company, with undulating gold pendants and a double gemstones ring, called pas de deux, inspired by the spotlights on a pair of dancers on stage. Prices range from $890 to $50,000 for a diamond-studded cuff. The average price point for the collection is $2,000 to $5,000, a “sweet spot” for the company, according to Stern.