Lord & Taylor president and ceo Brendan Hoffman has left the company amid a top management shift that elevates Brooks to president of the Canadian parent. 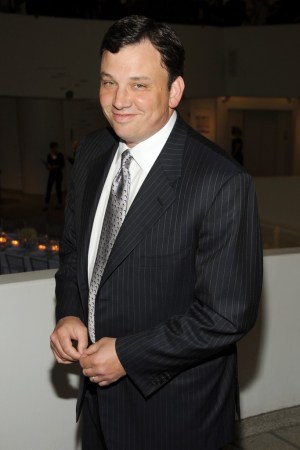 Lord & Taylor president and chief executive officer Brendan Hoffman has left the company amid a restructuring and top management shift that elevates Bonnie Brooks to president of the Canadian parent, the Hudson’s Bay Co.

Hoffman appears to be headed to The Bon-Ton Stores Inc., the struggling York, Pa.-based regional department store chain, as ceo. He could not be reached for comment Monday, but sources said an announcement of his appointment could be imminent.

In her new role as president of the $4 billion Hudson’s Bay Co., Brooks, formerly president and ceo of The Bay division, will oversee the merchandise, marketing and store operations of L&T and The Bay. She succeeds Hoffman at L&T.

Donald Watros continues as chief operating officer of Hudson’s Bay Co., overseeing the operational, financial and merchandise planning sides of the businesses, though his responsibilities are being expanded to take over some of those held by Hoffman. Three years ago, Watros led the formation of Hudson’s shared services unit, centralizing the back-of-the-house operations and consolidating costs at Hudson’s Bay.

“Don’s operational and financial expertise has been instrumental in contributing to both The Bay and Lord & Taylor’s year-over-year profitability despite the poor economic environment around the globe,” said Richard Baker, who continues as governor and ceo of the newly restructured company.

Baker gave equal time to Brooks, whom he credited with “extraordinary leadership” helping to speed a turnaround at The Bay. Watros and Brooks report to Baker.

Shifting to Hoffman’s fate, Baker said: “We have been discussing this for a very long time. Brendan wanted to run his own business and to be a ceo of a large freestanding public company. Here, he was just running a division of a larger company.”

His exit follows Hudson’s Bay Co.’s acquisition of Lord & Taylor by investing $427 million in the U.S. retailer to reduce much of its debt. The debt stems from the 2006 purchase of L&T from Macy’s Inc. (at the time called Federated Department Stores Inc.) in a highly leveraged deal valued at more than $1 billion.

Though there have been market reports that L&T’s business was less than robust last Christmas, Baker said, “Both Lord & Taylor and The Bay were up 8 percent comps [on average] for the last six months.” He also said The Bay had posted negative comps for 20 years, but in 2010 rose 2 percent, and that the first half of 2011 was up 4 percent. The Bay and L&T are “hugely” profitable, Baker stated.

Industry sources viewed the completion of the L&T acquisition and the management reorganization as major cost-cutting maneuvers, freeing the company of much debt and enabling it to monetize more real estate. Baker, however, emphasized the restructuring is a mechanism helping Hudson’s Bay to focus on “delivering to our customers the most exciting experience with the most unique and well-edited merchandise at compelling prices.” He also said there won’t be any nameplate changes, adding, “We are very dedicated to having two independent brands. In no way are we ever going to interfere with the DNA and exclusivity of each of those brands. Having one management team will enable us to be more efficient, have better product and have better relationships with our vendors.

“We are going to keep the separate buying teams,” Baker stressed, and when asked if there could be other possible consolidations, his response was: “We have no plans beyond what we have announced today.”

Hoffman’s departure from Lord &Taylor, after three years on the job, surprised the industry Monday, considering he seemed to be leading the business to greater productivity and is generally well liked. Hoffman took the reins in the fall of 2008 just when the economy crashed, led sharp expense reductions, and eventually moved Lord & Taylor on a more moderate path while updating the image. He also led a renovation of the flagship on Fifth Avenue, launched L&T’s first outlets and home stores, and got in motion the first regular Lord & Taylor stores to open in 10 years. Two units, in Yonkers, N.Y. and Rockingham, N.H., are opening this spring.

“He uncontemporized the business, made it more moderate in price, but there was updating, too. It became like a Macy’s in a specialty store atmosphere,” said one industry source.

With Brooks and Watros deepening their involvement at Lord & Taylor, additional synergies in the merchandising are inevitable. Many of the same brands are carried at both divisions, and the overlap appears to be growing. For example, private label Lord & Taylor cashmere began selling at The Bay last fall. “We had a fantastic response. The L&T brand resonates up in Canada,” said Watros, who has been a behind-the-scenes leader at Hudson’s Bay, instrumental in streamlining the operations, including the sale of the Zellers locations, and in company acquisitions.

The Bay also sells the Black Brown 1826 men’s label, originally an L&T exclusive, and possibilities for the future include distributing The Bay’s signature blankets with the wide colored stripes, and related products to L&T. It’s a look that dates back centuries at Hudson’s Bay, the oldest company in North America, and is being incorporated into a diversity of products. Another possibility is rolling out Topshop to L&T as in-store concepts, a format already being rolled out at The Bay stores in Canada since last year.

“There could be synergies in things like the Web site,” added Brooks. “A lot of the brands [sold at L&T and The Bay] are actually the same, though The Bay works with many more international brands.” She said wearing two hats now “is going to help us all work together. I am looking forward to working with Lord & Taylor. I love that it’s the oldest department store in the U.S. and has an unbelievable legacy. I will be there every week.”

The management changes did raise some timing issues revolving around Baker’s plan to take Hudson’s Bay public on the Toronto Stock Exchange. Initial public offering plans were put on hold last fall due to market conditions.

“I believe an IPO remains very attractive, but I think investors would want a period of time where Bonnie demonstrates she is capable of overseeing both brands, which suggests it could slow it down,” said William Susman, of Threadstone Partners. On the other hand, “the deleveraging is beneficial. Any costs they can take out enhances earnings and a valuation but I still think investors want a period of time where they demonstrate there is a strong management.”

But Brooks pointed out that in her previous job as president of the Lane Crawford Joyce Group based in Hong Kong, she supervised four divisions in nine Asian countries — the Lane Crawford department stores, Joyce Boutiques, Pedder Specialty Group and the LCJG Distribution Co. Before Lane Crawford, Brooks was Holt Renfrew’s executive vice president and general merchandise manager and, earlier, served as editor in chief of Flare, Canada’s largest fashion and lifestyle magazine.

Watros acknowledged that “the initial reaction is there may be some risk,” with management becoming more divided between L&T and The Bay. However, he stressed that the restructuring “right-sizes” the debt at Hudson’s Bay Co., leaving roughly $1 billion in total, including about $500 million at L&T, on a retail conglomerate with $4 billion in total revenues, excluding Zellers. And he added that “streamlining the leadership at the top will improve operations, make us more efficient, and open up additional opportunities in private label and other merchandise strategies across banners.”

At the 276-unit Bon-Ton, Hoffman will face serious challenges. He’s expected to succeed Bud Bergren, the current ceo, who previously announced he will be stepping down and that a successor is being sought. Recently, Bon-Ton warned of steep fourth-quarter losses and two credit agencies cut their ratings on its debt, which needs to be refinanced. Bergren will remain with Bon-Ton as chairman.

Another challenge for Hoffman could be meshing with the current team. One source said Anthony Buccina, Bon-Ton’s vice chairman and president of merchandising, is “the antithesis of Brendan. Tony is a street-smart merchant — a real Garment Center merchant.”

The 43-year-old Hoffman began his retail career in the executive training program at L&T and rose to divisional merchandise manager of men’s furnishings before leaving in 1996. He spent two years at the Bergdorf Goodman division of the Neiman Marcus Group as divisional merchandise manager of men’s before heading up the Last Call clearance division of Neiman’s. In 2002, he became president and ceo of Neiman Marcus Direct, where he helped drive the business to substantial growth.