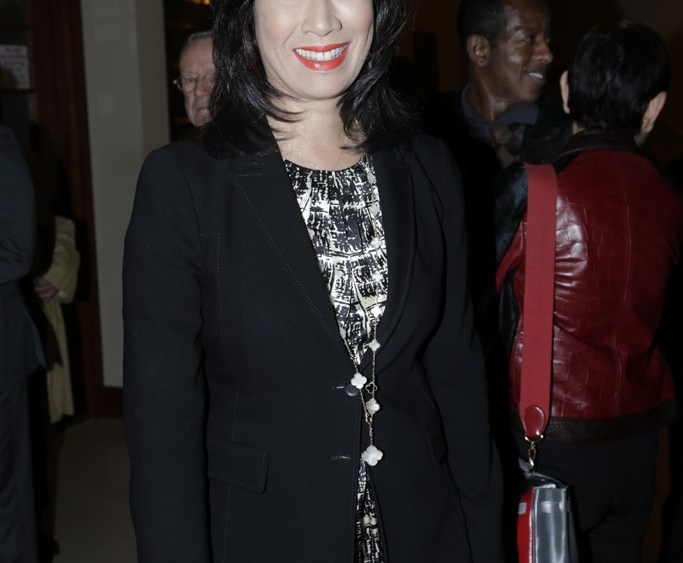 NEW YORK — Ralph Lauren said he was a “Marvin child.” Leonard Lauder called him a “serious merchant” and a “road warrior.” And Michael Gould said the two shared a passion from a unique perspective, Bloomingdale’s.

The three were among the speakers at a memorial service Wednesday morning at New York City Center for Marvin Traub, the former Bloomingdale’s chief executive officer who died in July. Hundreds of fashion industry executives and designers turned out at the service to pay homage to the impresario of retail theater.

He credited Traub with not only helping him launch his career by taking a chance on his ties, but encouraging him to think big. “Marvin was a giant,” he said. “He gave me my world. He said, ‘Ralph, what else can you do?’ His encouragement was very important to my life.

“Thank you for all the years I had at your shoulder with your arm around me,” Lauren said, adding that Traub once offered to pay his bills when he hit upon hard times and was the first customer in his store at the Rhinelander Mansion. “He and Lee [Traub’s wife] were in there picking out shirts, ties and suits,” he said. “Thank you for giving me my career.”

Lauder told the audience that they shouldn’t mourn the loss of Traub, but instead strive to “carry on his work.” He said he often traveled with the retailer to exotic locations such as Indonesia and Kenya and the Traubs “organized everything.” So one day, Lauder proposed a game of musical chairs, “because that was the only thing I thought I could beat Marvin at,” he said.

But although they were friends, when it came to Bloomingdale’s, Traub was all business.

Lauder recalled a visit he and his mother, Estée Lauder, made to see Traub when the Lauders weren’t happy with their counter position. “She started to cry and got her way,” he recalled, adding that Mike Blumenfeld [Bloomingdale’s head of cosmetics] commented, ‘Next time, I’m going to bring my mother.’”

He then read an ode to Marvin: “You not only created a great store, but you created a great brand with your creativity, drive, vision and grace,” he said. “You leave behind an army of admirers. And you’re my North Star.”

Gould, who succeeded Traub as Bloomingdale’s ceo, said the first time the two met was a “less than wonderful experience,” as they had a disagreement over merchandise. “But that’s irrelevant,” he said.

Gould admitted that he wasn’t on Traub’s “short or long list” to succeed him at Bloomingdale’s, but ultimately, the two became friends. They would often have breakfast or lunch and always walk the floors of the store together. He said after Traub was gone, a letter surfaced that expressed pride in his “close friendship with Mike Gould.” Welling up, he said: “He realized that in my way, my very different way, my passion for his store was as powerful and strong as his.”

Anne Keating, Bloomingdale’s senior vice president of public relations, and Tony Spring, president and chief operating officer, arrived at the memorial service together on Wednesday in the gloom of a misty rain. “He’s part of my career,” Keating said of Traub. “He’s always been part of my career. He hired me when I came from Tiffany’s. He was proud of recruiting the best in class.”

“He never accepted that anything was impossible,” Spring said. “He had a different thought process.”

Mortimer Singer described how Traub’s portrait — which had been enlarged to gigantic proportions for the stage — was commissioned by Bloomingdale’s when Traub retired. “You see him impeccable and larger than life,” Singer said. “He’s wearing his Legion d’Honneur pin and the tie Ralph Lauren gave him. I know Marvin would have loved this giant replica.”

Lauren joked later: “I think that’s my shirt and my suit, too.”

Lester Gribetz, who worked alongside Traub for 42 years before becoming president of Lenox Corp., recalled being hired into the Bloomingdale’s training program. His first assignment from Traub was repairing bicycles at the Hunter’s Point warehouse. “I said, ‘I’m Jewish, I don’t know how to do anything mechanical.’” (Gribetz got his older brother to help him with the bikes.) The project caught Traub’s attention. “Housewares is alive,” Gribetz recalled Traub saying. “We built the Main Course. We had Julia Child, Craig Claiborne and the Naked Chef” doing demonstrations. Then Traub said, “The excitement you brought to housewares, you’ll bring to cosmetics. We had more demonstrators — you had to fight your way down the main aisle. We spent a lifetime together, it seems.”

Arnold Aronson, managing director of retail strategies at Kurt Salmon, said, “I once asked him, ‘Did you ever think of getting a vacation house in Florida?’ He said, ‘Never, it’s full of old people.’” Aronson continued, “He was my rabbi for 50 years. He was one of my first bosses. He sent me away for eight weeks around the world with a big Bloomingdale’s checkbook.”

Sue Kronick, former vice chairman of Macy’s Inc., said she learned the power of connections from Traub. When Kronick decided to indulge her interest in India with a trip to that country, Traub, then a family friend, insisted she meet Ruth Prawer Jhabvala, the Academy Award-winning screenwriter. When she returned from India, she went to work at Bloomingdale’s for Gribetz. “In the last 20 years, we had more breakfasts and lunches together,” she said.

“I met Marvin 41 years ago when I was peddling shirts to Bloomingdale’s,” said Larry Leeds, chairman of Buckingham Capital Management. “He adopted me and invited me to breakfast at the Regency.” The Traubs and Leeds began going to the theater and ballet and traveling together. “We had a designer in our company named Perry Ellis,” Leeds said. “I introduced him to Marvin, and he helped Perry succeed.”

Gribetz perhaps summed up what many in the audience were thinking. There was a side of Marvin Traub “that was difficult to know,” he said. “When one of our cosmetics buyers got AIDS and was wasting away in the hospital, Marvin pointed out that hospital food left many patients with no appetite. We sent food to the hospital twice a day and Marvin paid for it from his own pocket.

“Two weeks before Marvin passed away, we had lunch at the Four Seasons,” Gribetz said. “He told me what he was doing and then he turned to me and said, ‘Isn’t it wonderful that two old men are here and still working.’ If there’s a Four Seasons up there, Marvin will regale me about how he’s changing heaven.”