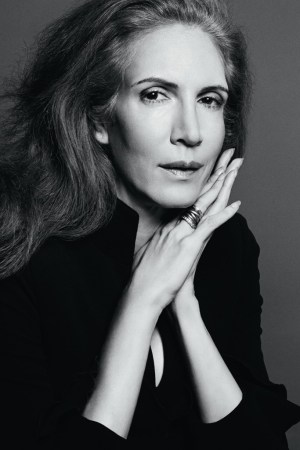 PARIS — “I really considered this project a labor of love,” said Jami Morse Heidegger, speaking of her antiaging skin-care line Retrouvé that launches next month. “These are products that I have made with great love and selfishness, for myself — just trying to keep in the best shape that I can.”

Heidegger, who built Kiehl’s Since 1851 into an indie powerhouse in the Nineties before selling it to L’Oréal in 2000, had little intention of going back into the beauty market. But back she is, with a four-unit, luxurious collection whose formulas are crammed with high-octane active ingredients, such as apple stem cells and pomegranate. There are no dyes, artificial fragrances, parabens, silicons, petrolateums or mineral oils used.

The unisex products — a facial moisturizer, cream, serum and eye concentrate — have been in the works since 2001 with Kiehl’s former chief chemist Stephen Musumeci. Turning a blind eye to cost, he and Heidegger used the ingredients deemed best for her skin. The products were also given to her friends.

Heidegger’s five-year non-compete term ended and she considered bringing out the prestige line with a partner in 2008, but with its high price and “Beverly Hills-y” take, it seemed an inappropriate time, she explained.

Heidegger then spent about two years collaborating with her husband, Klaus, on their MBT athletic shoe company, all the while adding new ingredients and technologies to her beauty products.

The couple now works together on Retrouvé, which is produced by Morse Laboratories in Malibu, Calif. Jami Morse Heidegger focuses on the products and her husband, on operations. The products, which go for 385 euros to 440 euros, or $518.50 to $592.60 at current exchange, will be sold starting Dec. 2 in Paris’ Nose and from Dec. 5 in six of Austria’s Nägele & Strubell doors.

For her line, Heidegger wanted a moniker linked to the Renaissance, a period she loves and a nod to her late father, Aaron Morse, who at Kiehl’s named lipstick colors after artists, like Rembrandt Red.

The French “retrouvé” means “to find once again,” a rebirth of sorts.

“For myself, I was sort of going back to ‘re-finding’ what I loved in beauty and in the industry and going back into this endeavor,” she said, adding retrouvé is also about once again “feeling beauty from within — feeling as good as one can about oneself, maximizing whatever one has at any age.”

Also with a reference to the Romantic period, Retrouvé’s tag line reads “Art. Science. Beauty.” Said Heidegger: “[It’s] kind of a return to the classical feel of beauty.”