Jacques Bahbout, owner of the British luxury leather goods and stationery brand, will still serve as the company's chairman. 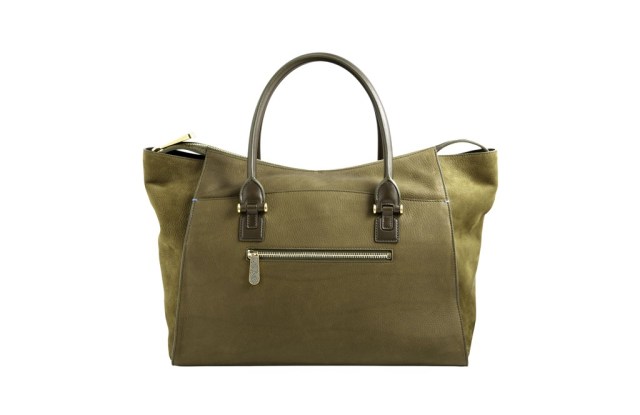 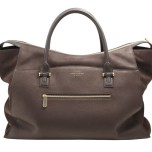 Janowski, who has been a member of Smythson’s board for the past year-and-a-half, takes over the ceo duties from Smythson’s owner Jacques Bahbout, who also serves as the chairman of Smythson. As ceo, Janowski will report to Bahbout. The executive joins London-based Smythson from Burberry, where he served as chief operations officer and senior vice president of supply chain.

“Smythson is now poised on the cusp of an exciting new period of expansion and international growth,” said Bahbout. “We have built an extraordinary team whose skill and dynamism will thrive under Andy’s outstanding leadership and expertise in the luxury industry.”

Bahbout acquired Smythson through his investment firm Greenwill SA in 2009. At that time, Smythson’s ceo was Paddy Byng, who joined the company in 2006. He stepped down in 2010 and was last year named managing director of Asprey.

During an interview, Janowski said he sees Smythson as “the best kept secret” within the luxury world and plans to “elevate” the brand. “It’s such a jewel, and really one of the first plans is to tell our story. We are an 125-year-old brand. However, we have never really…told the world about the brand,” said Janowski. “Sales get better and better every year, but it’s all word of mouth.”

Smythson has, as reported, appointed Xavier Rougeaux, formerly of Sergio Rossi, as global marketing and communications director, and Janowski said the company has set aside a “huge” investment in p.r.

Smythson, which is chiefly known for its high-end stationery, will also focus on its leather goods category to grow the business, Janowski said, noting that “over half” of Smythson’s business currently comes from that area. Janowski said that alongside looking at new leather categories, Smythson’s bag business is a key pillar for growth, particularly more luxurious handbag designs. “We’ve strengthened the design team and brought in some incredible designers, and [are] really elevating the product more and more to tell that ultra-luxe story,” he said, adding that the company is also working with a more diverse range of tanneries in Europe.

Samantha Cameron, the wife of British Prime Minister David Cameron, continues as creative consultant at Smythson. In the fall, Smythson will launch a new handbag collection called the Eliot, a range of capacious tote bags done in nubuck calf and shrunken bull leather, with shagreen details on the clasps. The collection takes its inspiration from a design that Smythson first produced in the 1900s, and will be priced slightly higher than Smythson’s existing handbags.

Added to new product, a new store design will be unveiled at the brand’s flagship on London’s Bond Street in the fall, and the store will boast double its original selling space. Smythson also plans to renovate more stores in the current fiscal year, in what Janowski described as a “British modern” style. The firm will also launch a new Web site in the fall.

In terms of store openings, Janowksi said the firm has “quite aggressive plans to grow, first and foremost in Asia, and then when the right real estate opportunity pops up in Europe or in America, we will certainly jump on it,” he said. In the meantime, Janowski said the brand has “organic” growth opportunities in the U.K. by renovating the brand’s existing stores. Smythson currently has 12 stores, 10 of which are in the U.K., alongside one in New York and one in Hong Kong.

While Janowski declined to give specific sales figures for the Smythson brand, he said the Smythson group, which incorporates Smythson and Tivoli, the Italian leather goods manufacturer, has sales of 100 million euros, or $132.8 million at current exchange. Janowski also noted that the Smythson brand’s sales have grown at a double-digit rate every year for the past four years.