The men’s wear designer lands a new job after resigning as president and chief creative officer of HMX Group at the end of November. 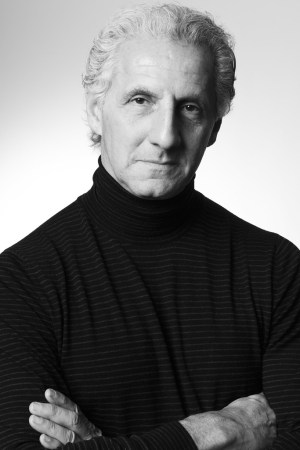 It didn’t take Joseph Abboud long to land another job.

The men’s wear designer, who resigned as president and chief creative officer of HMX Group at the end of November, has been named chief creative director of The Men’s Wearhouse Inc.

Doug Ewert, chief executive officer of the $2.38 billion retail firm, said Abboud will “work with our merchants and sourcing teams to enhance and improve our offerings.” At the same time, Men’s Wearhouse has also acquired Abboud’s Jaz label and will be launching that brand exclusively within its Men’s Wearhouse and Moores stores in the U.S. and Canada.

“We’ll be working with Joseph to develop the Jaz line to fill a niche in our stores with his signature personal style,” Ewert said.

He added that Abboud is also expected to work with the company to develop new brands.

“We currently manufacture a lot of product ourselves,” Ewert said, “and Joseph will improve and expand our private label offering.” He said each of the company’s private brands, which include Pronto Uomo, Joseph & Feiss and Wilke Rodriguez, are spread across all categories of business, ranging from suits and sportswear to furnishings and shoes. “And we’re anticipating the same with Jaz,” he said.

Some 50 percent of Men’s Wearhouse’s mix is private brands. It also manufactures the Vera Wang Black formalwear collection that is sold at its Men’s Wearhouse and Moores stores.

Abboud had conceived of the Jaz brand in 2007, shortly after leaving JA Apparel Corp., the company that bought the trademarks for his name and the Joseph Abboud brand for $65 million in 2000. The line was produced for a short time and has been on hiatus since then.

Ewert said this newly created position is designed to “continue the forward evolution of Men’s Wearhouse. It’s the logical next step for us. Joseph is an authority on men’s apparel, understands tailored clothing and is really a detail guy. He understands how product is built, packaging, merchandising. He’s a men’s designer and a men’s merchant. He will help us elevate our voice of authority and we will leverage that beyond just the creative director role, potentially in our stores and with our customers as well.”

For Abboud, it’s a return to retailing. The designer had worked for Louis Boston for 12 years, before joining Polo Ralph Lauren and then launching his own label in 1987.

“I feel like I’m a retailer trapped in a designer’s body,” he said Wednesday. “I love retail and being able to interact and get the message across to the end consumer.”

His appetite was whetted when he developed the Black Brown 1826 brand for Lord & Taylor in 2008. That brand, which he will continue to design despite taking the role at Men’s Wearhouse, is carried at Lord & Taylor and its sister store, The Bay, as well as at Belk.

“I believe going direct to the consumer is the way of the future,” said Abboud.

He said he will retain his office and design studio in Bedford, N.Y., and will also work out of Men’s Wearhouse’s Manhattan offices, where he is expecting to add a design studio as well.

Abboud said the Jaz collection will be “classic concepts with innovative design — a spin on traditional men’s wear.” The price points and exact launch date have not yet been determined. “We want to make sure the concept and product is right and not rush it,” he said. “But with Men’s Wearhouse’s sourcing ability and critical mass, there should be a strong price-value relationship.”

In addition, he expects to provide the Men’s Wearhouse team with information on market trends and direction and hopes to be involved in the company’s move to go international as well as its long-expected entry into other concepts.