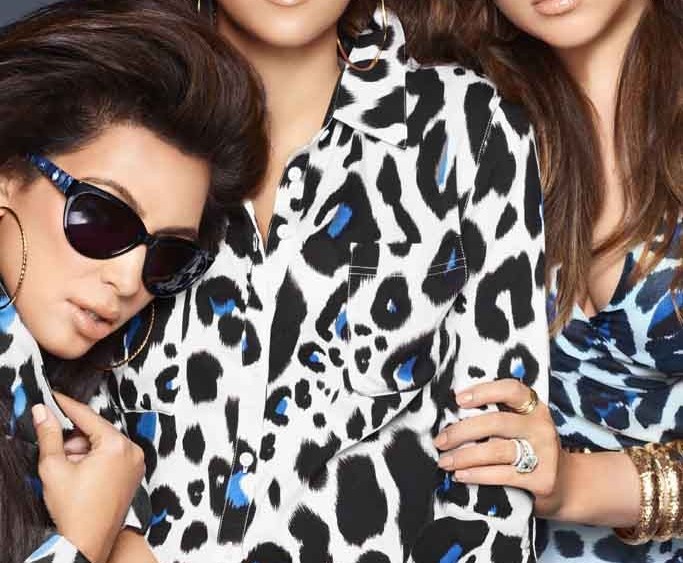 With their licensee, Jupi Corp., and Green’s Arcadia Group, Kim, Kourtney and Khloe Kardashian are launching Kardashian Kollection this fall in 13 countries, stretching from the U.K. to Turkey, Kuwait to Singapore. The line will be offered in some 250 of Dorothy Perkins’ 600 units located throughout the U.K. and on the high-street retailer’s Web site. The department store BHS, which also is owned by Green, will open eight shops-in-shop for it. Franchise stores in Thailand, Israel, Qatar, Malaysia, Bahrain, Saudi Arabia, the United Arab Emirates, Indonesia and the Philippines will round out the retail base.

The wave of store openings marks the second phase of growth for Kardashian Kollection, which bowed last September at Sears in the U.S. and a month later at David Jones, Strandbags and various boutiques in Australia, where Jupi is based. Brazil, Russia and China are targeted for the third phase, in 2013.

Despite concerns across the globe of a weak economy and cash-strapped consumers, Bruno Schiavi, Jupi’s founder and president, is banking on the commercial formula derived from the Kardashians’ fame and retail prices that are capped at $100.

“Retail is tough everywhere,” he said. “The consumer is savvy. You have to be price-driven. Customers always want a variety. It’s about providing the whole package to the consumer, not about the garment.”

The Kardashians’ line was personally approved by Green, owner of U.K.-based Arcadia Group, who previously collaborated with Kate Moss at his other trendy retail chain, Topshop.

“Having reviewed the product with Bruno and the team a few weeks ago, I felt that there was an excellent fit for Dorothy Perkins,” Green said. “I believe our customers will love the fashion looks. They passionately follow celebrity lifestyle, and the Kardashian sisters rank top when it comes to whom they relate to in the fashion stakes.”

The Kardashians are taking their business overseas at a time when their home-turf popularity shows signs of waning. In its seventh season, the premiere of “Keeping Up with the Kardashians” averaged 2.9 million viewers, according to Nielsen. That figure exploded from the first season’s premiere that averaged 898,000 viewers but fell short of the peak in 2010, when the series’ fifth season debut was watched by 4.7 million people on average, Nielsen said.

On newsstands, the Kardashian sisters’ January cover for Glamour was the magazine’s second-worst-selling issue in the first half of this year, as previously reported by WWD. Kim’s solo turn for Allure’s March issue measured 7 percent below the glossy’s six-month average.

Kim reeled from backlash when she filed for divorce from professional basketball player Kris Humphries last October, only 72 days after filming an extravagant wedding for her TV show. She is now dating Kanye West.

Schiavi still counts on the Kardashians. He said Kardashian Kollection is on track to generate sales of $200 million to $300 million in its first year at Sears, which launched apparel, accessories, footwear, jewelry and lingerie at 700 stores. Home decor was recently added to Sears’ portfolio, and a plus-size subbrand called Kardashian Kurvy is introducing denim in the U.S. this month, then sportswear in sizes 18 to 24 in October. The plus-size styles will be offered to the U.K., Middle East and Asia next spring. Schiavi said he couldn’t provide sales estimates for the new foreign markets because the expansion is in its early stages.

Like many things associated with the Kardashians, the marketing program will be an aggressive one. Ads depicting what Schiavi dubs “Kardashian heaven” will be plastered on outdoor billboards and in magazines and windows for Dorothy Perkins stores, which appeal to women between the ages of 25 and 35. To be unveiled in the U.K. and other territories in early November, before the retail launch, the ad campaign will display “what the girls are known about — glitz and glamour. It gives people a little bit of stardom and keeping it real at the same time,” he said.

Adopting the same formula used in the U.S. and Australia, Schiavi said some tweaks were done for the new regions.

“We create new styles for different markets because of climate change, as you can imagine from the Middle East to Singapore, which is a hot climate,” he said.

While the Kardashians lead a tabloid lifestyle, Schiavi said the sisters’ image will resonate, even in the socially conservative countries of the Middle East.

“The girls are larger than life, but they’re not party girls,” he said. “They’re not out at 3 in the morning, drinking and partying. Their sense of fashion is a classic sense of fashion. It’s timeless in what they wear. They’re not crazy with feathers in their hair.”