The Lifetime achievement award winner will join six other honorees in a luncheon ceremony at the Waldorf Astoria oct. 21. 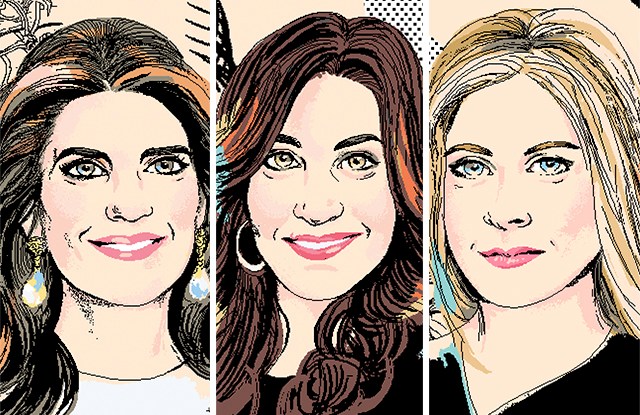 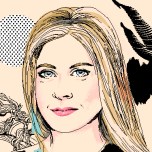 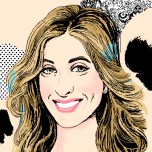 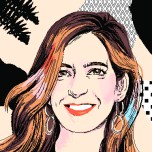 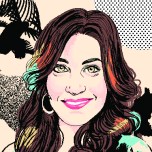 This story first appeared in the October 19, 2016 issue of WWD. Subscribe Today.

ON TARGET: A child of parents who worked in the industry, the beauty business was a natural fit for Karen Fondu. “At the time, it was L’Oréal or law school — I think I made the right choice,” she reminisced.

Retiring as president of L’Oréal Paris USA this year after 37 years with the company, Fondu never hesitated to return the favor, mentoring many young L’Oréal employees along the way. Among the words of wisdom she extolled were instructions to “be yourself,” “have passion for what you do,” “be relentless in your pursuit of excellence” and “never forget the human connection.”

Starting out as a sales representative in hair color, Fondu moved up the ladder to various roles within L’Oréal and eventually became vice president of sales at L’Oréal’s cosmetics division, which included L’Oréal Paris. In 2000, she was promoted to deputy general manager and later president of Maybelline New York and Garnier, ultimately becoming president of L’Oréal Paris in 2008.

Fondu is also credited with expanding L’Oréal Paris’ philanthropic campaign, Women of Worth.

On the business side, she developed a reputation of having a first-to-market approach in embracing new technologies, resulting in a series of blockbuster launches, like the L’Oréal True Match Lumi Cushion. “Trust your gut,” Fondu emphasized. “This industry is all about intuition.”

Retailers will miss her ingenuity, judging from comments like those from Rite-Aid category manager Judy Wray. “She is and always was extraordinary, a spark that made things happen in business,” said Wray. — Ellen Thomas

LOCAL INTEREST: Marla Malcolm Beck is on a retail tear. She just opened Bluemercury’s 100th store in Savannah, Ga., this summer along with husband and cofounder Barry Beck. Following an acquisition by Macy’s Inc. last year for a reported $210 million, she is planning to open another 40 doors in 2017 in regions such as the Los Angeles area, New York and Philadelphia.

“Its all about local, local, local….We like to become part of the neighborhood,” said Malcolm Beck of her retail ethos, which since the beginning, has been about becoming the “friendly neighborhood store.”

Each door carries anywhere from 60 to 100 prestige color and skin-care lines — including Nars, Laura Mercier, Trish McEvoy, La Mer, Darphin and SkinCeuticals — as well as Bluemercury’s own M-61 Skincare collection and a spa in every location.

Malcolm Beck explained that her “local” philosophy could mean operating several doors in one city, which is the case in the Washington, D.C., area, where the Becks are based. The couple opened their first door on M Street in the Georgetown section 17 years ago, and today have 14 doors in the region. She learned that a new store can be as close as one-and-a-half miles away from an existing one — and neither cannibalizes the other. Take New York, for example, which recently opened its 10th and 11th doors in TriBeCa and the Upper West Side, respectively, with a 12th store set to open soon.

Malcolm Beck, who holds both an MBA and MPA from Harvard Business School and Harvard University’s John F. Kennedy School of Government, worked at McKinsey & Co. as a consultant before founding Bluemercury. — Rachel Strugatz

BULL’S-EYE: Katia Beauchamp couldn’t get a job in the beauty industry, so she made one for herself.

When she was 26, Beauchamp with business partner Hayley Barna came up with the idea for Birchbox. They launched it a year later.

Prior, Beauchamp spent about three years working in private banking, underwriting debt for real estate assets in New York and then at a commercial real estate investment bank, focused on mezzanine debt, securitizing and selling the paper in the public markets.

“I actually really had wanted to work in the beauty industry,” Beauchamp said. “I had an internship when I was in college for Estée Lauder and it really left a mark on me. I remember thinking the people were incredibly smart and passionate and that it was an industry full of smart and creative people.” — Allison Collins

EVERY DAY A BIRTHDAY: Beth DiNardo wanted to be part of the beauty business since she realized it was an option.

“The fact that I’m able to make a living coming up with creams and lipsticks is like a little kid finding out that they can have cake for breakfast everyday,” DiNardo said.

Before she got to that level, she went through the traditional consumer packaged goods training at not-always-glamorous companies Pepsi and Tambrands (as in Tampax tampons). When she decided to make the move to New York, DiNardo was deciding between roles at Nabisco, where she had a lot of friends, or Revlon. “My heart brought me to Revlon,” she said.

After she left Revlon, she traveled the world for a year with a friend, specking out their dreams. “Mine was to work at Clinique,” she said. “It was also to own a horse and ride my bike to work and those two things didn’t work out — but Clinique did.”

DiNardo landed that job after a bit of convincing, and then worked her way up in the brand, eventually becoming head of global marketing. From there, she knew she wanted to move to be the general manager of a brand, so she left for San Francisco to work at Rodan & Fields and Darphin. “It was just so different to be under the radar screen, and I would recommend it to anybody — to find that moment in your career where you can be under the radar and see what you’ve got — the things you’re dealing with are so, so different,” DiNardo said.

During her time at Rodan & Fields, the brand decided to pull out of department stores and transition to direct selling. “It felt crazy, but it was super exciting,” DiNardo said. “I think I got a little bit of a bug from that…the entrepreneurial spirit.”

That drive led to her to want to stay on small brands, so when Lauder acquired Smashbox in 2010, she knew it was her chance. “I end up falling in love with what I work on,” she said. — Allison Collins

EYE ON THE PRIZE: Michelle Freyre always wanted to be in marketing, but a move to the sales side midway through her 17-year-career at Johnson & Johnson proved all the difference in sharpening a keen understanding of her customer base.

“In marketing, you think of the consumer, but you don’t spend time thinking about shopper behavior. You can develop a great advertising campaign that drives her into the store, but the moment of truth happens at the shelf, where she may make a different decision,” said Freyre. “That was a big a-ha moment for me.”

Now, president of U.S. beauty at Johnson & Johnson, Freyre has parlayed that customer know-how into developing and marketing iconic products that have stood the test of time, like Neutrogena Makeup Removing Wipes launched in 2004. Freyre is calculating when it comes to introducing innovations, keeping a sharp focus on core products and working with new technology only when it’s revolutionary — like this year’s Neutrogena Light Therapy Acne Mask, which brought clinical LED light therapy to the mass market.

“Innovation should be on top of growing your core-based business,” said Freyre. “Make sure it’s really going to make a difference in the category and be sustainable in the marketplace.” — Ellen Thomas

SEEN AND HEARD: Music and fragrance have been forever linked as evidenced by terminology such as a scent’s top note. Rachel Field harnessed her jazz and classical trumpet training with a desire to improve people’s lives through multisensory experiences to help create Cyrano — an entirely new delivery system for scents.

“This project came about as a collaboration with David Edwards [Field’s professor at Harvard] as a pure experiment in seeing how we could draw more of a multisensory experience into how we think of digital. We kept iterating and iterating until we found what we thought could add value and experience to people’s lives,” added Field who studied mechanical engineering.

The result was Cyrano, a digital scent speaker (which can fit into the cup holder of a car) and mood modification platform that “plays,” or exudes, a sequence of scents called mood medleys designed to create an atmosphere.

Inside Cyrano is a replaceable cartridge with a palette of distinct scents specifically designed by the company’s partner, International Flavors & Fragrances Inc. The current 36 options include scents to invigorate or relax as well as personalized concoctions. The scents last up to a few minutes — long enough to be perceived while avoiding olfactory fatigue, Field said. The experience is controlled through an app called oNotes. The starter package retails for $99.95.

Field said it will be a treat to be among so many “amazing” women at the CEW Achiever Awards. “Being a female engineer, it is rare to have an event attended by this many women.” — Faye Brookman

CHOOSE WISELY: Sarah Hibberson’s tenure at L’Oréal spans over three decades. Her current position as L’Oréal USA’s senior vice president of human resources is one she has held for eight years.

Hibberson’s best advice is “not to become a ‘jack of all trades’ or ‘master of none.'”

“As an h.r. leader, you oversee so many functions from recruitment, compensation and benefits to talent management. It’s important not to spread yourself too thin, and pick the one to two areas where you are really strong and make an impact,” Hibberson said. — Rachel Strugatz