For Those In The Know, Model Karlie Kloss Is All The Rage 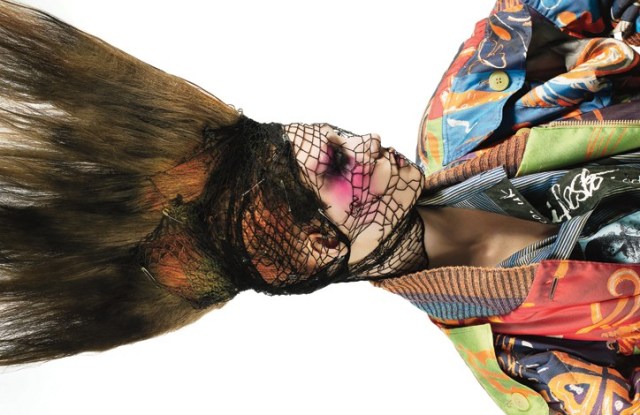 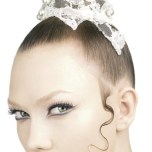 The archetypal girl next door, Karlie Kloss peppers her sentences with hesitant “ums” and breathy girlish giggles. She delights in baking cookies and counts sensibly groomed nails as her ultimate beauty must.

Unlike the typical common-or-garden ingenue, however, the 17-year-old is the model of the moment, a fixture in the pages of American, Italian and British issues of Vogue; a favorite of photographers such as David Sims, Juergen Teller and Patrick Demarchelier, and a staple on runways such as Marc Jacobs, Donna Karan, Chanel and Alexander McQueen, to name but a few. This fall, Kloss’ ad campaigns include Chloé, Sportmax, Lacoste and Marc Jacobs’ hit Lola fragrance.

“I never imagined myself doing this,” says Kloss, whose meteoric rise has led some to compare her career with those of Gisele Bündchen and Kate Moss. “Doors opened for me and I ran with it,” continues the model, who grew up in Missouri and was first spotted at a charity fashion show there. “I’m taking it day by day.”

That philosophy makes for a grueling agenda. During the spring runway season, Kloss—known for her steely downcast gaze—walked 54 shows and opened seven, including Marc by Marc Jacobs, Yohji Yamamoto and John Galliano. “It was a mixture of unbelievably nervous and thrilled,” says Kloss, recalling finding out she was to open the Dior show in Paris. “I think that everybody at some point has butterflies. It’s a good thing, as it reminds us to do our best, that we’re all human and nobody is perfect.”

Her admirers beg to differ. “Karlie has the poise of a dancer; her silhouette is so graceful. She moves wonderfully well,” says Jean Paul Gaultier. “She can wear anything—she is beautiful in couture, beautiful in prêt-à-porter. Karlie inspires and is inspired.”

“She’s one of those girls, like a Naomi, like a Linda, like a Shalom,” muses Galliano, who has tapped Kloss for Dior’s spring campaign. “When I met her for the first time, I just went quiet.”

Like Galliano’s list of supes, Kloss possesses an iconic beauty distinct from the doll-like and Slavic aesthetics that have been all the rage in fashion for the past few years. “She seems to possess chameleonlike qualities,” says makeup artist Pat McGrath, “and morphs beautifully to the specifications of each job she takes on, from casual all-American wholesome looks to all-out stunningly glamorous in couture evening gowns.”

To wit: Her transformation here into two key looks from the season—boho ballerina and punk princess—in a matter of hours, courtesy of hairstylist Paul Hanlon and makeup artist Hannah Murray.

For her part, despite already being a seasoned pro, Kloss seems more than a little amazed by the company she keeps. As well as trumpeting their design talents, she refers to Galliano as “an amazing guy” and Gaultier as “a cool guy,” for instance.

“It’s incredible that I get to be in the same room with Grace Coddington and legends and icons who have shaped the industry and the world in many ways,” she enthuses. “I want to keep growing in my career and branching out.”

Like her role model, Christy Turlington, Kloss is looking into founding a charity dedicated to underprivileged children and babies, and is mulling how to broaden her horizons within the fashion industry. In the meantime, however, there are other pressing matters to attend to—namely, a batch of cupcakes to fete her mother’s birthday.