The annual dinner for the Museum of Arts and Design in Manhattan was cast in a fragrance theme in honor of the museum’s “Art of Scent” exhibition. 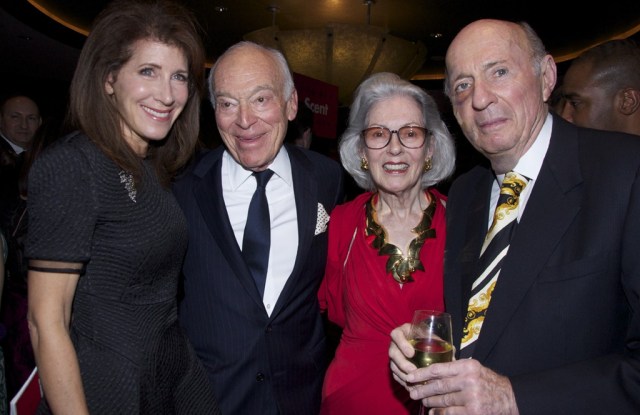 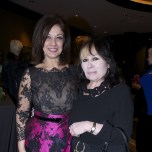 Karyn Khoury, senior vice president of corporate fragrance development worldwide at the Estée Lauder Cos. Inc., was honored Tuesday evening at the Museum of Arts and Design in Manhattan, and Lauder’s top brass turned out in support, led by chairman emeritus Leonard A. Lauder and president and chief executive officer Fabrizio Freda.

Khoury shared the night of honors with Sophia Grojsman, superstar perfumer at International Flavors & Fragrances Inc., and avant-garde fabric designers Joyce and Maya Romanoff. The annual dinner, held at the Mandarin Oriental Hotel near the museum on Columbus Circle, was cast in a fragrance theme in honor of the museum’s “Art of Scent” exhibition, which will run until Feb. 24.

Khoury rewarded those who turned out by expressing her gratitude to all those filling the tables and especially singling out Lauder and Freda. “Leonard, you have taught me and mentored me for the 30 years I have spent with the company. I owe you my career and my success. Fabrizio, I thank you for all of the opportunities and amazing experiences.”

She also saluted the memory of the late Evelyn Lauder as her mentor, boss and friend. Khoury then told of how one day she was sent in to start working with the “one-of-a-kind visionary,” Estée Lauder. Khoury recalled nervously walking through her cavernous office and approaching her desk, where Lauder gave her a fragrance sample to smell. Khoury had thought it was “awful.” After finding a way to break this to her new boss, there was a long awkward silence. Khoury remembers Lauder finally saying, “You’re right. I wanted to see if you would tell me the truth. Now sit down.”

Nicolas Mirzayantz, group president of fragrances at IFF, introduced Grosjman — whose career was filled with landmark creations — as “part mathematician and magician.” Adding that “no one has influenced perfumery like she has,” he saluted her “authenticity and humanity.”

Grosjman told of coming to New York in the Sixties with her family from the Soviet Union. “I am living proof,” she said, “that the United States is the best place on earth, where everyone has a chance for life.”