Girls started gathering at 8 a.m. on Wednesday at The Americana at Brand in Glendale, Calif., to meet the pop star at an Ulta pop-up shop. 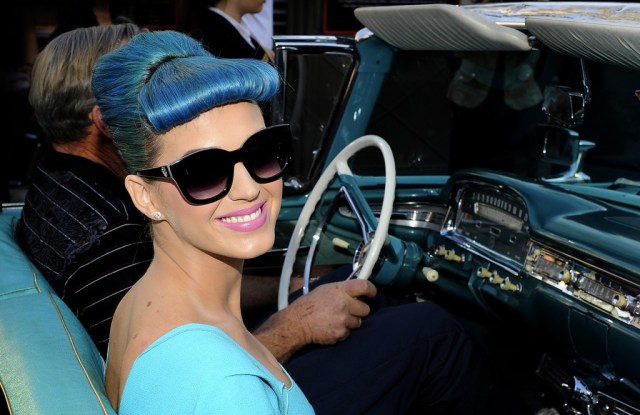 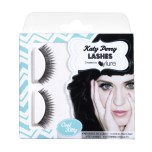 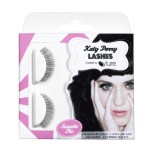 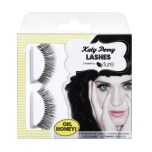 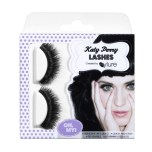 Girls started gathering at 8 a.m. on Wednesday at The Americana at Brand in Glendale, Calif., to meet Katy Perry, who appeared seven hours later to introduce her false-eyelash range with the brand Eylure at an Ulta pop-up shop. With a little guidance, Perry believes American consumers will emulate their European counterparts in wearing Eylure lashes. “A lot of times girls in the States are uneducated on how to use them,” she said. “If you have one or two things to put on in the morning, you put on a bronzer and lashes, and you are good to go.”

Perry took to YouTube to learn the art of applying the lashes, and estimated she’s got the application process down to 30 to 45 seconds per lash. “I have figured out the shortcuts, like with tweezers.”

Perry said she’s toning down her look a bit at the moment. “I’m in a really healthy place. I’m working out and on a wonderful meal plan, and I’m taking my vitamins every day. It is showing up on my physique and face. With all those bonuses, I feel I don’t have to wear as much makeup. I’m still doing fun things with my hair,” she said.

Explaining her current hairdo, she said Chris McMillan created a bob in the spirit of Anna Wintour, sans the bangs, and Rita Hazan concocted a blue hair color inspired by Kate Winslet’s hair color in “Eternal Sunshine of the Spotless Mind.” “I was trying to find a happy medium between crazy and mature,” said Perry. If the expected success of Katy Perry for Eylure is any indication, Perry could have a lucrative brand on her hands. Simon Zussman, managing director of Eylure, said the brand’s collaboration with London pop group Girls Aloud has generated $65 million at retail since 2009, and he anticipated Perry’s lash products to generate at least that much in as little as 12 months.