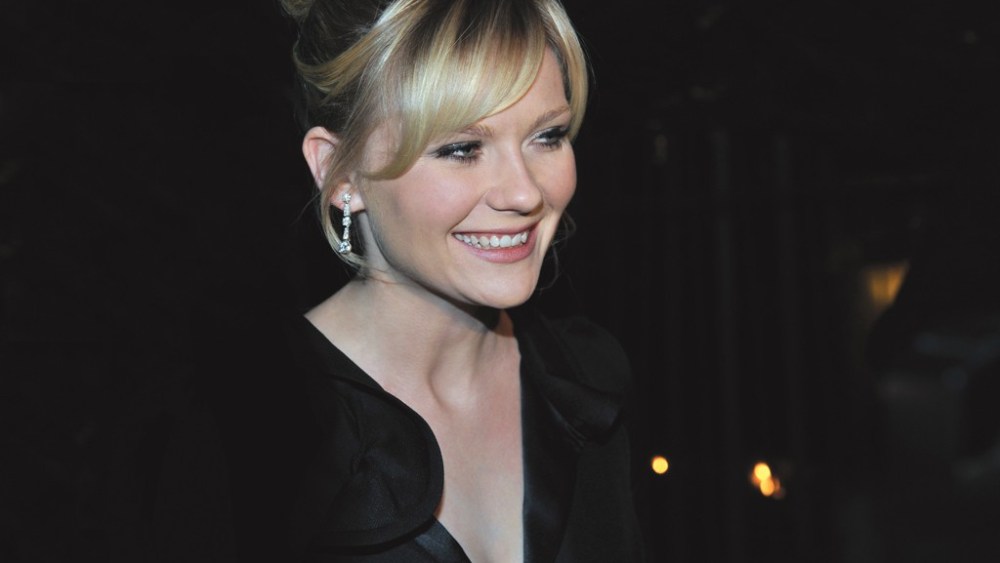 PARIS — Kirsten Dunst has had hair-raising experiences in her rich acting career so far. The actress grants her hair looks the most fantastic in Sofia Coppola’s “Marie Antoinette,” with all the dramatic updos.

“But for me it was two hours teasing — I literally had doll hair at the end; it was so fried because of all the hair spray,” she admits, laughing. “So that was not fun for me, even though it looked really amazing.”

Dunst erupts with laughter a lot. It rolls through the suite she’s sitting in at Paris’ Hôtel Le Meurice on Wednesday, her long, blonde tresses undulating gently. Dunst is in town as the first L’Oréal Professionnel spokeswoman.

She’s bubbling with reminiscences. For Lars von Trier’s “Melancholia,” in which Dunst plays a depressed woman (a role that garnered her a best actress award at the 2011 Cannes Film Festival), a chunk of hair was snipped out from the back, so it looked like she cut it herself. Dunst says, “They just wanted it to look a little handmade.”

“In ‘The Virgin Suicides,’ we all looked like a beautiful campaign, just because everyone had the blonde hair and the sunlight — it was so ethereal,” she continues.

For her role at L’Oréal Professionnel, meanwhile, Dunst feels she can be herself.

“I feel very honored,” she says of the recent appointment, which this year involves her fronting the launches of the L’Oréal-owned brand’s Wild Stylers from Tecni.Art, Beach Waves and Absolut Repair Lipidium.

Dunst isn’t in the City of Light for long, so she won’t get to take in any of the men’s ready-to-wear shows that kicked off Wednesday or couture, beginning Monday.

“I wish. No — I have to go to work,” she explains, referring to the filming that starts next week in New Orleans for Jeff Nichols’ “Midnight Special,” also featuring the likes of Michael Shannon and Joel Edgerton. “It’s a great cast, so I am really happy.”

Dunst is less reticent on the subject of stage acting, something she’s not yet tried but might. When the actress saw “August: Osage County” in New York City, Dunst thought she would love to be in that play, an ensemble. She wouldn’t like to be a lead her first time on stage, though.

“The closest I ever got to live performance was ‘SNL,’ and I had one of the best times of my life,” she says of the television spot in 2002.

Dunst also says firmly that she would sing in movies, “but I’m not putting out an album.” (She laughs.)

Dunst describes singing “Turning Japanese” for Murakami’s art instillation as “terrifying to do.” Dressed like a Sailor Moon character, she was videoed in Tokyo’s Akihabara district.

“They didn’t block off areas, so I’m just singing like a music star, but there are all these people. I’m like, I’m not a music star and I’m singing along in the streets,” she remembers. “I had to just go for it, but it wasn’t my cup of tea.”

Compounding complications was the choice of The Vapors’ song to cover. “[It’s] kind of the hardest song to sing because it’s sung by an English guy,” she says.

“I love this dress,” she says. “It kind of looks like a fancy, hippie dress.”

Dunst describes her fashion style as “classic, but not too conservative,” explaining, “It depends on how I feel.”

Currently, she seems to feel at ease in Paris, saying, “Well, luckily I’ve spent enough time here now, so I have friends.”