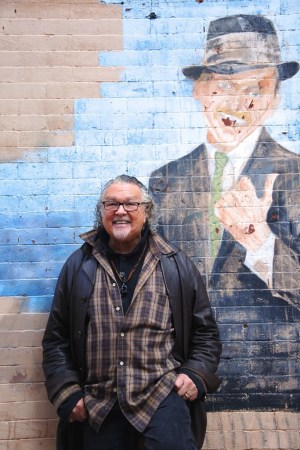 Larry Zarsky, co-founder and co-president of celebrity licensing company Icon Partners LLC, died from lymphoma on March 31 in East Northport, N.Y. He was 72. The lymphoma was a result of bone fractures Zarsky sustained when he was hit by a car three years prior.

Before founding Icon Group, as it was called in 2003, Zarsky ran a juniors casual apparel company called Zap Ltd. with Alan Pfeifer. The company was the exclusive sales agent of the Generra women’s apparel licenses, for which it also oversaw design and merchandising. Later, under another company called Alco Enterprises, Inc., Zarsky and Pfeifer acquired the juniors and men’s denim license for Smith’s American.

Born in the Bronx, Zarsky began his sales career in the Sixties in Miami has a rep for Bic pens. He also sold Playtex swim caps and Sweetheart paper products before switching to apparel. Moving West to San Francisco in the late Sixties, he joined Esprit de Corp., where he was a top sales executive for a decade. He also brought brands such as Mexx to the American market.

In 1996, Zarsky moved back to New York, where he and wife Patricia began doing celebrity licensing, first with rapper Ice-T. “When we began to notice that there were more celebrities than models on magazine covers, we knew we were onto something,” she said. When Zarsky brokered a deal for Vince Camuto to acquire the Jessica Simpson master license in 2005, the $15 million up-front payout was believed to the biggest fee paid thus far in celebrity fashion licensing. “We are bringing Vince the crème de la crème,” Zarsky said at the time.

Among Icon Group’s other clients were Usher, whose fragrance won a Fifi Award for Male Celebrity Fragrance in 2010, Kanye West, Ciara, Naomi Campbell and Carol Alt.

Pfeifer, who was also a close friend, said, “Larry was very outgoing and immediately made friends with everyone. He was the hook and I was the nail in the partnership.” He recalled that Zarsky frequently had the room in stiches with his impression of Marlon Brando in “The Godfather.” “He lived a loud, noisy life, and he didn’t do anything halfway,” said his daughter Karie Bennett.

Memorial services are planned for early summer in Big Sur and the Hamptons. In lieu of flowers, the family asks that donations be made to the Leukemia and Lymphoma Society.