The descendant of the Remington Arms dynasty launched Vênsette — a hair, makeup and nail service available at any Manhattan doorstep. 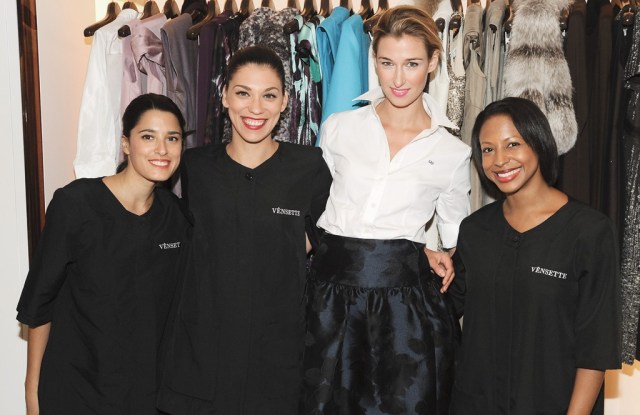 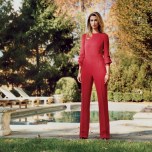 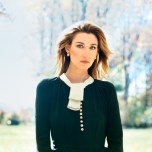 Imagine if the Avon lady was Pat McGrath and Guido Palau rolled into one. That was the brainstorm of Lauren Remington Platt, a descendant of the Remington Arms dynasty and staple of the New York social scene, who turned a personal beauty conundrum into a successful online business venture called Vênsette—a professional hair, makeup and nail service available at any Manhattan doorstep.

While working as an analyst at a New York hedge fund, the Columbia University graduate, now 27 years old, was frustrated that the nearest hair salon closed at 6 p.m. So if she had an evening event, Platt would sneak away at lunchtime for a blowout. Then after work, she’d dash to Bloomingdale’s makeup counter for a touch-up.

“They had pretty good [makeup] artists. I think I knew what I was getting wasn’t great, but for that three-product minimum, $120, having a professional put on my makeup was really worth it,” says Platt, while confessing she ended up with oodles of products. “For me, it’s not really about the product. It’s about who’s putting it on and the application.”

And so Platt decided to mount a professional beauty service for busy, affluent women like herself.

“Not only should [the service] come to the consumer, but [it] should come in a consistent and reliable way,” she explains. “I was predicting that if you made this more accessible, women would be willing to pay extra for that convenience.”

Platt notes that the traditional business model of the beauty industry has not yet been significantly disrupted like other sectors (think Gilt Groupe and fashion retailing). In her view, digital and service provide a lot of white space. So 20 months ago she launched Vênsette.com from her living room.

“Vênsette is not a new idea,” says Platt, pointing out women have been getting beauty services for eons. “But how Vênsette is really changing the way women experience this is we’re integrating technology. At the same time, we’re consolidating a fragmented freelance beauty artist industry through our training, screening [and] preliminary background checks. We are then delivering that to the consumer through the click of a button.”

Comparing Vênsette to inspirational business models, she says it’s “really the Uber of hair and makeup meets the consistency of Starbucks.” Mentoring Platt on the project have been first and foremost Cindy Palusamy of CP Strategy Inc. and Marvin Traub Associates; Vogue’s Anna Wintour, plus other entrepreneurs and the tech community.

Vênsette’s clients are well-heeled, professional women who need to look good. They’re mobile, savvy shoppers aged 20 to 60-plus, who can discern marketing spin.

“Our consumer base is women who [shop] for designer brands. They’re shopping for luxury experiences. They have the accessory; they have the designer dress and shoes. And the hair and makeup is just a natural extension of that,” says Platt, who describes her own fashion style as “classic with an edge.” (For a meeting, for instance, she’ll wear leather pants with a blazer or jeans with heels and a button-down shirt.)
Platt adds Vênsette has a large database of international clientele and a robust corporate clientele model, with more than 45 luxury brand accounts.

“Really, because of our price points and because we’re literally an army of artists, you can have 20 appointments at 4 o’clock,” she says.

Platt calls Vênsette “product neutral,” but contends the product part of the business organically follows from the service. In this way, she has inversed the traditional product-makeover paradigm.

Today, Vênsette has offices (“thank God,” laughs Platt), and on the horizon are launches with two major luxury hotel groups. The company is hiring, plans to roll out nationally and will make its services available to a wider demographic.

As the company grows, Vênsette’s membership-based platform—created originally in part to manage the appointment ebb and flow and learn about its consumers—will be dissolved; product will be incorporated in a stronger way, and beauty looks will be more trend-based, with seasonal updates to reflect what’s on the runway.

“But it will be with the Vênsette voice and the Vênsette twist, which is making something that’s happening in fashion wearable and applicable to everyday life,” says Platt. “That really goes back to our motto…which is looking like yourself, only better.”