Leslie Blodgett: What I Know Now

As she celebrates her 20th year with Bare Escentuals, Leslie Blodgett, the woman responsible for its phenomenal success, reflects on what it takes to win. 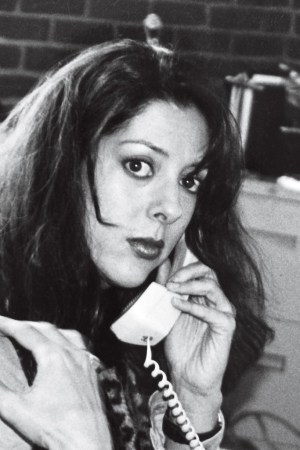 WHAT’S WRONG WITH BEING THE UNDERDOG?
There are top dogs and underdogs in life and in business. No matter how large your corporation becomes, lose the ego and keep the hustle. Humility, quick-thinking, seed-planting, risk-taking and the unstoppable drive to win describe people who haven’t quite made it yet. I realize Bare Escentuals has become a large company on paper, but we’ve always behaved like an up-and-comer. It’s attitude, not size,
that counts.

ARE YOU FRANK?
Being an authentic brand has always been one of Bare Escentuals’ hallmarks. However, it’s a sentiment that has become so watered down these days. I prefer being frank. It means being a professional “explainer,” which leads to faster understanding and less explaining later.

I realized that was exactly what I was doing on QVC for 17 years. Being transparent doesn’t leave much room for interpretation. When you make a mistake, own up, and when you communicate, try not to sound like a company. When we were acquired by Shiseido in 2010, I personally phoned leaders in our customer community before the press release went out. It’s not enough to say you’re authentic. You actually have to mean it and show it.

140 CHARACTERS
Gilmour DeMink, Kesha Prindle, Lisa Kilinski and Amy Brent. That’s four. These are the characters who truly imprint on the brand, customers who have been fans so long their daughters have grown up with us. All the phone calls, all the letters and face-to-face chats—they don’t disappear into cyberspace. They get passed around to the characters who work in the home office. Customers have collaborated with us for years and helped shape our strategy. Hey, I love Twitter for the latest news, quips and happenings, but not as a tool to get to know what people are really thinking. You still need to create special outlets for these conversations to happen. It’s not on Twitter.

THE JAY EFFECT
When a brand starts moving into new territory, like we did with a liquid-format foundation, it’s smart to listen to the periphery. Last month, Luawanna, a loyal customer from Sun Valley, Idaho, felt compelled to e-mail me about a heated debate she and her husband, Jay, had over dinner one night. Jay told his wife we were “not staying true to the brand” and felt we were “selling out” because we said we would never launch anything resembling a liquid foundation in the past. What do you do with this information? You can: 1. My god! Celebrate that this married couple is discussing your brand over dinner. Or 2. Ask yourself if Jay is saying what thousands of people may be thinking.

Listen to the husbands who are also invested in the brand—they can help inform communication and roll-out strategy on sensitive subjects that need care. The Jay Effect is now a symbol at Bare Escentuals—a reminder to listen to all voices, not just the usual ones.

GRATITUDE SCALED
Oh yes you can. Just because you aren’t small and nimble anymore doesn’t mean you can’t prioritize the love and gratitude you feel towards your customers. Process and procedure can easily use up company resources, but at Bare Escentuals, it’s nice to see a dozen cupcakes arrive on the doorstep of some of our fab customers (not on their birthday either). An even better idea is having the entire team at headquarters send handwritten notes to loyal customers with adorable, personal messages. Someone from Indiana is going to find out that Kenny from IT has a cocker spaniel named Ikea, and I promise you that will be a lot more memorable than another e-mail offering 20 percent off in her in-box.

ENCOURAGE M.O.M.
There are only so many egg-white omelets one can endure. In the past year, I retired the breakfast meeting and after-work cocktails and launched M.O.M.—Meetings on Mountains. Crisp air, coastal views and no note-taking: The rhythm of the strides actually feels like a team sport and at the end you have accomplished more than a hike. You get fresh thinking and open minds because there are literally no boundaries. A positive side effect is that petty doesn’t belong on the mountain top—just the important stuff. Of course, it doesn’t hurt to live in the Bay Area surrounded by nature’s bounty, but walking anywhere with fervor is an automatic win for juicy ideas and valuable problem-solving.

FUTURE GENERATIONS
I visited two companies in the last week, the Tesla Motors factory and The Honest Co. They share a similar philosophy—both invite their rivals to produce competing products with the goal of making the world a healthier place. They see the big picture and want to improve the lives of our grandkids. What does that look like for the beauty industry? Can we still have a robust business without using scare tactics? Is it necessary to ding self-esteem in order to build it up? I still feel pretty strongly that excessive retouching doesn’t belong in our industry. We all need to embrace that, and it will take some time to catch on. But it will be worth it to see our kids approach middle age with a confident sense of self.