How executives from Sue Kronick to Andrea Jung have translated their training throughout their careers. 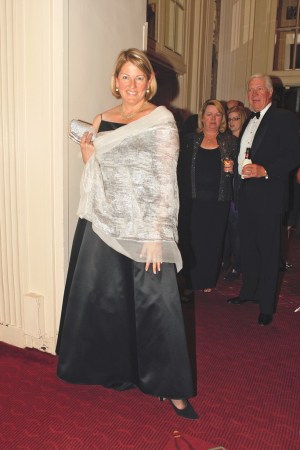 Lester Gribetz, president of Lenox Corp., worked alongside Traub at Bloomingdale’s for 42 years: “He was a mentor from the days when I was a trainee at Bloomingdale’s. I bless him for caring enough about me and for making sure the path for growth and success was really endless. Whatever I needed to do, he supported me. What we did together was sort of magical. It was the beginning of the success of Bloomingdale’s.

“Marvin’s strength is his impeccable timing and his feeling for merchandise and talent. He was blessed with the innate ability to discover and support talent to the degree that was necessary to be successful.

“He holds creativity in the highest esteem. He has a willingness to support talent and give you total freedom to do what you wanted. Most top executives don’t have that talent. His DNA was to discover, motivate, propagate and support the person. Look at his graduates — everybody from Sue Kronick to [Millard] Mickey Drexler.

“When I left Bloomingdale’s, I joined Marvin at MTA [Marvin Traub Associates] as his partner, then went out on my own as a consultant. If you could work 172 hours a week, you could work for Marvin. When China was recognized by the U.N., we had a show the next day. Then we did India and Israel. I think more people got married on the escalators at Bloomingdale’s. Saturday afternoon was pick-up time at the store.”

Sue Kronick, former vice chairman of Macy’s Inc.: “I wrote the forward to Marvin’s last book. He’s been a extraordinary mentor to scores of people. He’s an Energizer bunny. His energy has been a tremendous example, as has his curiosity.

“What makes him special is his insatiable curiosity about people and ideas — that has been unstoppable. That is the engine that keeps retail going. He’s an explorer and a matchmaker. He thinks horizontally about ideas and people and he gets a kick out of it.

“He and my father went to Harvard Business School together — he’s known me since I was born. I was a general merchandise manager at Bloomingdale’s and director of stores. I spent 20 years at Bloomingdale’s, the lion’s share with Marvin.

The two important things I learned from Marvin: Make sure the merchandise is exciting, and be creative about how you develop people. When you grew up at Bloomingdale’s in the Seventies and Eighties, you knew you were on the ‘A’ baseball team.”

Robin Burns-McNeill, chairman of Batallure Beauty: “When I think about starting in 1974 on the training squad right out of college, it truly was like no other store in the world. Marvin was the leader and the visionary. He put into place the culture and mode of operation. ‘Extraordinary’ was the standard. You were taught not to just imagine the impossible, but to go after it and deliver it. That was instilled in all of us. The lessons I learned there that Marvin put into place are some of the most valuable lessons I had to take with me for the rest of my career. One was making the product and customer experience extraordinary. I remember going to the market and walking into a showroom. I wasn’t concerned about a competitive store beating us to the punch, I was concerned about another buyer from Bloomingdale’s getting there first. I also learned how to optimize a winner. Take Giorgio of Beverly Hills. We had no idea the demand would be so high. I remember Marvin and Lester Gribetz saying, ‘What have we got here and how big can it be?’ When I was the men’s fragrance buyer, Marvin wanted to position men with spritzers near the doors and escalators for a Calvin Klein launch. I looked in restaurants for handsome men because that’s where you find unemployed actors. There were all these gorgeous men.

“And Marvin’s energy — you had to run behind him.”

Andrea Jung, chairman and chief executive officer of Avon Products Inc.: “I worked for Marvin in the early Eighties, and we all learned from him that if you believe in people and give them chances early at big jobs, they won’t disappoint. He was also a huge believer that women should get every equal opportunity to succeed in the retail business.”

Arnold Aronson, managing director of retail strategy at Kurt Salmon: “Marvin is responsible for the training and development of so many senior retail executives of our time. He was very foundational in developing the tag line, ‘Like no other store in the world.’ Marvin popularized the store as entertainment. He invented customer experience and made Bloomingdale’s a household name internationally. Marvin had a huge respect for [anyone with] a superior fashion sensibility and a high taste level.

“From Marvin, I learned that the devil is in the details. He gave his people the equipment to do their jobs and exposed you on trips to all the cultural museums, where the underlying products of those countries were produced. That was a very broadening experience.

“Marvin was very competitive and still is. He needs to be first and needs to be the best. The amazing part of Marvin is that he’s made the second part of his career as exciting as the first. He’s a most active participant in the industry that made him.”

“Bloomingdale’s was an exciting place to be and be seen. It was a gathering place as well as a shopping experience, with country promotions and multiple restaurants. Marvin was the mastermind of that.

“Nothing was too difficult or insurmountable. Where everybody else saw problems or obstacles, Marvin always had solutions. His vision has always been global. He wanted to bring the best of the world to Bloomingdale’s.

“Marvin has always found a way through all his multiple transformations in the business of staying current and relevant and connected. He’s so keenly aware of the world around him. He embraces life and wants to be relevant and remembered. He wants to make a difference and have an impact. People love working for him. His network of relationships is remarkable.”

Russell Stravitz, an entrepreneur and former chairman of Rich’s: “I worked directly for Marvin for 20 years. He was a mentor for many years. He was certainly a very challenging and tough taskmaster, especially with people he thought had potential. He has this uncanny ability of raising the bar no matter what we accomplished. If we had an exclusive, he wanted it to be a world or planetary exclusive. That was one of the things that transformed Bloomingdale’s.

“I got there in 1969 and over the next 10 years, Marvin transformed Bloomingdale’s from a company that followed the market to a company that made the market for designers and trends. We thought it up and it became a product. That’s one of his incredible talents — driving the search for the ideas or trends rather than waiting for them to come to Bloomingdale’s.

“At one point, I left Bloomingdale’s to work at Bullocks in L.A. [another Federated Department Stores Inc. division]. Then, I returned to Bloomingdale’s to work for Marvin on the store’s organization. One day I had breakfast with him at his apartment in Manhattan. I had been used to working seven days a week for Marvin. I told him, ‘Marvin I have a son and I want to spend time with him.’ Marvin said, ‘Absolutely, I have my family, I have my kids. That’s what Sundays were invented for.’ I took the job.”

Denise Seegal, executive director of M Magtague Holdings Ltd., Magaschoni Inc.: “Marvin Traub is a brilliant merchant, leader and international statesman for our industry who has shaped and changed the retail experience for consumers around the world. He has been a wonderful mentor to me throughout my career, beginning at Bloomingdale’s, as well as a mentor to many designers and generations of executives in the fashion business.

“Marvin continues to inspire me with his innovative mind, accrued wisdom, relentless energy and global leadership. As a very young person — 26 years old — I was brought into this incredibly exciting world of designers. Marvin took us to Europe to the shows. I was going to Yves Saint Laurent, Valentino and Sonia Rykiel as a buyer at such an early age, and having meetings at the Maurice hotel with Marvin, Kal Ruttenstein, [the late Bloomingdale’s fashion director,] with all the buyers, divisionals and gmm’s. Marvin wanted insight from all his team. What did you see? What was exciting? He helped shaped a lot of designer businesses and introduced them to the U.S. He’s been in my life since I started at Bloomingdale’s. I have lunch or breakfast with him on a regular basis and I value his insights.

“He continues to learn about what’s now and what’s the future. He’s not in history. He’s living every day to his fullest, so he’s very relevant with today’s generation. Marvin knows exactly what’s going on. I would love having his relentless energy.”

Jim Gold, president of specialty retailing at Neiman Marcus: “I first met Marvin when I joined Bloomingdale’s training program in 1986. I was immediately struck by his passion for the business. It was thrill to see him on the selling floor and talk to him about product in my area of responsibility. Marvin cared about everyone’s opinion, even those of us who were just out of college!

“When I decided to apply to Harvard Business School, Marvin was incredibly supportive. Even though I had only been with Bloomingdale’s for three years at that point, he agreed to write a letter of recommendation on my behalf. Typical of Marvin, he did so with tremendous purpose and professionalism, even taking the time to interview me before writing the letter. I’ll always be grateful for the interest he took in me, especially given his relentless schedule.

“Through the years, I have continued to meet with Marvin on a regular basis to catch up on industry matters. Marvin is always plugged in. I have such enormous respect for him, and he never ceases to amaze! He is among the most curious, passionate and tireless people I have ever come across, and these qualities are as evident today as they were 25 years ago.”