The chief executive officer of Coach is a strategic investor in Flywheel, an indoor cycling company. 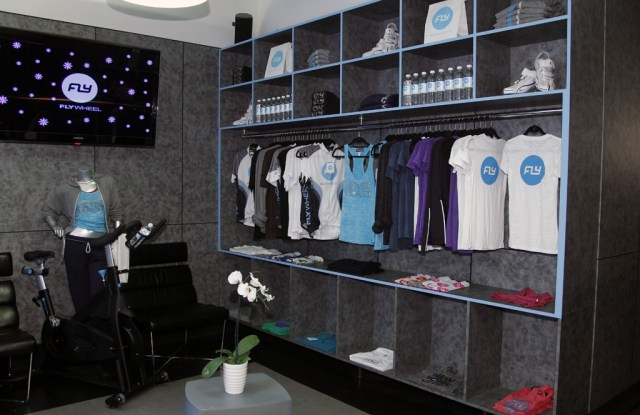 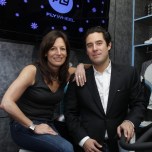 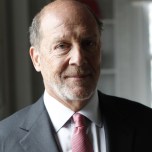 With nothing but words of encouragement and the persistent bump of adrenaline-pumping tunes willing him to continue, Lew Frankfort gritted his teeth and began peddling faster.

A self-professed “health nut” who works out five times a week, the chief executive officer of Coach Inc. was doing more than just getting in his first grueling workout at Flywheel Sports — he was trying out his latest investment.

“I’m passionate about building brands, and Flywheel resonates with my lifestyle,” Frankfort told WWD. “The company is in its very early stages. I believe the potential is limitless but it needs to be done with care.”

With five locations in New York, one in Florida and another in Chicago, Flywheel, the two-year-old indoor cycling chain, is gearing up to more than double its footprint by the end of 2012. According to the company, it will likely amass more than $20 million in revenue this year.

With the help of Frankfort, who became a strategic investor in February, the spin club, which is already looking to expand internationally, will open 20 doors in the U.S. and will broaden its retail presence within its own clubs during the year. Currently, Flywheel sells a small collection of primarily branded athletic apparel that is also set to grow.

Introduced to the chain by his daughter Alana, who is a spin enthusiast, Frankfort decided to invest because he saw that the chain had a similar philosophy to his own company.

“I look for a distinctive proposition, something that is unique and not offered by other people. I also look for clarity of thinking about the proposition,” he said. “In the case of Flywheel, it’s an experimental brand that helps people feel good. They develop a strong loyalty when they have a positive experience, and Flywheel develops lasting relationships, one customer at a time.”

Frankfort, who said he would play a limited role in developing retail and other consumer-related projects, knows how to pick a winner. He has confirmed that he is an investor in the successful denim company J Brand, as well as BodyArmor, an all-natural sports drink that will eventually be sold at Flywheel. It is also rumored that Frankfort is an investor in Tequila Avión, but it’s highly unlikely that this beverage will grace the cycling club.

Behind Flywheel’s success is co-founder and president Jay Galluzzo, who is also a partner at venture management firm Tricera Partners, and Flywheel co-founder and creative director Ruth Zukerman, a fitness instructor who helped launch Soul Cycle.

“We run this place like a restaurant,” Galluzzo said. “We don’t want it to be like a gym.”

While the locations house a spin studio and a yoga studio for barre classes, it does operate more like a self-service buffet than a full-service restaurant. Cyclists pay $30 to reserve a bike online, upward of a week in advance. Flywheel provides a pair of cycling shoes for the class, as well as amenities like bottled water, newspapers, towels and various post-workout snacks.

There’s no fancy locker room or spa like many upscale gyms, but the spin room is more spacious and the bikes, which incorporate a stadium-style layout, have performance-tracking technology. Classes are also taught in virtual darkness, with one spotlight fixed on the instructor, so as to make riders focus on their progress and not their neighbor.

Putting that aside, the genius of Flywheel is its staff.

Employees are encouraged to apply to different jobs within the company, and they get stock options. Typically, fitness instructors go from job to job, but at Flywheel, they are able to earn a livable wage, said co-founder Zukerman.

“It’s boutique but it is not exclusive or snobby or intimidating,” she noted. “We are building a culture from the ground up here.”