Orzeck, who cofounded Hanky Panky, came across more than 750 posters from World War I and World War II in her family’s home basement. 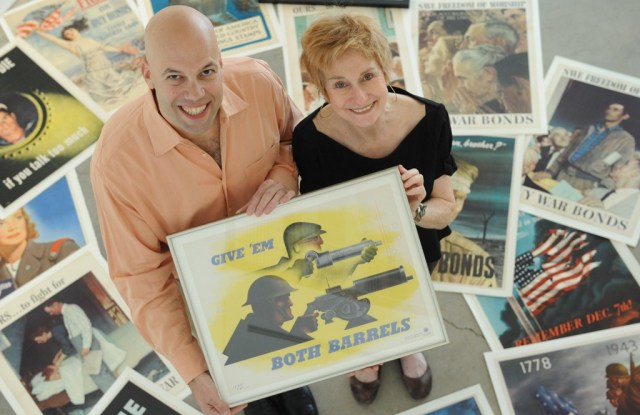 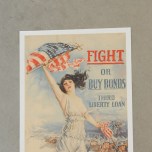 Signature thongs might be dear to Lida Orzeck’s heart, but the lingerie maven has a secret collection that few industry insiders are aware of: vintage war posters.

Orzeck, who cofounded Hanky Panky with Gale Epstein in 1977, came across more than 750 vintage war posters from World War I and World War II in her family’s home basement that her father, David Orzeck, a Brooklyn doctor, had meticulously collected. Discovered in 1970, the posters — of which few pristine prints remain with the exception of the National Archives and the Library of Congress — were in mint condition, neatly catalogued and folded in brown wrapping paper from grocery stores.

“I had no idea my father had collected all of these posters. The posters were free and were meant to generate revenue for the war effort, for war bonds. They were mass produced and meant to be thrown away.…But my father kept them and they are a treasure,” said Orzeck.

Among the artists who painted wartime posters were Norman Rockwell, with his iconic “Four Freedoms” series, painted for The Saturday Evening Post, which sold millions of dollars of war bonds during WWII, as well as James Montgomery Flagg’s World War I poster of Uncle Sam declaring “I Want You for U.S. Army.”  Artists from the fashion world also contributed their efforts to wartime posters, including Howard Chandler Christy, whose allegorical “Christy Girl” stands in front of the American flag.

Over the years, Orzeck patiently had a number of the first-edition lithographs professionally mounted and framed, and she eventually talked Steve Berger, husband of the company’s vice president of sales, Brenda Berger, into curating the collection. Berger had to learn art conservation techniques to preserve the lithographs, which were printed on thin, inexpensive paper during the wars.

Berger said the posters, which were displayed in town halls, post offices, hospitals and schools, as well as outdoors, where weather often destroyed the original works of art, were key in reaching the masses.
“The artists were household names, they were celebrities,” said Berger.

“Lida was very casual when she talked about the collection….I thought there were a few posters, and then I saw hundreds of original lithographs and realized it as a real collection,” said Berger, who created Vintagewarposters.com, a Web site on which the posters can be purchased.

The receptions featured a nostalgic “cigarette girl and pin-up girl” theme from the Forties that Hanky Panky has used at the lingerie brand’s marketing events.

The original lithographs will be offered at prices ranging from $300 to $2,000. A portion of each sale will benefit Community Hope, a Parsippany-based charity that works to serve homeless veterans.