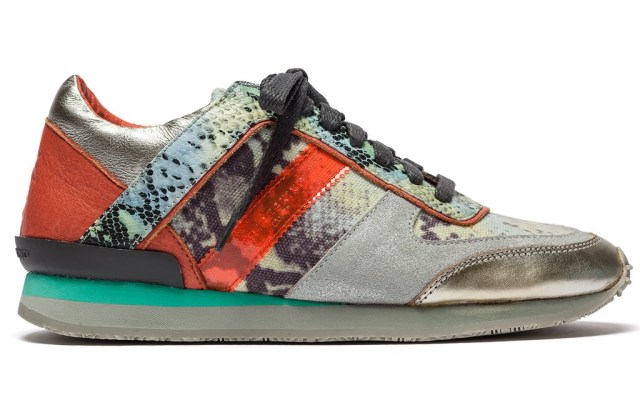 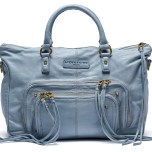 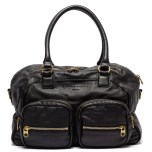 The new year began with a new management team for Liebeskind Berlin, the handbag, accessory and shoe brand with a Bohemian vibe.

S.Oliver, a German fashion brand with stores throughout Europe, took a 50 percent stake in Liebeskind in 2010. Liebeskind is now a wholly owned subsidiary of S.Oliver.

Liebeskind, which is expanding its store base and product range, hired Steinbruck in part for his ready-to-wear experience. Steinbruck, who previously was creative director of Elie Saab, also held posts at Dior and Kenneth Cole. He joined Liebeskind from Porsche Design, where, as creative director, he introduced rtw and updated the brand’s watches, handbags and accessories.

At Liebeskind, Steinbruck is expected to launch apparel as well as refine the advertising and imagery of the company.

According to industry sources, Liebeskind does $200 million in wholesale sales annually. The brand operates 50 freestanding stores in Europe. It plans to open 28 stores this year, including three in the U.S. Liebeskind’s only Stateside store opened in 2012 on Lafayette Street in SoHo. The brand has a strong wholesale business with Anthropologie and Bloomingdale’s.

Asia is also a priority for the company this year.

The majority of Liebeskind’s sales in Europe, or 60 percent, comes from company stores, with wholesale accounting for the remaining 40 percent. In the U.S., 95 percent of Liebeskind’s business comes from the wholesale channel. The company wants its U.S. business model to more closely resemble the European one. “The U.S. is the target growth vehicle for Liebeskind for the next three to five years,” a spokesman said.

Liebeskind made its mark with well-priced high-quality leather handbags, accessories and shoes. While a price tag of $1,000 or more is not unusual for a designer brand’s logo and brass hardware, Liebeskind’s designs are less than half that price. The company has been able to lower its costs by streamlining the production cycle.

Liebeskind products have a bit of an edge, with many styles decorated with fringes or studs. “The brand sees its customer as the Brooklyn girl who goes out to hear Indie bands and drinks beer,” the spokesman said.