Greg Ullery, co-founder of the hot men’s brand Riviera Club, will serve in the new position of senior director of men’s concept. 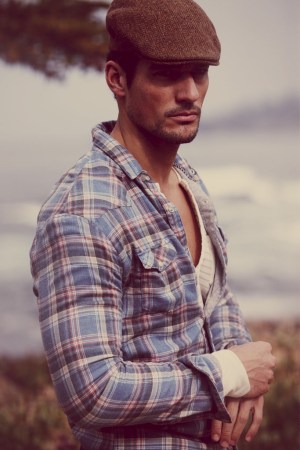 Lucky Brand has brought Greg Ullery, co-founder of the hot men’s brand Riviera Club, on board in the new position of senior director of men’s concept.

“Matt and Greg are experts in their respective fields with proven track records of creative success,” said Dave DeMattei, chief executive officer of Lucky Brand. “They will bring new energy to Lucky Brand and we’re very excited to welcome them to our growing team.”

DeMattei said the appointments reflect the company’s new emphasis on elevating its men’s business as well as its creative message.

“Our business has been terrific and in the past two years we’ve been working on augmenting and refocusing to where the opportunities are,” he said. Lucky has traditionally been a denim, graphic T-shirt and Western shirt brand, he noted, but the company is working to branch out to additional “lifestyle” categories, including an expanded knits and wovens offering.

DeMattei said he became acquainted with Ullery when he designed a capsule collection for Lucky that will be in stores this fall. The collection — Lucky Brand x Riviera Brand — will offer casualwear pieces such as thermal and flannel shirts, blazers and other pieces that complement the denim. In his new role, Ullery will further augment the men’s offering for fall 2013.

Ullery began his career in 2000, when he and a friend developed a collection of original men’s wear for California surf shops. Riviera Club was launched in 2008 and its vibe is casual West Coast-inspired fashion. The brand was a semifinalist for the GQ-CFDA Best New Menswear Designer award last year.

Berman has collaborated with leading art and fashion photographers and has worked with LVMH Moët Hennessy Louis Vuitton and Bergdorf Goodman.

“We’ve made great strides in our creative campaigns over the past two years and know that Matt will help elevate our concepts even further,” said Wade, noting that Berman will oversee all print campaigns including advertising, catalogues and customer mailers.

“We want to elevate our marketing and increase our spend,” DeMattei said, “as we continue to position Lucky as a denim lifestyle brand.”

Lucky Brand was founded in 1990 and is carried at department and specialty stores in the U.S. and Canada. It also operates 173 retail stores and 44 outlets.