The French group’s U.S.-based labels won top recognition for setting up the All LVMH Pride community.

The French group’s U.S.-based labels won top recognition for setting up the “All LVMH Pride” community to offer support for LGBTQ employees and allies, while Sephora USA won the second award for online beauty classes for trans and “gender non-conforming” communities, and Louis Vuitton Asia snagged the third prize for allowing partners of LGBTQ employees to have equal access to healthcare — in a region where many countries do not recognize same-sex marriages. 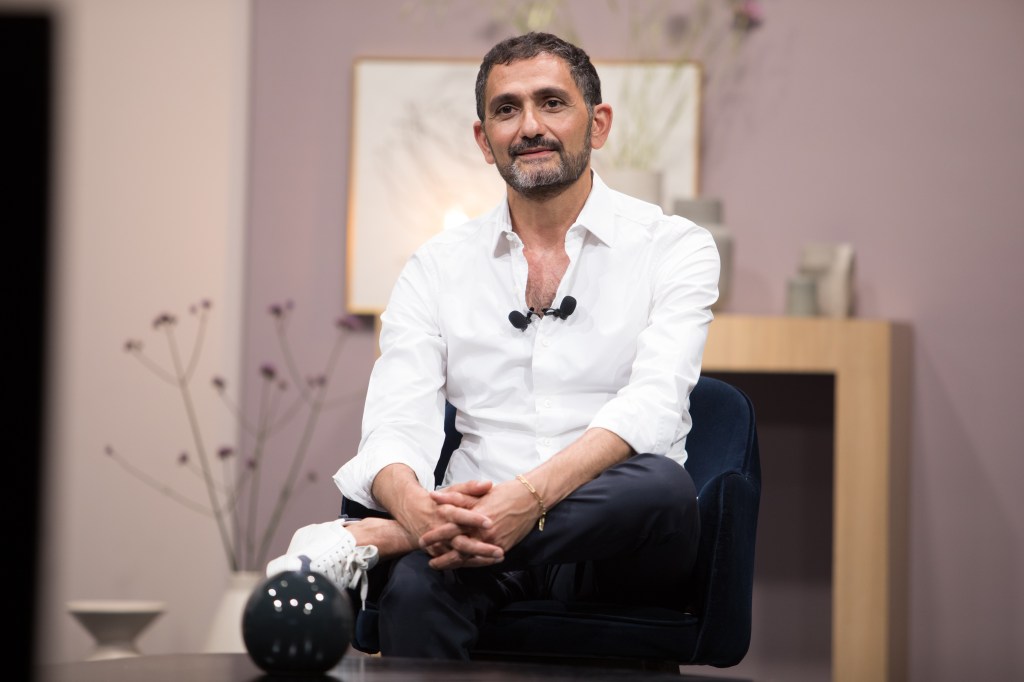 The luxury group rejigged the auditorium of its Paris headquarters for a coronavirus era, setting up a studio to anchor online discussions with employees around the world, with Chantal Gaemperle, group executive vice president of human resources, and Antoine Arnault, Berluti chief executive officer and group communications director, on hand to reveal the awards.

“When we have the courage to bring these subjects forward, we realize the importance of having this openness and giving people the opportunity to speak, and we are able take stock of what remains to be done,” said Gaemperle. “We also realize that it takes courage — when you talk about leadership in organizations, here is a combination of skills that starts with knowing oneself, and involves courage and combativeness, too, because life is not easy. When we talk about people who are part of this minority, they have been through this — it makes them exceptional.”

Besides, it makes business sense to pay attention to subjects of inclusiveness, she continued. “It’s not just a social, human resources matter but also a business matter — beyond the issue of basic respect,” she said. “For companies that may be wondering about it, there is a clear link.”

“We have to be modest, too, we have to recognize where we are — you might think that because we are in a more creative universe that it is more open-minded — absolutely not,” she said. “It’s not just up to the minority to fight, you also need a strategy with allies, with people who are aware of discrimination and aggressive acts.”

The executive said she recently spoke to someone who was engaged on topics of feminism and racial discrimination who described the harm of small but constant aggressive acts.

“They are not big enough to make a headline, but they are mini acts of aggressions in daily life,” she said.

Francis Kurkdjian, the founder of the group’s perfume house that carries his name, was one of the handful of participants on site, sharing his experiences in response to questions from the group’s diversity and inclusion officer Hayden Majajas, who moderated discussions from Asia.

Kurkdjian recalled his experience growing up in France as the only boy ballet dancer in his class, having to prove his toughness on the playground. Explaining his approach to “gender-fluid” perfume, he posited that it’s more about timelessness, and perhaps the idea of gender fluidity will eventually disappear.

“If you get out of the bottle, all the marketing…you let your gut choose on whether you like the pink or the black or the gold,” he said. “When you wear your perfume, you don’t have brand names, the color of the bottle — it’s just pure emotion. “If you leave that door open, people jump in and embrace the idea.”

Rodney Williams, ceo of Belvedere Vodka, weighed in from the U.S. and recounted a situation where someone remarked that it was a good idea to serve Champagne in wider wine glasses because thin, Champagne glasses would appear too “gay” to appeal to male consumers.

“The silver lining of the fight for racial justice in the U.S. is being elevated to a human justice struggle and I think more people are ready to become engaged,” noted Williams.

LVMH’s Inclusion Index was founded in 2018.

Last year, the group held a program in the U.S. with 200 employees from six brands, with Marc Jacobs as a keynote speaker, to mark the signing on to the U.N. standards of conduct for business to tackle discrimination against lesbians, gays, bisexuals, transgenders and intersexed people.

Established in 2017 by the U.N.’s human rights body, the standards have been adopted by companies including Ikea, Coca-Cola, Gap, Inditex, Best Buy, Google, Unilever, Microsoft and Accenture.

“For me, it starts with a simple principle — everyone starts at their own level to respect people around them. When we do that, things get better,” said Gaemperle.