With DARE, LVMH Prize and LVMH Innovation Award, it's building an ecosystem for talents, ideas and, ultimately, success for the future.

LONDON — LVMH Moët Hennessy Louis Vuitton is in full force when it comes to talent support.

It launched the LVMH Prize to search for the brightest creative talents in the world. Thebe Magugu from South Africa was the latest winner, and it also unveiled its accelerator program, La Maison des Startups, at Paris start-up campus Station F last year. And for fostering creativity and innovation within the company, it hosted its sixth edition of the open innovation program DARE in London for the first time.

DARE, which stands for “Disrupt, Act, Risk to be an Entrepreneur,” was introduced in 2017 to encourage its staff to think like entrepreneurs. Each time, 60 employees from across all of the group’s business divisions gather and spend three days together to pitch and shape ideas that will help the luxury-maker strengthen its competitive edge and discover talent within the group at the same time.

Selected candidates from the Europe, Middle East and Africa region from shop floor sales associates to senior leadership, who responded to the open call for ideas to “reinvent the customer experience of tomorrow” in June, gathered under one roof from Tuesday through Thursday at the renovated LVMH House, the home of the group’s top executive development programs, in Mayfair. Ten university students from Central Saint Martins and Imperial College also joined the event to give their point of view into the proposals. 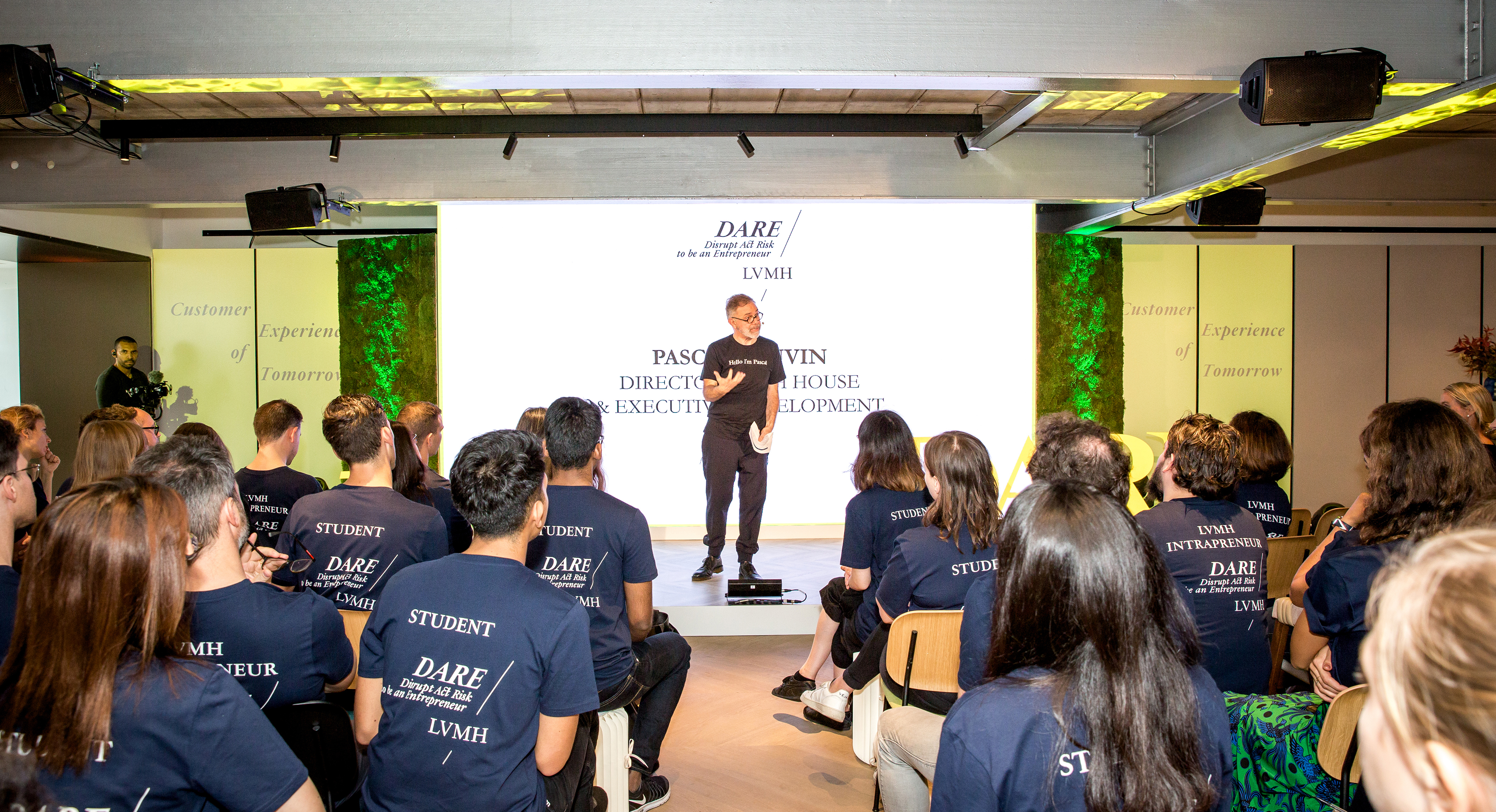 The company created a democratic environment at the events — the candidates wore the same blue T-shirt with their names on the front, while the internal leadership members and mentors, such as Christopher Zanardi-Landi, president and chief executive officer of Thomas Pink; Nina Zukanovic Gerlach, managing director of Nicholas Kirkwood, and Thomas Moradpour, president and ceo of The Glenmorangie Co., wore a gray one.

Final projects were chosen on Wednesday to be presented to the jury on Thursday. The winning projects focused on an augmented client service for travelers, the reinvention of the customer experience in wines and spirits though zero waste packaging, and meeting new expectations of young customers through eco-design.

The jury included senior executives from LVMH and its brands, as well as from other leading businesses such as IBM Watson Group, the Fashion Innovation Agency, Elaia and NVIDIA. The workshop has previously been held in Paris, twice; Shanghai, Venice and New York, and the next edition of the event will be held in Tokyo in November.

In addition to exchanging ideas and pitching business proposals to the leadership of the group, Chantal Gaemperle, group executive vice president, human resources and synergies at LVMH and the mastermind behind the program, said it’s a great way for her to spot talent within the group.

“The DARE initiative is a cornerstone of our talent development strategy, rooted in our core belief that it is our people who make the difference. It is an opportunity for our employees from all over the world to develop and hone their skill set, to network, and to discover and share ideas. It is also a way to give visibility and a voice to our talents as the group grew, from 60,000 to nearly 165,000 people. How do you know all of these talents? So, this is an attempt to tell our employees wherever they are, whichever role they have that we want to tap into your collective intelligence,” she said. 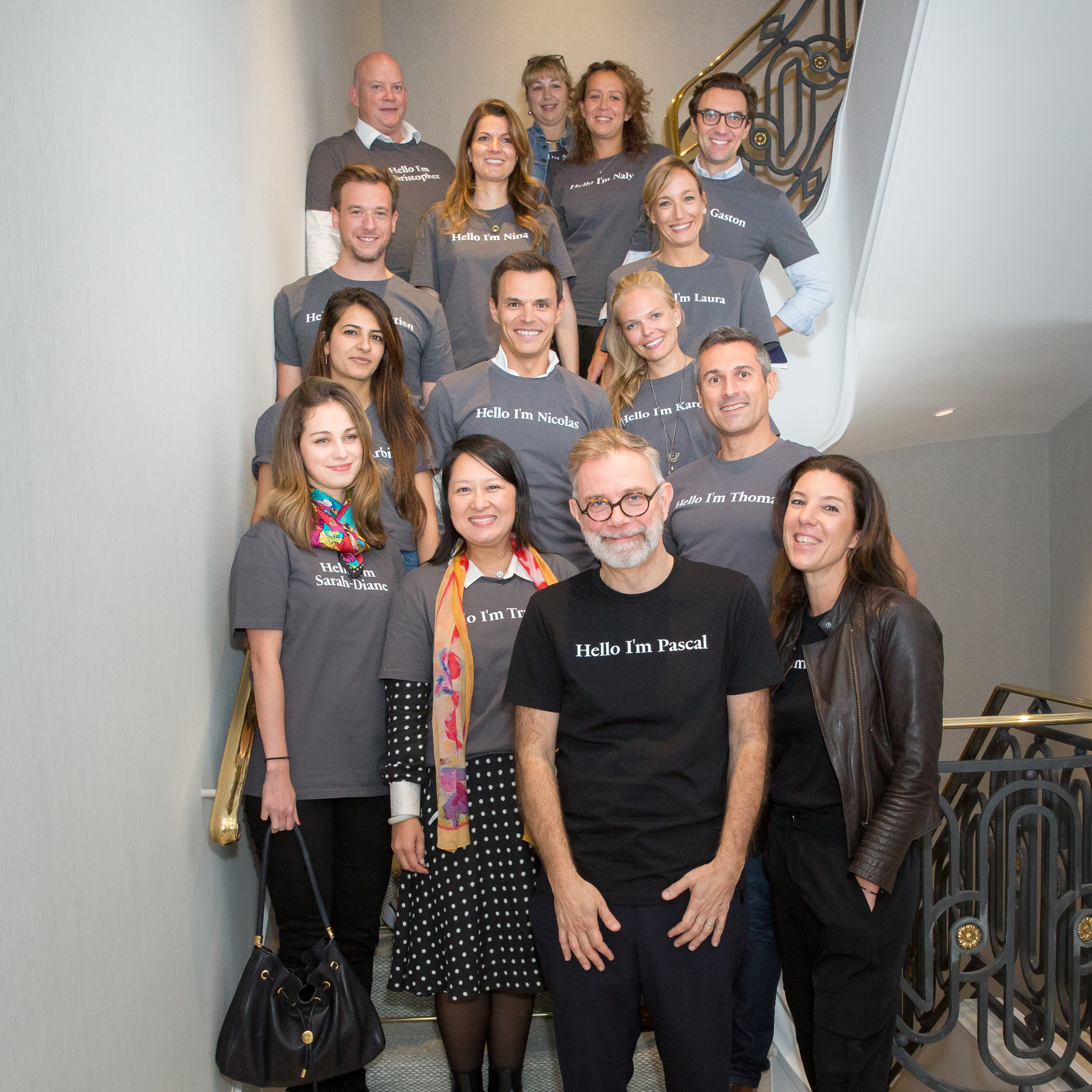 “DARE allowed us to discover people that our regular systems or h.r. tools will never have allowed us to know,” she continued. “I think it’s very humbling for h.r. to know that when you give people the chance, they grab the chance. I find that magical.

“We selected 60 ideas, then down to 12, and it’s the people themselves that have to select those ideas. They very often don’t know one another, and after three days, they are able to produce from an idea to a business plan, and pitch in front of senior leaders of our organizations, or external people and that is the result of putting competencies and forces together.”

Nurturing talents is ever more important in a world where political instability and economic turmoil seems the norm. The luxury sector is particularly vulnerable. Luxury sales in Hong Kong, for example, sharply declined over the summer, due to pro-democratic protests, while British fashion brands are to be hit with a 25 percent tariffs later this month, as trade battles between the U.S. government and European authorities took an ugly turn.

Gaemperle remains optimistic about the situation. “I think that LVMH is well placed as a group because firstly we are diversified, across economic sectors and across geography, which helps us mitigate the impacts of the crisis.” 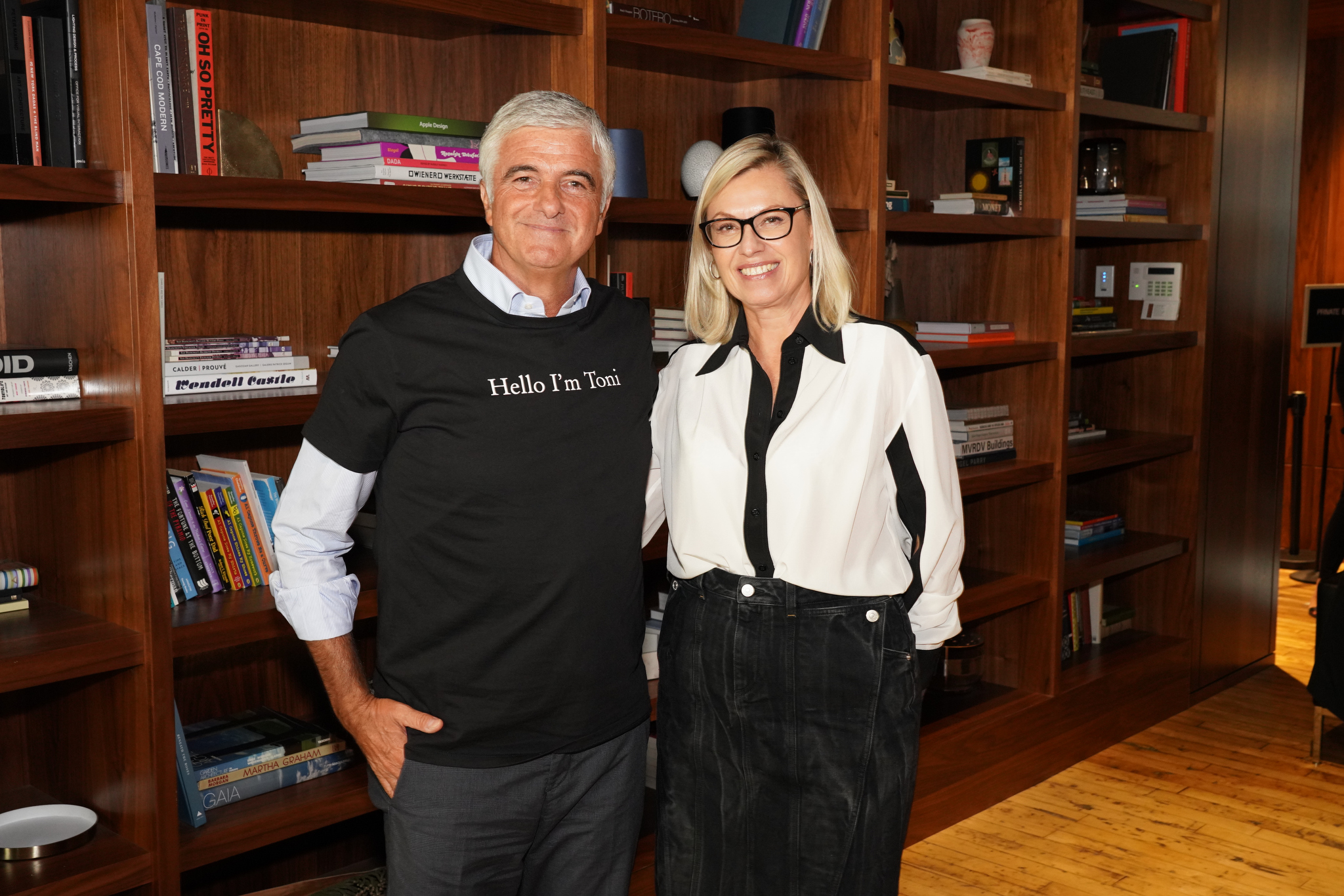 She also believes that moving people between houses within the group is essential for success in the future. “Two-thirds of our key positions are filled by our internal talents,” Gaemperle said proudly. “Our practices around mobility and offering them a journey within our ecosystem is what we are trying to do on a global basis.”

Having been with LVMH for 13 years, not only has she developed impeccable taste — she was wearing a new Celine suede jacket paired with Nicolas Kirkwood heel — but she has also handled some of the biggest power moves in the history of the company.

“I can tell you it’s not just creative people who have strong personalities. In luxury, people have a point of view, and especially in a group like ours, people push their ideas and feel very responsible for any idea that they have. I am used to dealing with complex sophisticated and strong personalities as a whole,” she said.

“I always jokingly say that I am a wedding-maker. You have to make sure they speak the same language and understand the soul and the DNA of the brand. It’s not just the creative directors and the ceo’s, but the whole team.”

With the LVMH Prize, LVMH Innovation Award and DARE, the world’s largest luxury conglomerate is building an ecosystem for talent and ideas, and ultimately, the success for the group in the future, Gaemperle said.

“We are a big group. I think it’s important to show our commitment to creativity through a number of different initiatives. Sometimes you are alone, and you have an idea, and if you happen to be speaking to experts or leaders, I think it helps to make you feel less alone. We have several generations working in the same workforce. If we can ensure that there are ways for them to share, you have the best of both worlds,” she said.