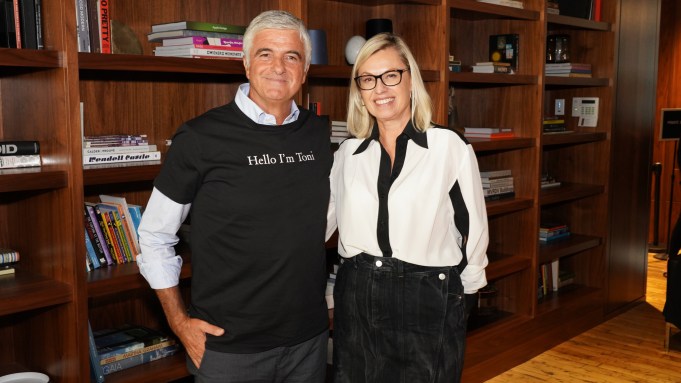 With 70 brands and 150,000 staff worldwide, there’s no doubting that LVMH Moët Hennessy Louis Vuitton, the parent company of brands including Louis Vuitton, Dior, Guerlain and Bulgari, is a global giant.

But even a fashion force like LVMH can’t rest on its laurels when it comes to recruiting and retaining staff, especially at a time when unemployment in the U.S. is hovering at a near 50-year low of 3.7 percent and sales assistants are among the top-five hardest roles to fill.

“Recruiting right has always been difficult. You can ask governments. You can ask any type of company. The number-one obsession or concern of leaders is finding the right talent,” Chantal Gaemperle, LVMH’s group executive vice president of human resources and synergies and arguably the most powerful recruiter in fashion, said in an exclusive interview.

“From store level up to ceo’s, having the right people translates immediately into good results. So, yes, it’s an obsession and of course we are trying to not only find, but then help keep our employees motivated and offer them a journey. A career which could be a journey thanks to the size of the group — the fact that we have over 70 brands.”

It’s for this reason that LVMH is sharpening its focus on retaining and cultivating talent, in addition to its plans to hire another 35,000 employees this year, and why a raft of its top brass — including group managing director Antonio Belloni and chairman and chief executive officer of LVMH Inc. Anish Melwani — decamped to Brooklyn last week, setting up shop at trendy Brooklyn coworking space Camp David.

The gathering was for the launch of the group’s internal start-up style initiative DARE LVMH, short for Disrupt, Act, Risk to Be an Entrepreneur, in the Americas to encourage its staff to think like entrepreneurs.

DARE began as a pilot in France and after it proved to be a success, LVMH took the program to Italy and Shanghai, with the U.S. marking the fifth event. While sometimes they are general in theme, the initiatives have also in the past focused solely on a certain topic such as sustainability and diversity in the workplace.

The employees were invited to submit ideas “to reinvent the future of luxury.” Based on real challenges within the company, the hope was that by bringing together people with different backgrounds, experience and perspectives, they would produce different solutions.

“We are basically telling our employees dare. Don’t refrain from expressing your ideas, your solutions, the expectations and that is very important as sometimes groups becoming too big tend to lose this edge,” Gaemperle said.

Once all submissions were received, they were whittled down to just 60 and those employees were sent to Brooklyn to participate in DARE. The lion’s share of those workers were based in the U.S., but there were also some from Canada and Latin America.

On arrival, they were divided into 12 teams and spent three days developing their ideas into business plans with the help of mentors including Marc Jacobs ceo Eric Marechalle, Benefit Cosmetics ceo Jean-André Rougeot and president and ceo of Belvedere Vodka, Rodney Williams.

Once they had their i’s dotted and t’s crossed, the teams presented to a jury that included some top executives from LVMH, as well as outsiders such as Rent the Runway’s Jennifer Hyman and The RealReal’s Julie Wainwright, who put them through their paces.

Addressing the crowd of eager employees at Camp David before the winners were revealed, Belloni explained: “We pride ourselves on really attracting and giving room to innovation. It’s a challenge and so we are trying to find new ways and this is a new way to make sure that we open avenues for ideas to come and to emerge.”

While the details are hush-hush as the winners’ ideas are set to be implemented by LVMH, the group did divulge that the proposals were focused on how to improve the travel-retail experience, optimize visual merchandising through an app and upcycle waste from the wine industry into the cosmetics sector. The jury also offered a special prize to an app improving the employee experience and skill-sharing at LVMH.

This is unlikely to be the last DARE as LVMH doesn’t want to become complacent, added Gaemperle, who is fully aware that while its staff has unique opportunities, people have choices.

“I think it’s really a contract, so this is why it’s very important to be listening to the talent’s expectations and motivations and trying to adjust our way of working to ensure we will remain attractive as a sector first of all and as an employer,” she said.

“When you ask people what matters to them, I think this sense of being able to contribute to something and understanding how their job — what they do every day — contributes, too, is an important factor and I think in our industry it is something we can provide,” she added.

Editor’s Note: On Staff is a new standing feature in WWD that will appear periodically and focus on the industry’s efforts to attract, train and retain talent, as well as related human resources issues.