Pascale Lepoivre has been with the French brand since 2007, and has a background in leather goods product development. 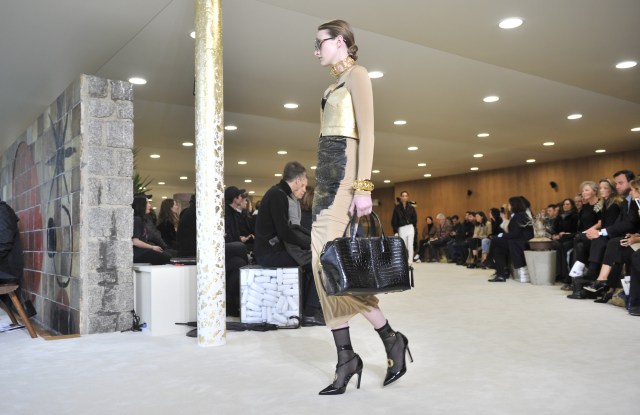 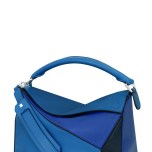 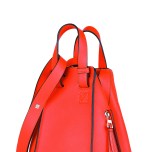 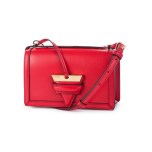 Pascale Lepoivre joins the Spanish leather goods firm from Céline, where she has been the number two executive under ceo Marco Gobbetti. She is to start today and will split her time between Madrid and Paris, home of Anderson’s Loewe design studio.

Confirming the appointment exclusively to WWD, Pierre-Yves Roussel, chairman and ceo of LVMH Fashion Group, said Lepoivre’s long experience on the product side would dovetail well with Loewe, one of the oldest handbag companies in the world, founded in 1846.

“In addition to the fashion injection Jonathan has brought, there’s been  incredible work that has been done in leather goods, which is the pillar of Loewe,” Roussel said in an interview, mentioning such new hit styles as the Puzzle, Barcelona and Hammock bags. “The business is doing super well. He’s bringing a very interesting, fresh vision and at the same time, one that’s very coherent with Loewe. We’re very excited with the project.”

Lepoivre succeeds Lisa Montague, who is returning to London for personal reasons and considering other options within LVMH Moët Hennessy Louis Vuitton, parent of brands across fashion and leather goods, watches and jewelry, perfumes and cosmetics, wines and spirits, and specialty retailing.

Montague has helmed Loewe since 2009, joining from Mulberry, and managed the creative transition two years ago to Anderson, who succeeded previous creative director Stuart Vevers when he joined Coach.

Lepoivre joined Céline as executive vice present in 2007 at the outset of the brand rejuvenation project Roussel put in place by recruiting Phoebe Philo, who made a name for herself at Chloé, and Gobbetti, who had been ceo at Givenchy.

Prior to that, Lepoivre was director of the fashion and leather goods product division at Louis Vuitton, having worked her way up from Vuitton’s marketing department, which she joined in 1992 from S.T. Dupont, according to her LinkedIn profile.

At Céline, Lepoivre had a wide purview, managing the entire product operation, including manufacturing, along with being involved in the company’s strategic development, said Roussel, who oversees Marc Jacobs, Céline, Givenchy, Kenzo, Loewe, Emilio Pucci, Nicholas Kirkwood and J.W. Anderson. (Donna Karan and DKNY are also under his purview until the close of the sale to G-III Apparel Group.)

Historically, Loewe has had a stronghold in Asia and Europe, but it has recently made inroads into the United States and other new territories.

Citi estimates the brand will generate revenues of 232 million euros this year, or $259.4 million at average exchange rates.

As reported, Gobbetti is to exit Céline and join Burberry as ceo sometime in 2017.

Roussel said a search for his successor is under way, and “Marco will be on board for some time to ensure a smooth transition.”

As for Lepoivre’s exit, he touted “a very strong product team at Céline and we will soon be making some announcements about the team. We have some very good people joining the project, besides the ceo role.”