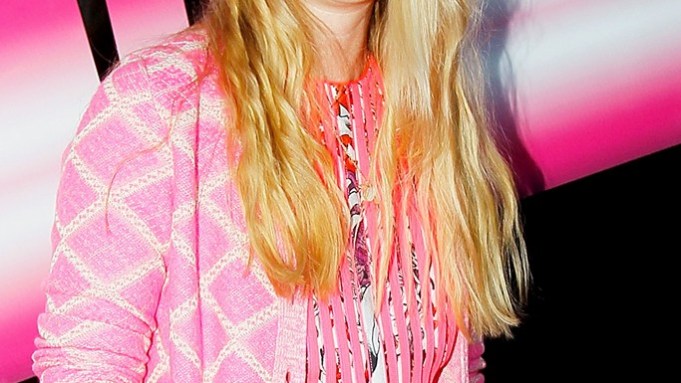 NEW YORK — For the first time in the 13-year history of Marc by Marc Jacobs, the company has made public the news of two key creative hires — creative director and design director — occupied by someone other than Marc Jacobs himself.

“He’s still the boss,” said Robert Duffy, president and vice chairman of Marc Jacobs International, when asked what the appointments of Katie Hillier to the role of creative director, and Luella Bartley to design director of women’s ready-to-wear, meant for Jacobs and the secondary line. “He’s as involved as he wants to be. It depends on the season.”

Marc by Marc has always been more Duffy’s than Jacobs’ baby, even more so since Jacobs has expanded the Marc Jacobs designer label and the Louis Vuitton behemoth. While Jacobs remains the boss at large of Marc by Marc, Hillier will oversee everything pertaining to its women’s collection. The current men’s team remains intact and will continue to report to Karl Aberg, global design director of men’s collections. Hillier, based in London, has worked in a freelance capacity on Marc by Marc for 10 years, beginning in handbag design before eventually overseeing the watch, eyewear and jewelry areas. “She has a million ideas. She likes to work with the same type of person I like to work with,” said Duffy, noting that Hillier’s hire was a decision made with Jacobs’ full approval.

“I am very excited to have Katie here in her new role,” said Jacobs. “Her creativity and energy inspires me and everybody she works with. She is a great leader. She is a team player and a great friend to Robert and me.”

Duffy added that “Katie is allowed to staff the team any way she wants.” That included hiring Bartley, a fellow English designer, for whom Hillier designed accessories in the early days of Bartley’s own rtw collection, Luella, which she ran from 1999 to 2009. Bartley has also been credited with reinvigorating the Mulberry handbag line with her capsule collection for the brand in 2002. Duffy was careful to emphasize that Venetia Scott, Marc by Marc Jacobs’ longtime stylist and artistic director, remains very much active in her roles. All three women are entrenched in the London fashion scene and will continue to be based there, which Duffy does not see as a problem. “You can work anywhere now,” he said. “You can have fittings via Skype. You can do whatever you want.”

Naming Hillier and Bartley to their respective titles is major news for Marc by Marc, which, by Duffy’s own admission, was “getting a little stale.” The look has always been based in youthful irreverence, often with an eye toward the Seventies, a decade Jacobs is known to love. Recently, the clothes have been increasingly retro-minded. Reshuffling was in order. When Duffy and Jacobs launched their secondary line in 2000, they were the only game in town, igniting a market that had previously been a fashion dead zone — no Phillip Lim, no Alexander Wang, no Alice + Olivia. A cultlike following ensued for Marc by Marc, which led to a small village of stores on Bleecker Street in New York’s West Village, as well as rapid expansion into licensed categories. While the company saw — and maintains, according to Duffy — great success with the ancillaries, such as fragrance, it took its eye off the ball elsewhere.

“The competition has become too great,” said Duffy of the contemporary market. “We have an issue with the ready-to-wear. I knew it because I pay very close attention to company-owned retail stores and I knew what was happening. We started out really strong in denim, and then we just let it go. We rested on our laurels and it hurt us.”

Yet during an interview, Duffy was upbeat, invigorated by the prospect of change and challenge. He said to expect to see Hillier and Bartley’s influence around fall 2014. In addition to tweaks in design direction, there will be improvements in quality. Duffy — who loathes the words “fashiony” and “trendy” — wants to return to the label’s history of doing special capsule collections with more “interesting” designs to offset the casual collection mainstays. “I don’t want to throw the baby out with the bath water, but I do want to introduce new products,” he said.

It’s no coincidence that these changes come a little more than a year after the company experienced a corporate shuffle, replacing founding president Carolyn Risoli with Liz Fraser, who had previously been senior vice president and general manager of the label. Fraser came in and “started kicking ass — you can quote me on that,” said Duffy, who is prone to overenunciation to drive his point home. “She just sat down in front of me and said, ‘I. Need. To. Change. Everything.’”