Prince Albert and Princess Charlene of Monaco will make their first official visit to the U.S. as a royal couple for the Princess Grace Foundation-USA’s gala. 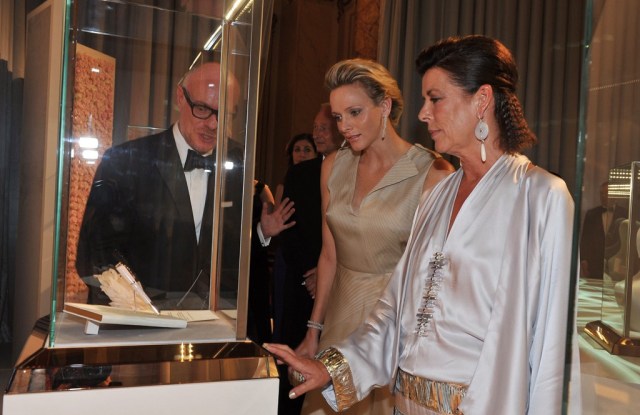 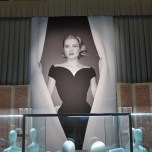 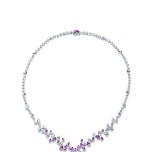 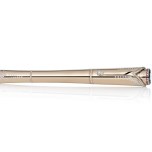 Prince Albert and Princess Charlene of Monaco will make their first official visit to the U.S. as a royal couple for the Princess Grace Foundation-USA’s 29th annual awards gala on Nov. 1 in New York, WWD has learned. The event will honor actress Julie Andrews and take place at Cipriani 42nd Street.

Montblanc has created a limited edition Princesse Grace de Monaco collection that will be showcased at the black-tie gala. The range, which includes writing instruments, fine jewelry and watches, will be sold in Montblanc boutiques beginning in November. The pens will also be wholesaled to select retail accounts.

This story first appeared in the September 27, 2011 issue of WWD. Subscribe Today.

Montblanc is donating $1 million to the Princess Grace Foundation-USA as part of the affiliation with the organization and the royal family of Monaco.

“We tried to really capture all of the elements of her personality, her style, her elegance and her timelessness in each piece we created,” said Lutz Bethge, chief executive officer of Montblanc, of the Princesse Grace de Monaco designs.

The Grace de Monaco pink rose, created in 1956 in honor of Grace Kelly’s marriage to Prince Rainier III, is a recurring motif in the line. Gemstones used for the collection include petal-cut diamonds, pink sapphires and topazes.

Montblanc unveiled the collection at a royal gala in Monaco on Sept. 8, attended by Prince Albert, Princess Charlene, Princess Caroline of Hanover, and numerous celebrities. The event included a performance of an original work by Robert Wilson that paid tribute to the life of Princess Grace. The piece was performed by Rufus Wainwright, Martha Wainwright, prima ballerina Gillian Murphy and opera stars Bryn Terfel, Diana Damrau and Shenyang.

Montblanc, a unit of Compagnie Financière Richemont SA, has formed ties to the principality of Monaco since 2007 when it created the Prince Rainier III fountain pen, which also benefited the Fondation Princesse Grace in Monaco. When Prince Albert married Princess Charlene in July, Montblanc created a one-of-a-kind gift for the royal couple: a solid white gold writing instrument adorned with 161 rubies and 128 diamonds that the duo used to sign their wedding contract.

The Princess Grace Foundation-USA supports emerging artists in theater, dance and film and has awarded more than 700 scholarships, apprenticeships and fellowships worth more than $8.5 million since its founding 29 years ago by the late Prince Rainier III in honor of his wife. Sponsors for the Nov. 1 gala include Hermès, Noelle and Dick Wolf, Lily Safra and Mattel.