The luxury brand is known for selling fashion parkas with price tags of $900 on up.

Moose Knuckles is adding to its leadership team.

Moose Knuckles co-owners and co-chief executive officers Noah Stern and Ayal Twik said of Zeidel in a joint statement, “His undeniable expertise in the luxury fashion industry and in building world-class financial organizations will be a strong asset as we lead the brand into the future.”

“I’m also looking to build upon the exceptional culture that exists; to empower our team to take risks, be forward thinking and focus on what the customer really wants today and tomorrow,” Zeidel said. “Moose Knuckles is an incredibly edgy brand. I’ve seen the positive customer response to the brand in luxury environments and believe there’s an enormous opportunity to build upon that to significantly grow Moose Knuckles’ global footprint.”

Zeidel’s appointment is just one in a string of recent arrivals to Moose Knuckles’ c-suite. In the last six months, the Montreal-based company has added a new executive vice president for direct-to-consumer, vice president of IT and project management, creative director and “director of giving a f–k” to lead sustainable and charitable initiatives.

Stern and Twik bought Moose Knuckles in 2009. (It was previously a wholesale business.) Today, it sells globally through its e-commerce business and a variety of wholesale partners, such as Nordstrom, Bloomingdale’s, Harrods in London and Neiman Marcus, in addition to a number of independent boutiques.

Moose Knuckles also has stores in Toronto, Montreal and Manhattan’s SoHo neighborhood. (The New York City shop has been closed since March amid the coronavirus pandemic.) 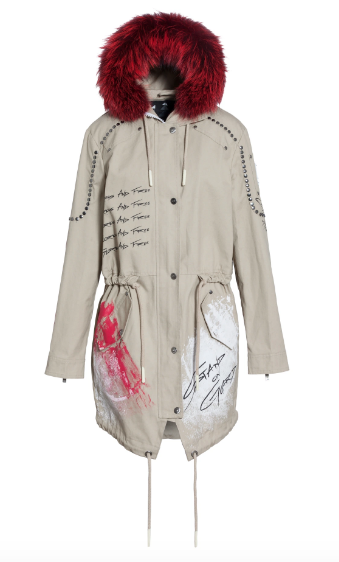 The brand is known for selling fashion parkas with price tags of $900 and up and $240 baseball caps with gold-plated logos.

Stern told WWD last November that Moose Knuckles had plans to open about 50 more stores globally, in places such as London, Paris, Amsterdam, Tokyo, Beijing and Seoul, as well as a few more Canada and U.S.-based locations.