Moynat handbags on display in its New York boutique.

Lisa Attia, senior vice president, merchandising and image for the Europe and Middle East regions at Sephora, is to take up the management helm effective March 1 and report to Sidney Toledano, chairman and ceo of LVMH Fashion Group and chairman of Moynat.

According to an internal announcement seen by WWD, Attia was instrumental in raising the desirability of Sephora via product offerings, improved digital communications and in-store experiences. Her “extensive experience and strategic vision will be key to Moynat’s further successful development,” it said.

Attia has spent most of her career at LVMH, starting with a 15-year tenure at Left Bank department store Le Bon Marché, rising to commercial director in 2011. Five years later, she joined Sephora as senior vice president, merchandising, for EME. 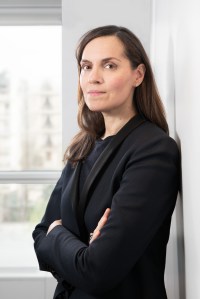 Moynat prides itself on an artisanal approach based on rare raw materials and haute savoir-faire. With its modest retail footprint and low-key communications, the brand stands out from the other luxury behemoths in Arnault’s family-controlled empire — which includes Louis Vuitton, Dior, Givenchy and Fendi. (Moynat is not a subsidiary of LVMH but is controlled by the family-owned Groupe Arnault.)

Moynat operates boutiques only in about a dozen cities worldwide and has relied on pop-up operations at marquee department stores to build up awareness and tell its brand story. This method echoes the “caravan” approach Moynat employed more than a century ago, when it showcased its innovations at world’s fairs and auto shows.

Founded in 1849, Moynat is five years older than Louis Vuitton and was best known for its lightweight, waterproof trunks for automobiles.

Ladylike top-handle handbags are at the core of the business, with its popular Mini Réjane retailing for about 4,000 euros. Ramesh Nair, an alumnus of Hermès, has been Moynat’s creative director since its latest inception.

Nair plies a discreet, refined architectural style with occasional touches of whimsy of humor. Moynat made a splash in 2014 when it invited Pharrell Williams to create a capsule range of handbags shaped like vintage steam locomotives — caboose included.