From P.R. to President 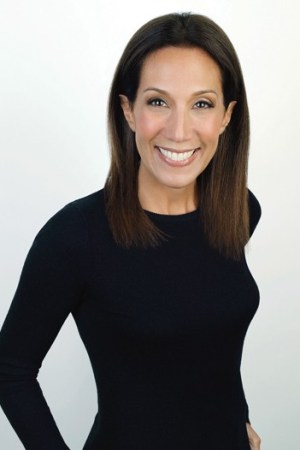 My first job, in August 1981, was working for Fern Mallis Public Relations as Fern’s sole assistant. Fern’s firm focused on spearheading publicity for architects, furniture and product manufacturers. It was the time of the New York Five—Peter Eisenman, Michael Graves, Charles Gwathmey, John Hejduk and Richard Meier, and architects rather than fashion designers were the rock stars of this moment. We did everything from creating amazing press events and launch parties to gift bags that were famous for their wild creativity and great style. We created buzz and excitement in everything we did. We worked with only the best design firms, like Massimo Vignelli, to do events like Designer Saturday, as well as launch IDCNY, the home of the industry in Long Island City, New York. And we did it all…just the two of us.

Fern and I shared office space with an architectural firm called Bromley Jacobsen, which had designed Studio 54. We often went there for fun. Our desk was an “L” and just wide enough to hold my IBM Selectric typewriter, one cup of pencils, a bottle of Wite-Out and a cup of coffee.

I learned a number of lessons. 1. Branding. Each client was a brand and each project had to match the brand DNA. 2. Every detail counts and whatever you do, do it well and with style, including making sure that your staples are straight—not on an angle. My staples have been straight ever since. 3. Do whatever you need to get the job done. To this day, I think nothing of emptying a garbage can or packing a box. 4. Stand strong. Fern was tough, but smart and driven. She toughened me up. 5. Although my desk was small, I learned to think big and there is no greater lesson than that.

Fern eventually became executive director of CFDA. I went on to get my MBA at Columbia and joined Estée Lauder in 1986. We are close friends to this day.