The former ceo of Giuseppe Zanotti and LVMH executive is one of a slew of new hires at YNAP.

Federico Marchetti and Alison Loehnis will oversee a host of new hires at YNAP.

LONDON — Yoox Net-a-porter is beefing up its senior management team with a slew of hires at group and brand levels, including Nicola Brandolese as managing director of Net-a-porter.

Brandolese will report to YNAP luxury division president Alison Loehnis and be responsible for the day-to-day management of Net, driving the brand’s global expansion and overseeing its commercial strategy.

Brandolese, who will be based in London, was most recently chief executive officer of Giuseppe Zanotti and was previously a group executive for LVMH Moët Hennessy Louis Vuitton. There he worked on major programs for brands including Fendi, YNAP said Thursday.

His prior experience includes senior leadership roles with Luxottica, where he was group president, global retail with responsibility for the group’s 11 retail brands in 25 countries. During his time at Luxottica he also held the role of chief digital officer, where he accelerated the group’s e-commerce program across all of its brands.

Thierry Pichon has joined YNAP’s luxury division as well, in the newly created role of vice president of global sales and customer experience. 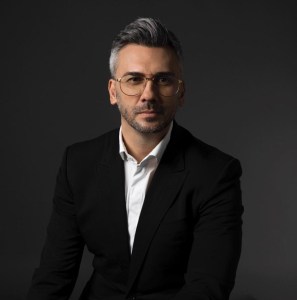 Pichon has overall leadership of the division’s personal shopping and client relations program as it enters into a period of expansion at a global level, the company said.

His most recent role was as general manager of Level, part of Chalhoub Group in Dubai, where he pioneered a new e-commerce platform for the business, and drove a major global expansion strategy.

In the fashion division, Alessia Crivelli has joined the Yoox team in the newly created role of brand and communications director. She will be responsible for developing and executing the branding strategy of the retailer including creative, p.r., and design and art.

She spent 15 years at Gucci, where she previously held the position of global partnerships and special projects director and previously the role of account director, corporate image department.

Most recently she was responsible for brand development for the events company Worldwide Shows Corp., producers of global projects including the Olympics. 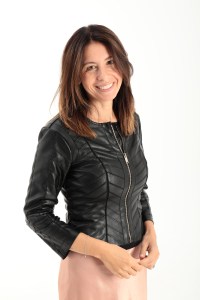 At YNAP group level, Pete Marsden has joined as chief technology officer to spearhead the group’s tech program. He will put a big focus on mobile, personalization and artificial intelligence to enrich the customer experience.

He will report to Olivier Schaeffer, global chief operating officer, and oversee the tech teams in London and Bologna, Italy.

Marsden joined from Aviva, the insurance company, where he was chief technology officer and has previously held top positions at House of Fraser and Asos, where he launched the business in China and Russia.

Paolo Inga has become the group’s global human resources director and sits on its executive committee, reporting to Federico Marchetti, chairman and ceo of YNAP.

Inga spent more than a decade at Vodafone, where he was most recently the h.r. leader for Vodafone shared services, growing the team to 24,000 people across Hungary, Romania, India and Egypt. He had previously worked at Barilla and Johnson & Johnson.

The company said all of the appointments reflect its commitment to “strategic global growth, fast-paced innovation and the delivery of outstanding luxury customer experiences.”