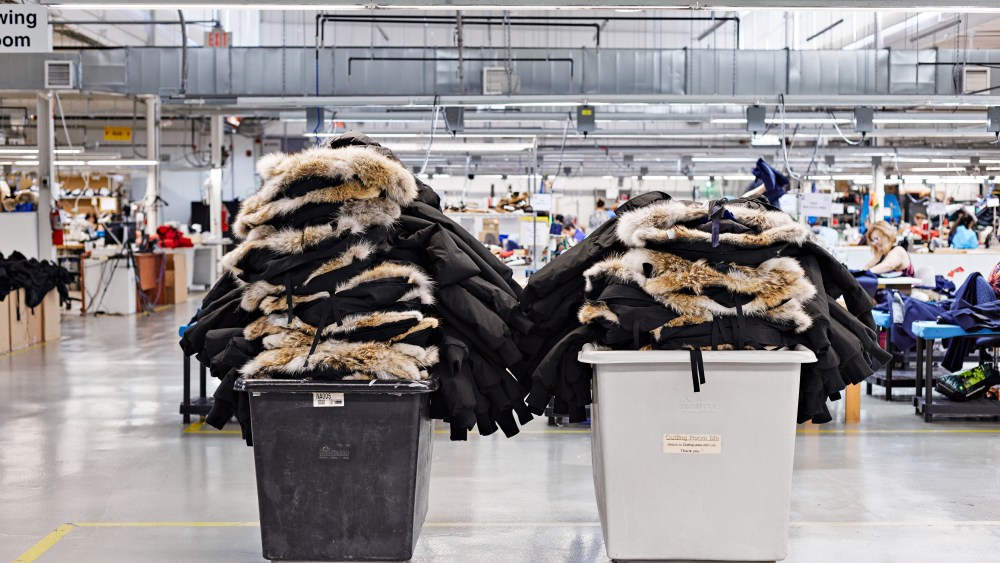 TORONTO — When the first large group of Syrian refugees arrived in Canada in 2015, they were given a helping hand to acclimate to the freezing weather by Prime Minister Justin Trudeau, who greeted them off the plane with a bundle of coats.

Little did they know that some Syrian refugees would soon become very accustomed with the technology and fabrics that ensure coats can deal with the most brutal of Canadian winters.

That’s because as part of its commitment to keep the production of its core down jackets onshore and to satisfy high demand thanks to its surge in popularity over the past few years, outerwear brand Canada Goose has increasingly tapped into Canada’s immigrant population to work in its factories throughout the country.

“Forty years ago, all the new immigrants were Portuguese. Now it’s an entirely diverse group of people that we’re working with. Montreal most recently has been dominant with Syrian refugees,” he added.

Canada has a fairly welcoming immigration policy. According to think tank Pew Research Center, an estimated 52,000 Syrian refugees have resettled in Canada since the start of the conflict and it recently increased its overall immigration targets to up to 350,000 annually by 2021.

The country’s immigration policies and experience provides a counterpoint to the U.S., where the federal government has been shut down since just before Christmas as President Donald Trump tries to fulfill his campaign promise to build a wall at the Mexican border.

At the same time, the administration is also accepting fewer refugees, with the number resettled in the U.S. falling more than in any other country in 2017, Pew’s analysis of data from the United Nations High Commissioner for Refugees found.

The Canadian approach to border policies has benefited Canada Goose, which has skyrocketed from an unassuming Toronto-based family business to a global player with net sales of 591.2 million Canadian dollars in its last fiscal year and in turn has gone from having one factory in Canada operating just seven months a year to seven firing on all cylinders 12 months a year.

With that rapid expansion comes a need for workers at a time when Canada’s labor market is tight, with the headline unemployment rate hovering at a 43-year low of 5.6 percent, which means in some areas there is fierce competition for workers.

Indeed, in its most-recent business outlook survey, the Bank of Canada found that 40 percent of companies reported labor shortages, with the intensity of the shortages increasing.

In the case of Canada Goose, it has been getting around this by setting up sewing schools to train immigrants, as well as locals — some of whom are looking to rejoin the apparel industry which shrank significantly around 15 years ago.

“We knew that having these skilled sewers or people that had been sewing for 30 or 40 years was not going to support our growth so what we did was we changed that and created in our Winnipeg factory a training school that at the time was one of the largest certainly in North America. That was in 2015,” said Moran. “That’s what has been driving our growth. Our ability to train.”

Since then the publicly listed company has set up training schools in all of its factories and hired around 500 workers in 2016 and 700 in 2017.

But for immigrant workers looking for their first job in Canada, a sewing school is not enough to help them as they can’t enter the workforce unless they have work experience so Canada Goose has been offering that to them by working with groups that are assisting people that are looking to establish themselves in the country.

Some of these, however, won’t have English as their first language so it has in some cases teamed up with local governments or institutions to offer English lessons and they split the cost.

“A lot of the hiring then that does happen is word of mouth. So you’ve got someone who is bilingual that supports their friends or family members that they brought on to come work with us and then that’s how that’s maintained. The number of languages that is in the Montreal factory is now around nine,” added Moran.

“The great thing for us is not only do we find people that can make jackets, but we find engineers, we find people that have mechanical experience, then they’ll work with us and do different things because of all of these people we still need to grow supervisors and managers and quality assurance personnel.”

Canada Goose and other companies’ efforts are starting to show up in the official data. According to Statistics Canada, which studied Canada’s immigrant workforce in between 2006 and 2017, the unemployment rate among working age immigrants at the end of that period was 6.4 percent. That was the lowest level since Statistics Canada started tracking this measure in 2006, while that demographic’s employment rate rose to a record high of 78.9 percent.

It forecast that by 2036, the share of immigrants in Canada’s population could be as high as 30 percent, compared with around 20 percent in 2011. If this materializes, it will be the highest since 1871.