A look at the recent shakeups in the beauty industry. 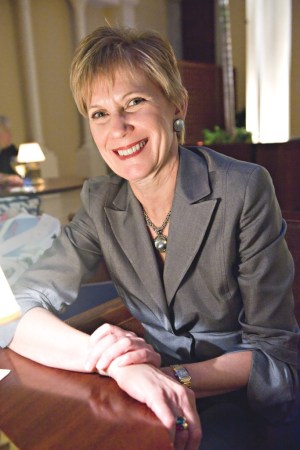 Thia Breen and Lynne Greene have been named group presidents at the Estée Lauder Cos. Inc., effective Jan. 1. Greene, who has been global president of Clinique, Origins and Ojon, will gain responsibility for Aveda and Darphin; Breen, who is currently president of North America, will add Canada to her domain. In related news, Jane Lauder, global president and general manager of Origins and Ojon, adds Darphin to her portfolio, while Peter Lichtenthal, president of Bumble and bumble, will also take responsibility for Smashbox….Avon Products Inc. has named Patricia Perez-Ayala as senior vice president, chief marketing officer, and global brand and category president. Perez-Ayala spent more than 20 years at Procter & Gamble Co., most recently as vice president and general manager, Eastern Europe…. Coty Inc. named Marc Rey president of Coty Prestige U.S. and regional vice president of Coty Prestige, North America. Rey replaces Bob Cankes, who is retiring after 40 years in the industry, and will oversee Coty Prestige’s brands in the U.S. and Canada, as well as Philosophy and key Sephora accounts in the Americas.