By Julie Naughton and Molly Prior on January 15, 2013
View Slideshow 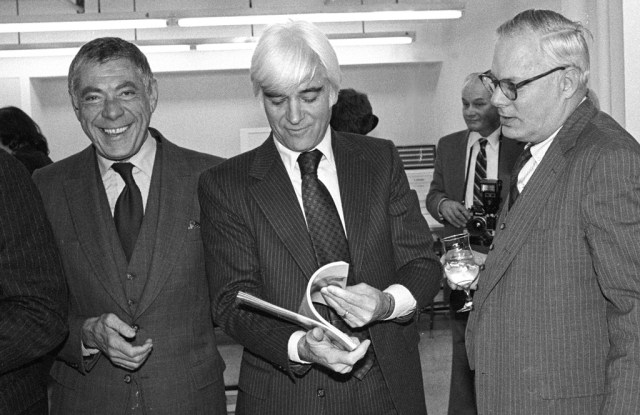 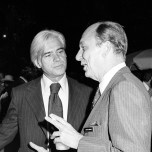 A funeral service will be held today at St. Patrick’s Cathedral in Manhattan for Paul Woolard, former president of Revlon Beauty Group, who died Thursday. He was 89.

Woolard served in World War II as an Army Air Corps pilot — flying a B-29 bomber in the South Pacific — and obtained a degree in English literature at Columbia College before beginning his career in the beauty world. After a stint at Prince Matchabelli, Woolard moved to Revlon in the Fifties, according to the company. He worked closely with Revlon’s legendary chairman and founder Charles Revson and eventually became president of the company’s U.S. fragrance and cosmetics division. At the time of his retirement in April 1986, Woolard was a senior executive vice president of Revlon Beauty and a member of the board. Upon leaving Revlon, he became even more involved in philanthropic endeavors in New York City.

Woolard — known for his big shock of white hair and smooth charisma — helped build the modern-day fragrance industry with introductions such as Norell by Norman Norell (billed as the first American designer scent), Ciara, Cerissa, Charlie and Jontue, said industry expert Allan Mottus. “By 1975, at Charles’ death, Revlon had revolutionized the fragrance industry, particularly with Charlie, the first lifestyle fragrance that was an international success,” said Mottus. “Revson was a legend on Madison Avenue and on Wall Street. To work in an atmosphere like that you had to be pretty fearless.”

“He was a master of marketing techniques,” said Annette Green, president emeritus of the Fragrance Foundation. “He was at the knee of Revson and was a fast learner, to say the least. He was a man who stood out for his acumen,” Green added. “[Woolard] was very dramatic: dramatic-looking and dramatic-acting. He was one of the entrepreneurial types that we don’t see anymore.”

After leaving Revlon, Woolard worked with the Inner City Scholarship Fund, a charity run by the Archdiocese of New York to provide scholarships to Catholic schools for needy elementary through high school students of all faiths.

Services will be held at 10 a.m. at St. Patrick’s. In lieu of flowers, donations in his memory can be made to the Inner City Scholarship Fund.