Check out the barre scene with ceo Ingrid Jackel. 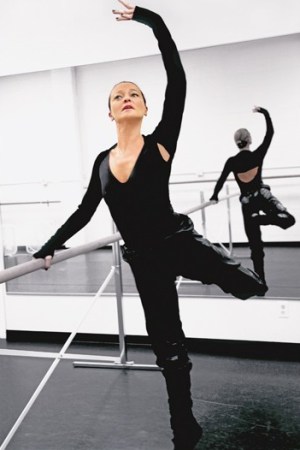 On a recent Saturday as ballet class at the Academy of Music and Dance in Pasadena, Calif., wound down, Ingrid Jackel held her face to her knee for a deep stretch after practicing pliés, arabesques and jetés. Her lean body clad in a black leotard and shrug, her hair pulled into a tight bun, she looked every part the prima ballerina that many young girls dream about becoming. In fact, Jackel was once one of those girls.

Thirty years before Jackel took the helm of Physicians Formula Holdings as chief executive officer, she was on the path to becoming a professional ballerina. It was a goal forged in her hometown of Toulouse, France, where she fell in love with dance at the age of four. Much to her dismay, Jackel’s parents advised against pursuing ballet for her career. “They explained that I should keep it as a hobby, because it’s fun and provides me joy, while, if I was gearing up to make it a profession, it could become not quite as fun,” Jackel says. “The likelihood of success at a high level is slim. One in a million are really successful, and that was my parents’ concern.”

Jackel went on to attend business school, and though she left ballet behind, it was never totally out of her system. “I learned a tremendous amount from ballet, about discipline, rigor,” she says. “When you commit to something, you commit fully and that means making sacrifices.”

As ceo, Jackel has put those lessons to use, guiding Physicians Formula to a leadership position. Missing the outlet that dance provided, though, she decided to jump back in. “Mentally, it’s really healthy when I dance because I get completely concentrated,” she says. “I’m so focused there’s no way I can think of anything else. It’s the one hour when I can actually not think about Physicians Formula.”

In her second go-round with ballet, Jackel has picked up more life lessons, the biggest one being that taking a risk is worth any personal embarrassment. “I had to kick myself to go,” Jackel says. “There’s a fear of your own image and the memory of what your body could do 20 years before. I was really afraid of that, but I had to get over it. I don’t need to be a dancer like I was at 18. My objective is just to dance well and enjoy it.”

So far, so good. “You can tell it’s really made a big difference. I don’t whine or bitch as much,” she laughs as her assistant nods his head nearby.