Trend analyst Irma Zandl, president of Zandl Group, polled 300 of its online panel of progressive tastemakers about the election. 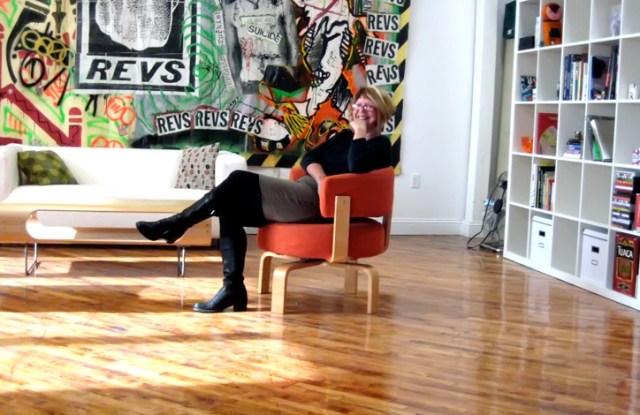 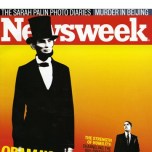 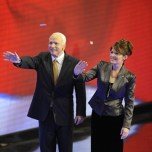 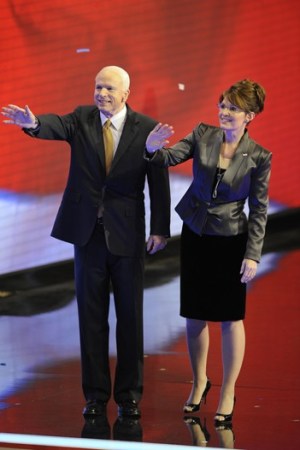 Palin at the Republican National Convention in St. Paul, Sept. 4.

In the wilds of (almost) post-industrial Bushwick, Brooklyn, camera crews shooting The CW’s “Gossip Girl” and Bravo’s “Make Me a Supermodel” work in an area with scrapped cars in razor-wired lots and rub elbows with patrons of a health food store and a former East Village cafe. Nestled in between is the new loft space of the trend analyst Zandl Group, which has relocated after 20 years in SoHo.

Finding itself “impressed” by how “in synch” President-elect Barack Obama’s campaign messaging was with young voters, Zandl Group analyzed the effort and polled 300 of its online panel of progressive tastemakers about it. The conclusion? “Lessons for marketers on how to best reach today’s young consumer” can be gleaned from the campaign.

Irma Zandl, the firm’s president, wouldn’t be surprised to see “a more dressed up, pulled together look for guys” that’s “less slovenly,” inspired by a 44th president who’s fit and wears clothes well. She tosses a curveball in predicting Alaska Gov. Sarah Palin will have more influence on fashion than the next first lady, Michelle Obama. Palin “has this attractive quality — the way she wears her clothes, her glasses, the pencil skirts, the heels,” Zandl said. “That look is appealing to a lot of women.”

Could a second career for Alaska’s governor lie ahead? “She should have a talk show,” Zandl said from her perch across the street from Bushwick’s Nut Roaster Studios.

WWD: Have you been surprised the media has gone to town about all aspects of Barack Obama’s influence on popular culture?
Irma Zandl: No, because he’s such a charismatic person and so eloquent and articulate. It’s also interesting we’ve got Obama at the same time we’ve got Palin, and she’s getting as much press and is equally charismatic, if not very articulate. She should not be in politics, dare I say, but I could see her being the next Kelly Ripa [co-host of ABC’s “Live With Regis and Kelly”].

WWD: If you were to bottle the appeal of Obama and Palin….
I.Z.: His appeal is intellectual and smart. Her appeal is total candy. She’s like junk food.

WWD: As he approaches Jan. 20, it appears that Obama’s influence on our culture is going to go on unendingly. Would you agree?
I.Z.: Because he is so connected to his constituents, I think that will get stronger. I have heard already guys saying they want to dress a little better. I think he’s having that kind of effect. The fact he’s so fit…he wears clothes well because of that. Michelle Obama is concise about her style. I’d be surprised if her style were to change.

WWD: In terms of smart messages, do any brands come to mind that are noteworthy?
I.Z.: Apple has that. Target is smart. I’m impressed with the Wal-Mart campaign. They don’t make it seem like you’re compromising yourself to shop there. The slogan they’ve got…is great. [“Save money, live better,” launched last September.]

WWD: It’s not that different from the longtime Target ad message, “Expect more, pay less.”
I.Z.: There’s a different nuance to it, because it [Wal-Mart’s campaign] really has nothing to do with design, which in these times seems more superficial. In the last six months, when we’ve done in-home interviews, the mentions of Wal-Mart have changed dramatically. The overall tenor of the comments is much more positive. More people mention the stores look better. They still would not buy fashion there — people go out of their way to mention that.

WWD: Any mentions of the sustainability efforts Wal-Mart has marketed?
I.Z.: None.

WWD: Your poll participants mentioned innovativeness as something they responded to in the Obama message and persona. Any fashion brands you’d sight for innovative messages?
I.Z.: I’ve been very struck by the affiliations Target has been making. The fact they’re still doing Comme des Garçons; now they’re doing Alexander McQueen. I’m still impressed by Uniqlo. Those are the only shopping bags I see consistently when I’m walking downtown.

WWD: Obama’s casual sensibility was a characteristic identified in your poll. Any distinction you’d draw between this now and in the Sixties, when our society had a more anything goes feel to it?
I.Z.: I see this more as being an expression of equality and smarts, so that people who are around you, even though they might be younger than you, are on an equal footing with you. I don’t see it as a rebellion. He’s not a Boomer.

WWD: The traditional definition of the Baby Boom cuts it off at 44. Some generation experts [would put 47-year-old] Obama at the very end of the Baby Boom. He’s been characterized variously as a Boomer, a late Boomer, Generation Jones and as a Generation Xer.
I.Z.: I don’t feel him to be like a Boomer. To me, he’s more like a Gen Xer.

WWD: You cite Trader Joe’s as an example of a brand you think is doing a good job striking an informal tone.
I.Z.: Everyone talks about how Trader Joe’s people are so friendly. They talk about the Hawaiian shirts they wear and how informed they are. I don’t hear people talking about Whole Foods this way.

WWD: Is the advice you’re giving your clients changed given the economy’s eruptions?
I.Z.: People are in such a survival mode. There’s no thinking about even five years out. It’s what’s going to happen in 2009. I’ve been through quite a few recessions in this business and I don’t remember that mode of people not looking out.