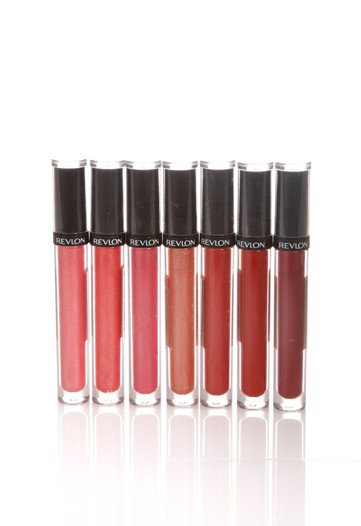 Revlon’s problem-solving chief executive officer David Kennedy is stepping aside after putting the beauty firm back on its feet with a three-year turnaround campaign.

The company has named Alan T. Ennis as its new president and ceo. Ennis most recently served as Revlon’s executive vice president and chief financial officer. In February, Ennis, 39, took on the additional role of president of Revlon International, a business he oversaw in 2008 in addition to his cfo duties, and also was elected as a director of the company at that time.

Ennis joined Revlon in March 2005 as senior vice president, internal audit, and assumed the role of executive vice president, cfo, in November 2006. He has followed Kennedy’s path to the top spot at Revlon. Prior to taking over as ceo in September 2006, Kennedy held the roles of cfo and president of Revlon International.

Clearing the way for Ennis, Kennedy, 62, will assume the role of vice chairman, and will also serve as a senior executive vice president at MacAndrews & Forbes Holdings Inc., Revlon’s largest shareholder and the investment firm owned by Ronald O. Perelman.

As part of the changes, Revlon has promoted Chris Elshaw, 48, to executive vice president and chief operating officer, from his post of executive vice president and general manager of the U.S., and has recruited Steven Berns, 44, as executive vice president, cfo and treasurer. The appointments of Ennis, Kennedy and Elshaw will be effective Friday, and all three executives will be members of the newly formed office of the vice chairman, charged with overseeing the company’s strategic development. Berns will join the company later in May, according to Revlon. Prior to his appointment, Berns was cfo at Tradeweb LLC, a multiasset online trading service. He also has served as president, cfo and director of MDC Partners, a marketing communications company, and senior vice president and treasurer of The Interpublic Group of Companies.

Kennedy became ceo in September 2006 after Perelman, ceo of MacAndrews & Forbes Holdings, ousted Stahl, then the beauty company’s ceo, after a series of costly strategic initiatives failed to gain traction. Stahl’s arrival had been highly touted since he had been a top executive at Coca-Cola.

Upon succeeding Stahl, Kennedy took swift action to change course, including pulling the plug on the fledgling cosmetics line Vital Radiance; focusing the bulk of the firm’s attention on its $1 billion global flagship brand, Revlon, and setting financial benchmarks.

In fall 2007, Kennedy told WWD, “It’s a product-driven business, but that doesn’t mean you offer a product of the week or of the month. You’ve got to do it strategically.” He added, “We are looking for a portfolio that gives us the profitable growth we need but is also intensely competitive.”

But while Kennedy’s initiatives have stabilized the beauty firm, its brands continue to struggle to gain market share. And like many beauty companies, Revlon hasn’t been immune to the pullback in consumer spending. For the fiscal year 2008, the firm’s profit was $57.6 million, or $1.13 a diluted share, against a loss of $16.1 million, or 32 cents, in 2007. Results in 2008 include a $45.2 million gain on the sale of discontinued operations. Sales were down 1.5 percent to $1.35 billion from $1.37 billion.

In a statement released Wednesday evening, Kennedy said, “This planned leadership transition ensures that we have highly capable executives to continue to lead our business. I am most confident that Alan is best positioned to lead the company, as he has strong leadership capability, strategic ability and financial acumen.”

Referring to the management change, Perelman stated, “I want to thank David for his valuable leadership over the last three years; welcome David to his new role as vice chairman, and welcome Alan to his new role as ceo. Alan has proven to be a highly valued member of Revlon’s senior management team and will provide the company with outstanding leadership as we move forward.”