Rimowa Has a New CEO

Early Thursday, Arnault was named executive vice president, product and communications, as LVMH closed its $15.8 billion acquisition of the iconic American jeweler, while Vuitton executive Anthony Ledru was named Tiffany’s new CEO and Michael Burke, chairman and CEO of Louis Vuitton, the new chairman of Tiffany’s board of directors.

LVMH has a strong track record of grooming and promoting executives from within, rarely poaching from luxury rivals for CEO posts.

To wit: LVMH said Bonnet-Masimbert would report to Patrice Wagner, chairman and CEO of Le Bon Marché Group, who will continue in that role while also lending his “expertise in products and creative activations, which has driven the success of Le Bon Marché,” the group said in a release.

Hugues Bonnet-Masimbert joined the LVMH Group in 1996 and has been a sales executive at Loewe, Celine, Louis Vuitton and Berluti before moving over to Rimowa in 2018. There he” initiated and oversaw the repositioning of Rimowa’s distribution, business model restructuring, along with the creation and rapid development of its e-commerce operations,” according to LVMH. 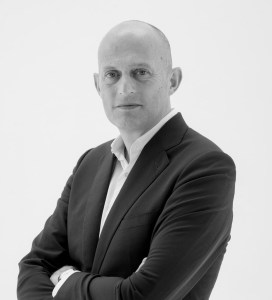 Hugues-Bonnet-Masimbert is the new CEO at Rimowa.

Arnault, who took the management helm of Rimowa in 2017 after initiating and leading LVMH’s acquisition of the German company, thanked his teams for applying their “energy, commitment and talent” to the brand’s transformation.

“The efforts made to elevate creativity, develop production resources and redefine the business model have strengthened Rimowa’s leadership,” he said. “At my side for the past three years, Hugues has been one of the primary artisans behind this success, and I am delighted to see him promoted to this new role. I know that under his leadership, Rimowa will pursue its ambitious growth itinerary and will come through the current period stronger than ever.”

Arnault jazzed up Rimowa’s technical luggage with new colors, buzzy collaborations with the likes of Supreme, Dior’s Kim Jones and Off-White’s Virgil Abloh, as well as unveiled a new store concept. He also expanded the brand into new product categories, including eyewear and soft bags.

Bonnet-Masimbert said Rimowa would “continue to determinedly drive operational, production and distribution efficiencies, keeping our German engineering heritage, innovation, creativity and craftsmanship at the heart of our DNA.”