He is moving from Chicago to New York to establish a new corporate office that will oversee global expansion. 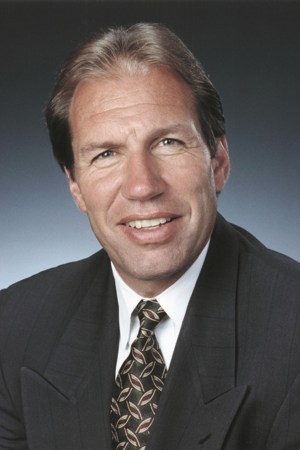 Pola Orbis Holdings Inc. has made management shifts in the U.S. to better position the Japanese beauty powerhouse to drive growth beyond its home country.

Robert F. Seidl, former chief executive officer and president of H20 Plus LLC, the first company ever to be acquired by Pola Orbis, has been appointed Pola Orbis’ chief global business strategy officer. He is moving from Chicago to New York to establish a new Pola Orbis corporate office that will oversee global expansion of the company’s brands and scout possible acquisition targets.

“New York City is obviously the global center for the beauty industry, and it is important that Pola has a presence that is reflective of its position as the 20th-largest beauty company in the world,” said Seidl. “This will give the company the opportunity to get market exposure.”

The management moves are indicative of Pola Orbis’ understanding that Japan exhibits scant growth potential, and it must look elsewhere if it wants to accelerate sales in the future. Seidl estimated that today international revenues constitute 7 to 10 percent of the company’s turnover, but the goal is to increase that figure to at least 20 percent by 2020.

“Kudos to a company like Pola that, after 80 years, recognizes that the world has changed and they need to adapt to a very changing business environment,” he said. “They have committed to expanding their reach outside of Japan.”

To amplify Pola Orbis’ worldwide penetration, Seidl will be responsible for outlining the global strategy for H20 Plus and Jurlique, which Pola Orbis acquired in 2011 for $91 million and in 2012 for 300 million Australian dollars, or about $314 million, respectively, as well as the company’s Japanese brands, notably Pola and Orbis. Seidl expects that Pola Orbis’ Japanese brands will be introduced to the U.S. by next year in prestige distribution.

In addition to the global expansion of current brands, Pola Orbis has made it clear it’s seeking to augment its business with more acquisitions. Seidl noted acquisitions are likely to remain within Pola Orbis’ skin-care wheelhouse but aren’t isolated to brands of a certain size. “The interest will be in brands that already are or have the ability to be global in nature,” he said.

“He is an absolutely great choice for us. He’s smart and energetic. He’s a good listener,” said Seidl. “He connects with people. At the end of the day, we are in a people business.”

Ruffolo, who described himself as a longtime admirer of H20 Plus, said he has high hopes for the brand. “It’s at a point now that, with great support from Pola Orbis, we want to double or triple the business over the next several years,” he said.

Ruffolo acknowledged that some of the foundation for his efforts has already been laid. H20 Plus recently repackaged and launched Total Source Night Cream, its debut product leveraging Pola Orbis’ antiaging know-how. The Total Source line will be enlarged soon with a day cream and a serum. “Of all our product lines, this is the most clinically tested, and we are really excited about the innovation it brings to the market,” said Ruffolo.

H20 Plus, which is based upon combining natural marine ingredients with advanced skin-care technology, has around 120 stockkeeping units priced roughly from $12 to $95 encompassing eight skin-care collections, including the best-selling hydration-oriented Oasis collection, and Ruffolo indicated the selection can be overwhelming. One of his missions is to get the brand to communicate in a straightforward manner to help consumers, especially those less familiar with H20 Plus, find which product is right for them.

“The brand continues to resonate with its core customers. The downside has been we haven’t been able to necessarily reach out and address some of the new folks coming into the market or people that are hearing from a lot of other brands,” said Ruffolo, adding, “The recent restage has created an opportunity to reengage with customers…That’s why we think over the next three to five years we have such an upside.”

H20 Plus is available at 2,400 prestige retail doors in 31 countries, and 60 percent of its sales are international. A major focus for Ruffolo will be to boost the brand’s distribution in the U.S. Internationally, he said, “we are seeing success already with our collections and how they address particular needs. At the same time, here in the U.S., we are never satisfied with the status quo. We think there is clearly opportunity. This business used to have much more retail presence in the U.S.”