The designer behind Sankuanz wants to bring Chinese creativity and youth culture to the C Ventures-backed media and e-commerce company.

LONDON — One week after the announcement of launching Dazed China edition, Yoho! has appointed Zhe Shangguan, designer of Sankuanz as the new editor in chief of its men’s wear fashion title Yoho! Boy. He will assume the position in June.

An LVMH Prize nominated fashion designer, Shangguan launched his brand in 2013. The designer began to showcase his collection in London in 2015 and later settled in Paris to present his latest work every season. Protection and destruction is a continuous theme for his design. He also likes to give commentary on Chinese history and current affairs in his collection via motif and set design.

Now, he is one of the most famous and influential men’s wear designers in China. Bella Hadid was spotted wearing his design last year in New York, while rappers like Tyga and Offset have been wearing his stuff in music videos and on stage.

Known for his eclectic design, the designer wants to channel that into his editorial direction at Yoho! Boy. 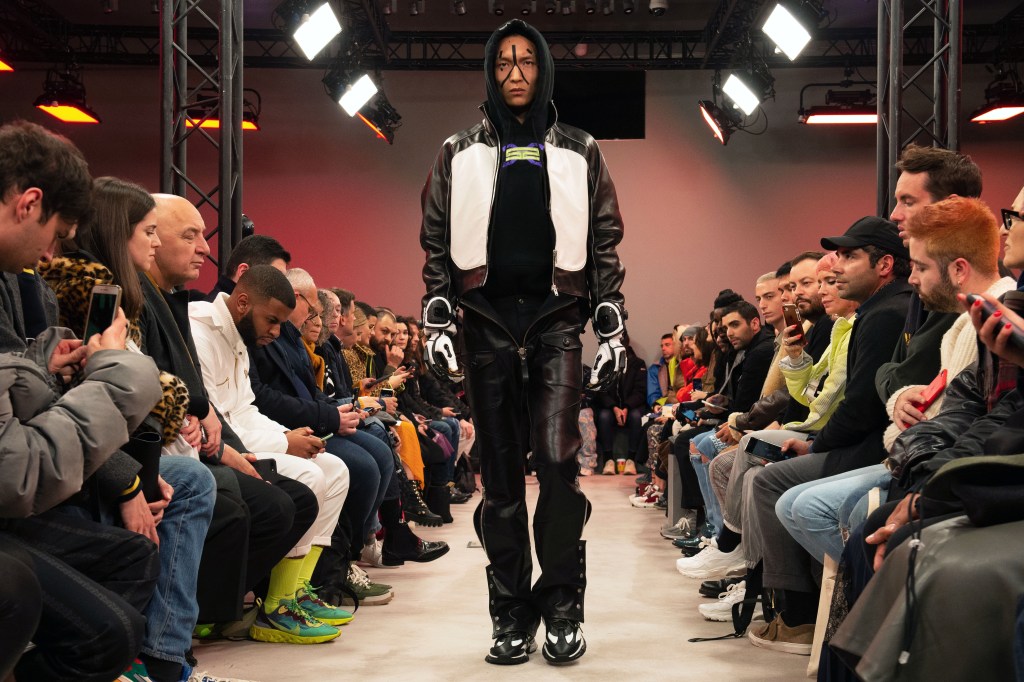 A model presents a creation from the Sankuanz fall 2019 men’s collection in Paris.  CAROLINE BLUMBERG/EPA-EFE/REX/Shutterstock

“Creativity will change China. This is another journey I am embarking on, and I believe I will go really far with it. I am passionate and determined with the changes I am going to make. In the era of globalization, I will be on the side with creativity and genuine youth culture coming out from China,” he said.

Shangguan won’t be the first designer to lead a fashion publication in China. His fellow Chinese fashion designer Xander Zhou was a deputy editor in chief and men’s wear fashion director at T magazine China for a few years. Zhou managed to elevate the magazine’s creative standard, but it’s undeniable that his brand’s exposure had a significant increase, often appearing on the cover with other major luxury brands during his tenure.

Zhou explained to the local press before that he did so because he found his design a key component to the story he was trying to tell at the magazine.

Shangguan said he would draw a clear line between his own brand and his job at Yoho! Boy. “I simply want to focus more on the cool and interesting talents coming out of China with the magazine,” said the designer.

Launched in 2005 by Mars Liang, or Chao Liang in Pinyin, Yoho! Boy is a bi-weekly fashion publication that provides practical guidance and information about men’s streetwear, sports, sneakers and pop music. The company also introduced its sister edition Yoho! Girl in 2013 to tap into the rising female streetwear market.

Yoho! now has morphed into an ecosystem catering to streetwear-fixated youth in China. It opened its first brick-and-mortar shop in its headquarter Nanjing, a 53,000-square-foot space, equipped with cutting-edge technologies such as RFID shelving and smart fitting rooms, and operates several pop-up stores around the country.

Last December, Adrian Cheng’s C Ventures led a $25 million Series E+ investment round in Yoho!. The company has raised more than $150 million since its first financing round in 2006.