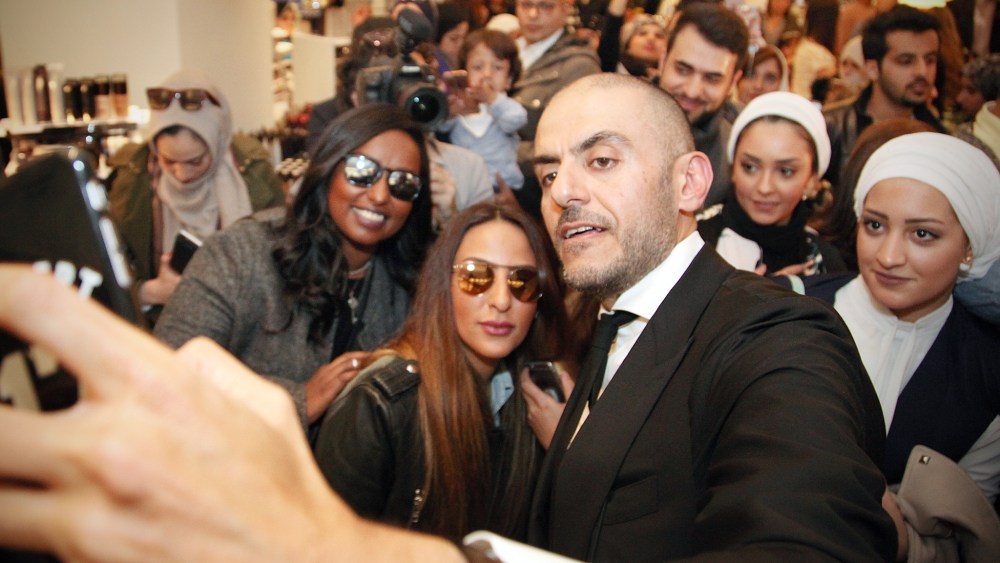 SO SHEIKH: Donald Trump is old news when the Sheikh is in town. Social media hotshot Sheikh Majed Al-Sabah, part of the Kuwaiti royal family, took over Bergdorf Goodman’s beauty department on Wednesday afternoon, taking selfies and kissing babies. The Fragrance Kitchen, his scent collection, launched at the store Monday.

Instead of sitting behind a desk signing bottles for an orderly queue of supporters, Al-Sabah twirled in the center of a crowd, sending off selfie snaps with his fan base, who caught wind of the event after he posted about his personal appearance on Instagram, where he has 220,000 followers. On Snapchat, where he documents what seems like his every move, he’s got 1.6 million followers.

About 500 of the estimated 1,000 fans who showed up could cram into the beauty basement at a time. The others flitted about the ground floor and crowded outside the Fifth Avenue entrance. Among a swirling crowd of worked up fans, the babies maintained their composure.

The Sheikh said he was “Honored … speechless … blown away and so touched by the love of all the people who showed up at our event.”

The Fragrance House debuted more than 40 fragrances at the store, including one specific to Bergdorf’s that was inspired by New York, called A Rose With A View. At Bergdorf’s, the collection, which sells for $225 or $320, had $15,000 in retail sales Monday, another $15,000 Tuesday, and is projected to do $125,000 by the end of the week, industry sources said.

The brand has a freestanding shop in Kuwait and more than a dozen shops-in-shop globally. The only other U.S. stockist is the Neiman Marcus in Beverly Hills.