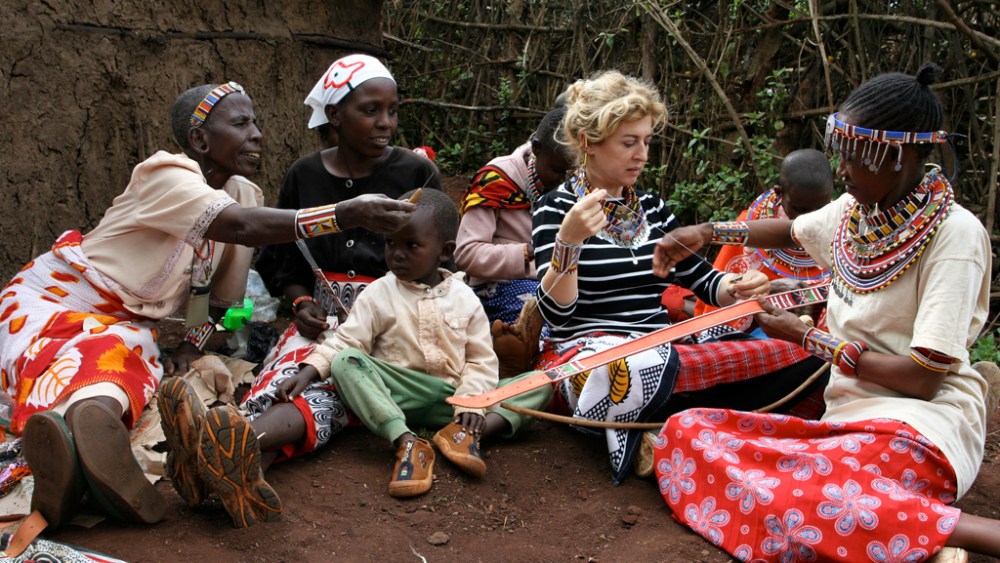 Tuscan native Simone Cipriani likes to call Africa “the new Italy.” While Tuscany traditionally has been a place where many fashion brands had their headquarters and artisans were at their core, Cipriani feels that “with mass production, the value of fashion was lost.”

In an interview before a recent talk at the Fashion Institute of Technology, Cipriani said he wants to bring that artisanal value back to fashion. As the head and founder of the Ethical Fashion Initiative, a flagship program of the International Trade Centre, which is a Geneva-based agency of the United Nations and World Trade Organization, he and his staff link top fashion talents to more than 7,000 marginalized artisans, the majority of them women, in East and West Africa, Haiti and the West Bank to produce luxury accessories, shoes and textiles.

Stella McCartney underscores the value in fair wages and the empowerment of women in making products through the Ethical Fashion Initiative. McCartney and the EFI began their partnership in 2011 in Kenya, where the designer produces handmade accessories with local artisans specializing in screen-printing and tailoring. She makes canvas bags there, like the Noemi tote.

Ilaria Venturini Fendi of Fendi started working with EFI in the development of her Carmina Campus brand of accessories. She manufactures mainly in EFI’s Nairobi hub. Vivienne Westwood, Stella Jean, Mimco, Chan Luu, Sass & Bide, Karen Walker, Osklen and retailer United Arrows are among other designers who work with EFI. The group also develops and advocates young and emerging designers from these regions like Lisa Folawiyo, Sophie Zinga, Christie Brown and Studio One Eighty Nine, working on product development and connecting them with international buyers.

It was while Cipriani was working in Kenya in 2009 that the U.N. approached him with the idea for this initiative. He combed the markets for artisans making sure workers were paid a living wage, helping to lift them out of poverty.

“Fashion is a vehicle for capacity building,” he said.

Production hubs are now in Kenya, Burkina Faso, Ghana, Ethiopia and Haiti and they have begun working in Palestine, Cambodia and Peru. The organization has offices in Geneva and London and expects to open one soon in New York.

Cipriani sets up the network that trains and oversees the production until the microbusinesses can be handed over to the communities. Building structures takes time. So does wooing designers to join him in this movement.

“This is tough because they know this is a long-term project, not just a season,” he said. “The production times are longer. It is not fast fashion, but many see the benefit.”

Westwood, in her 10th season with EFI, is one who has, and she understands the high price of such artisanal wares comes with the territory. Christopher DePietro, her marketing and merchandising director, says a cheap product is of no interest to them — an embroidered canvas clutch retails for $99 while a duffel goes for $438. “The driving force is whether it is ethically made,” DePietro said.

Cipriani added, “When designers commit, we let them know the boundaries for the country,” like skill sets and materials available.

When ITC started working with half-Haitian, half-Italian designer Stella Jean in 2013, she began buying handwoven cotton fabric and natural-dyed bogolan in Africa for her men’s and women’s lines. These vibrant striped fabrics caught the eye of Giorgio Armani, who invited her to show her spring 2014 collection in his Teatro Armani in Milan.

“My collaboration with ITC Ethical Fashion Project started thanks to my mentor Simonetta Gianfelici [ITC project representative for Altaroma], who introduced me to Simone Cipriani,” Jean said. “The ITC team guided me and gave me the opportunity to go to Burkina Faso, Mali and Haiti. There, I found a rare treasure, looking at the busy hands of extraordinary women who tell, with dignity and hard work, a creative and cultural mosaic without any kind of mystification. Our work together is about a proper, accountable business, which is environmentally sound, promoting sustainable economic development and opportunities in countries that do not need our charity.”

Cipriani has other design houses on his wish list: one in particular is Hermès, because of its history of artisan products.

“Consumers want authenticity,” Cipriani said. “It’s a huge movement that can change the paradigm of fashion. When we talk to salespeople in stores, they say consumers like hearing the story behind the product.”

EFI has social impact studies on these businesses, which some of EFI’s designers use in their marketing. “Some say, ‘this is a good product on its own, without that distinction,’” said Cipriani, “but I say, let’s spread the message.”

Luxury retailer Hirofumi Kurino, founder and creative director of United Arrows in Japan and Taiwan, makes clothing and accessories in Africa including clutches and totes with beading done by Maasai women for their Tege United Arrows line.

“The more I come to know fashion, the more I am attracted to handmade materials that [reflect] craftsmen’s culture over mass-commercialized products,” Kurino said. “The EFI project enables manufacturing of handcrafted products while helping to improve life conditions of the producers. This is not only meaningful, but also enriches our heart.”