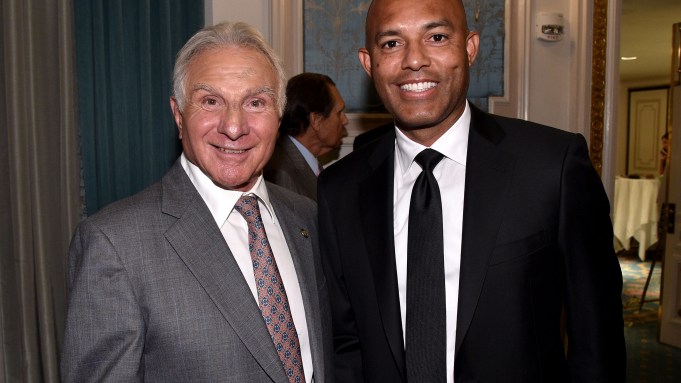 That was football legend Nick Buoniconti reacting to news of a $30 million anonymous donation to The Buoniconti Fund to Cure Paralysis at Monday’s “Great Sports Legends Annual Dinner” at Manhattan’s Waldorf Astoria.

Needless to say, the 1,200 others in the crowd were also awed by the donation, after they rode a roller coaster of emotions during the evening where sports champions of all types, celebrities and philanthropists were honored before a crowd of more than 1,300. Sports greats Mariano Rivera, Willis Reed, Venus Williams, Tara Lipinski, Dario Franchitti, Curtis Martin, Cheryl Miller and Diana Nyad received awards for their athletic achievements and philanthropic efforts.

NBC’s Nightly News anchor Lester Holt emceed; the cast of the Broadway musical “On Your Feet! The Story of Gloria and Emilio Estefan” performed; a silent auction featured an autographed collage of the 2016 Olympic “Final Five” gymnasts, a Muhammad Ali-signed Everlast boxing glove and a Jerry Rice-autographed football. There was a tribute to Ali, and the crowd sang happy birthday to Marc Buoniconti, who turned 50.

Thirty-one years ago, Marc became a quadriplegic while making a tackle during a college football game. “My life and my family’s life was changed in a split second,” Nick said. “Right then and there, I made a commitment to my son that I would do anything and everything to find a cure for paralysis.”

“Ever since my injury,” said Marc, “I have always wondered if my life was guided by fate or destiny. Did my injury happen for a reason? I know this is my mission — to find a cure for paralysis. I have never been more confident about the possibility of rising out of this wheelchair. Thanks to your continued support, we will get rid of these wheelchairs once and for all.”