Glowing and full of energy, a pregnant Drew Barrymore came to the annual breakfast with her husband in tow, ready to celebrate two exciting announcements. 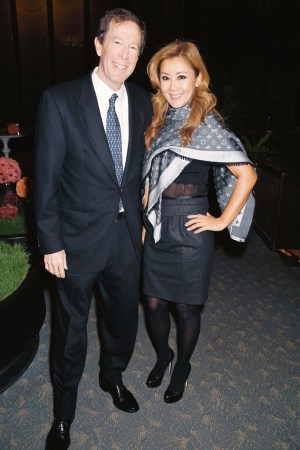 Glowing and full of energy, a pregnant Drew Barrymore came to the 12th annual WWD Beauty Inc Awards breakfast with her husband in tow, ready to celebrate two exciting announcements: her award for color cosmetics brand Flower and the gender of her baby, a girl, which was revealed post-event. She wasn’t the only star, however: Also there was Leslie H. Wexner, founder, chairman and chief executive officer of L Brands Inc., who was honored with the Visionary Award. “Being biggest doesn’t mean best,” said Wexner when accepting his award. A round-up of beauty’s key power players was on hand to congratulate him, including Leonard A. Lauder, Frédéric Rozé, Heidi Manheimer, Muriel Gonzalez and many more.