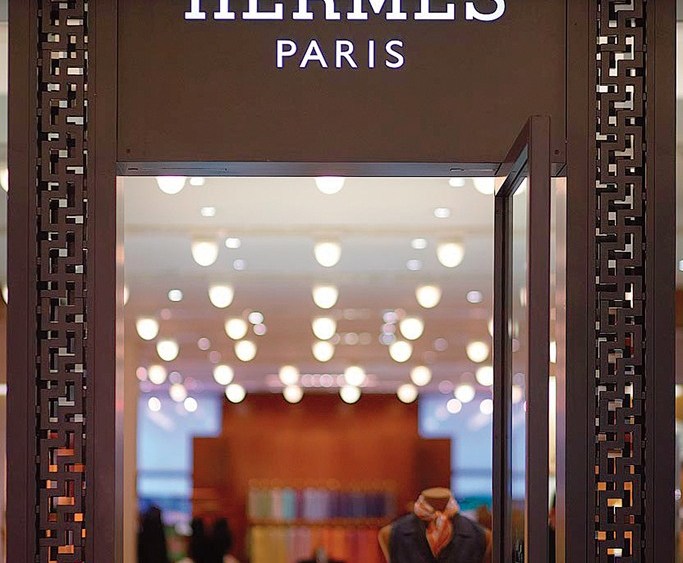 “Visionary” and “integrity” are words that are tossed around freely when retailers and brand executives describe Henry Segerstrom. His development of South Coast Plaza in the rural farmland of Orange County is testament to that description.

But the slate of luxury merchants that populate the center is largely owing to the developer’s personal interaction with his tenants and commitment to quality as well as to the community. WWD asked executives who have stores at SCP, as well as other industry professionals, to share anecdotes about Segerstrom, and what they view as the secret behind the center’s success.

Bruce Nordstrom, chairman emeritus, Nordstrom Inc.: “We hold Henry in the highest esteem and are grateful for what he has meant to our company. Henry felt he’d built the best shopping center there was, and he was right. South Coast Plaza was and is to this day one of our best stores.

“It’s pretty remarkable when you consider what we were before we met Henry. Back then, we were a relatively small company located exclusively in the Pacific Northwest. We wanted to take Nordstrom national but weren’t sure how. He came to us cold, looking for a unique addition to South Coast and saw that we had something different to offer. His visit started a relatively long courtship. To his credit, Henry is tough and it took us a few years to reach a deal. If Henry hadn’t come to us, we would not have gone to South Coast, which ultimately led to our broader national expansion. We’d bet everything on the move, and it’s gratifying to see how things have worked out for both the center and for us since then.

“We admire what Henry has done and we owe him a lot for taking us on when he did.”

Terry J. Lundgren, chairman, president and chief executive officer, Macy’s Inc.: “Henry Segerstrom is a true retailing visionary and a long-time friend of mine. Fairly early in my career, I served as the general manager of Bullock’s anchor store in South Coast Plaza.

“Henry came to visit me on my second day on the job and said, ‘I own the shopping center.’ I told him I was excited to be selected to be the manager of the second most successful store in our company. He leaned into me and said, ‘What’s it going to take to get to number one and when can I expect to see that happen?’ I didn’t know the answer at the time, but it turned out to be exactly 18 months before South Coast Plaza became Bullock’s number-one store.

“Henry saw the potential for the explosive future growth that was to come in Orange County. He built a retail center that was ahead of its time and still today is one of the very best in America. Our company operates four very successful stores in that center — three Macy’s buildings (women’s apparel-accessories, men’s and home), as well as a Bloomingdale’s store.

“In part, Henry’s success can be attributed to the very close relationship and leadership position he built with the Orange County community. Henry is a textbook example of the success you can realize when you know your customers well and deliver what they want. I continue to learn from Henry’s integrity and his attention to detail.

Michael Gould, chairman and ceo, Bloomingdale’s: “In the 30 years I’ve known Henry, he just keeps running a better and better business. The constant is the quality level and the desire not just to be the best, but to have integrity. That’s Henry’s lesson. Henry’s lesson isn’t taking a lima bean field and making it into one of the great shopping centers in the country. Henry’s lesson to me is that he has stayed true to his course and his core principles.”

Ron Frasch, president and chief merchandising officer, Saks Inc.: “Henry Segerstrom is a visionary, and Saks is so proud to have been one of the first retailers to be in the South Coast space years ago. Henry realized the potential of the Orange Country location early on and we’ve enjoyed seeing the shopping center grow and attract people from all over the country. No matter what company you worked for, Henry made you feel like an integral part of their vision, and their family.”

Robert Chavez, president and ceo, Hermès USA: “He definitely understands quality and the commitment to quality. He has a very clear strategy and message that he delivers to the community — and even beyond the community — but it’s really his understanding of quality that has really made South Coast Plaza so special and unique. That’s why we are actually thriving there, because people have a great appreciation for that quality and the high standards he has set for himself.”

Heather Bohs, vice president of merchandising and stores, Donna Karan: “Henry is very passionate about SCP, not only the center and the retailers and tenants, but also the surrounding community. He is a hands-on owner that always comes out to support the stores and is constantly looking for creative ways to make SCP a special shopping destination.”

Pamela Baxter, president, Dior Couture: “Henry Segerstrom is a true pioneer and visionary in the world of luxury retailing. SCP is the premier luxury shopping destination in the world as a result of his foresight.”

Max Azria, founder, designer and ceo, BCBG Max Azria Group: “I have always admired Henry. We have much in common as we both work with our families, are first and foremost entrepreneurs and have a special place in our hearts for the arts. Being a part of the South Coast Plaza family has and always will be a win for us both. Henry’s SCP offers an extraordinary luxury shopping experience that our exclusive Hervé Léger store customers understand and depend on.”

Giorgio Canali, head of U.S. operations, Canali: “SCP is highly successful because of its huge portfolio of luxury brands — SCP has the highest concentration of designer brands in the U.S. — its location, right off the highly trafficked 405 highway, in one of the wealthiest areas in the country; the fact that it was established over 45 years ago, and the particular design of the different entrances to the mall, which brings the walking traffic directly into both the first and second floors, creating more visibility and value for the tenants and the mall owner for the higher floors.

“Henry personally visited our store as soon as we opened, showing interest in the store design and merchandise and thanking us for the high confidence we showed to SCP being one of the first tenants opening in what then became The Penthouse at South Coast Plaza.”

Gian Giacomo Ferraris, ceo, Versace: “Versace has had a presence in South Coast Plaza for many years and throughout we have felt nothing but support and collaboration from the family and their professional team. It has been a warm and successful partnership.”

Maria Giulia Prezioso Maramotti, U.S. retail manager, Max Mara: “South Coast Plaza defines the ultimate shopping experience — all the features and details, from the luxurious interior design and outdoor architecture, to its exclusive tenants — and represents exactly where we at Max Mara want to be positioned.

“We really feel that this environment is a crucial factor to our success here, the experience is what keeps our customers coming back to our store.

“We admire the Segerstrom family’s ownership values, and the efforts and initiatives they make, to place SCP as a benchmark of excellence on the North American retail panorama.”

Robert K. Futterman, chairman and ceo, RKF real estate: “He’s a total visionary in the shopping center business. South Coast Plaza has always been one of the top-performing malls in the country. The focus is on luxury. He gets locals, repeat customers, tourists and there’s a particularly big interest from Japanese tourists. They bus them in. It’s got everything going for it, and as far I could tell, South Coast Plaza will stay with the family and they’ll keep moving it forward.”

Frank Castagna, principal of Castagna Realty, owner of the Americana Manhasset luxury center: “South Coast Plaza really sets the patent for everybody. We’ve been there many times over 25 years. We make special trips to see the operation, and when it comes to the leasing, how they operate the site, being part of the community, the art scene, philanthropy — they really have the most integrated operation of anybody in the business. We admire the operation and we will make a special trip to visit it.”

Alberto Damian, general manager, M Missoni: “We opened the M Missoni store in SCP only few months ago — we are happy to have a door in one of the most prestigious malls in the U.S. I do not know Mr. Segerstrom personally, but I am well aware of the great things that he has done during his long life and of his passion and philanthropy for the arts.”

Barbara Bui: “Henry Segerstrom knows and has valued my style for many years. In turn, it seemed obvious to me that opening a boutique in South Coast Plaza would be a success. We were just waiting for the perfect place in the mall. In the U.S., California girls were the first to appreciate my creations and this gave us confirmation that we should continue our development in California, after our flagship on Rodeo Drive.”

Vincent Ottomanelli, president and regional director, Salvatore Ferragamo USA: South Coast Plaza  is one of the most prestigious luxury shopping environments in the country, thanks to Henry Segerstrom’s vision for the center.  Salvatore Ferragamo is honored to be represented at South Coast Plaza, and we thank Mr. Segerstrom for his commitment to creating such a special center and experience for the region.