Promotions will double the number of group presidents at the beauty company. 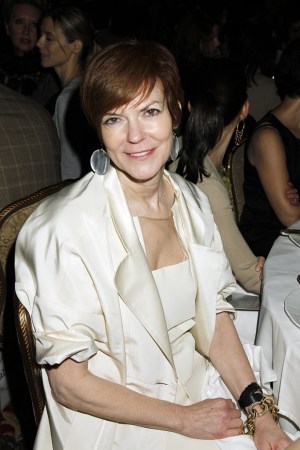 Thia Breen and Lynne Greene have been named group presidents at the Estée Lauder Cos. Inc., effective Jan. 1, as a reward for their performances and an acknowledgment of the importance of the territory and brands they manage.

Fabrizio Freda, president and chief executive officer of Lauder, said the promotions are part of a number of realignments and adjustments, also slated for January, that are designed to reward people with bigger responsibilities to create opportunities for growth, thereby leveraging the talents within the organization. “I will continue to fine-tune the organization to make sure it is in alignment with the strategy of growing the brands globally while making sure they are more locally relevant,” he said.

This fine-tuning is necessary, he continued, because the company has grown dramatically since the last company-wide reorganization in 2009. Since then, Lauder’s sales volume has grown by $2.5 billion to roughly $10 billion, the company has added $15 billion in capitalization and shareholder return has increased by 242 percent, he said, declaring that the figures add up to the best performance in the industry.

Freda added that much of this success was sparked by the dynamic growth — particularly in China — of the company’s oldest institution, the Estée Lauder brand. For this, he singled out the work of Jane Hertzmark Hudis, global president of the brand.

Breen’s current title is president of North America, Lauder’s home market. Despite its large size, Freda described North America as “one of the fastest-growing regions.” It is also one of the most complex. Freda said there are retail accounts within the U.S. that are as large as some of Lauder’s foreign markets. And these giant retailers require a commensurate amount of attention. “Thia has done a great job in creating an account management structure,” he said. Her responsibilities will be expanded in January with the upgrading of the Canadian territory as a full-fledged Lauder affiliate, complete with a newly named general manager.

Greene, who has been global president of Clinique, Origins and Ojon, has built Clinique into the biggest prestige brand in the U.S., Freda said, and “Origins has been very successful.” As a new group president, she will gain responsibility for the hair salon brand Aveda and the European pharmacy-oriented brand Darphin.