Time for the Tiniest

The plight of premature babies was a theme of the evening at the March of Dimes Beauty Ball. 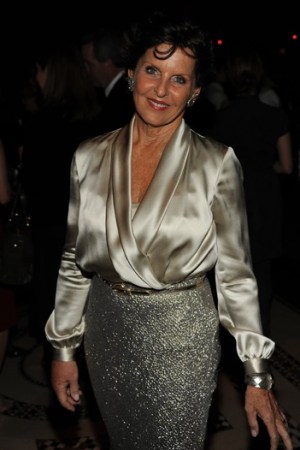 A moment of truth arrived Monday evening during the March of Dimes Beauty Ball at Cipriani 42nd Street. Pauline Levine was telling the painful story of how her prematurely born twin daughters Chloe and Isabelle — weighing a pound apiece — died within five weeks of each other. The grieving mother then declared, “Every baby has the right to have a full nine-month term, every baby has the right to be born healthy and no parent deserves to have babies die in their arms.”

The plight of premature babies was a theme of the evening. Retired Chanel executive Jean Hoehn Zimmerman, who received the Volunteer Par Excellence Award, spoke glowingly of the work done at the NYU neonatal unit. Jeannine Shao Collins, executive vice president and chief innovation officer at Meredith 360, a unit of Meredith Corp., spoke about her own premature birth, as she accepted the Beautiful Apple Award.

Jokingly she referred to it as “the only time I was underweight,” and then turned serious with the observation, “I would not be here today without a certain amount of vigilance.” Even the Retailer of Year honoree Mike Bloom, executive vice president of merchandising supply chain, marketing and advertising at CVS Caremark Corp., offered up some powerful visual punch lines to his usually scholarly speech by holding up a tiny diaper and a head cap for a preemie that looked like it was sized for someone’s thumb.