The designer sat down with WWD for an exclusive interview in her Chelsea offices.

By Julie Naughton and Pete Born on August 23, 2013
View Slideshow 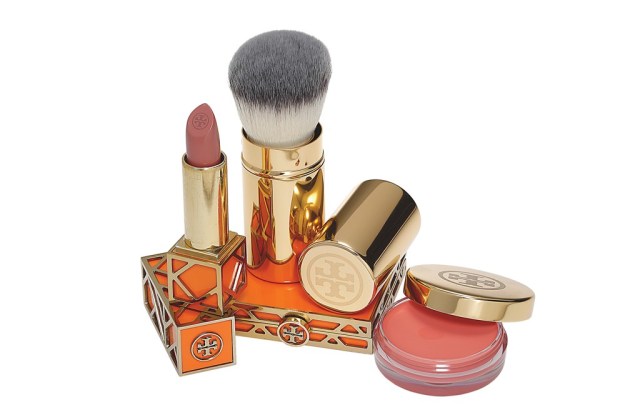 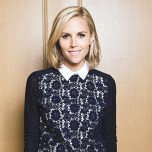 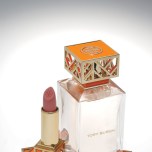 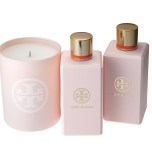 NEW YORK — When Tory Burch set out to create her first fragrance, she kept it all in the family — notes, packaging and all.

This story first appeared in the August 23, 2013 issue of WWD. Subscribe Today.

First came the vetiver, which Burch’s late father, Buddy Robinson, always wore. “That’s one of my greatest memories of him — every day he was perfectly dressed and had a great scent,” the designer told WWD during an exclusive interview in her Chelsea offices.

Next came the vintage fragrance bottles, which still line her mother Reva Robinson’s vanity. “I’d spray 10 or so of them on me at a time as a kid, and then be thrown in the bath, but it was always fun,” she said.

When the designer decided it was time to launch a scent, she hooked up with another family: the Estée Lauder Cos. Inc. “We first discussed the possibility at least five years ago — I know Leonard [Lauder] and knew Evelyn [Lauder] and we knew that at some point we would want to work together,” she said. Burch and Lauder signed a contract in 2011.

The deal represents a major move on the part of both companies. For Lauder, Burch is the latest designer to be added to Lauder’s Aramis and Designer Fragrances division. For Burch, the beauty deal is another plank in her construction of a global lifestyle brand as rumblings continue that the company is a candidate for an initial public offering at some point. And the beauty line will give both firms a major sales boost. While Burch and Lauder executives declined comment on sales projections, industry sources estimated that Burch’s beauty offering could do $50 million at retail in its first year on counter. Within three years, sources indicated that it could be a $100 million proposition.

Burch freely admits that the development process was a revelation, particularly in the lab. “I loved going into the labs — there were scents and notes that I never thought would go in a fragrance,” she said. “I was going for tomboy meets feminine, and I wanted the vetiver because not only did my father wear it, I did too and so did my brothers. Then we looked at how we could mix it with citrus and florals — I’ve always loved tuberose. [The juice is] unexpected, but fresh.”

Burch worked with Karyn Khoury, senior vice president of corporate fragrance development worldwide for the Estée Lauder Cos., and International Flavors & Fragrances to create the scent. “This was not a case of meeting a designer and making a fragrance, this was a case of the designer taking us into her world, teaching us her DNA and leading us to capture that in a fragrance,” said Khoury.

Eaux de parfum will be offered in three sizes: 1 oz. for $62, 1.7 oz. for $82 and 3.4 oz. for $110. Burch is also doing a solid perfume inside a pendant on a signature Burch chain, which will retail for $150. The glass bottle is capped with a gold fretwork topper — a design element used heavily throughout Burch’s company — accented in the brand’s signature orange.

Lauder executives emphasize that the project is “not just another launch; it’s really a launch of a new brand,” said Veronique Gabai-Pinsky, global brand president of the Aramis & Designer Fragrances division of the Estée Lauder Cos. “We’re starting to build a foundation of a multicategory beauty company.”

Burch is already dipping her toes into two other beauty categories with the launch: a capsule color cosmetics collection and a bath and body line. “I wanted to do a capsule that was quick and easy,” Burch said. “I don’t have a lot of time to get ready in the morning, so we did a lip and cheek in one — that’s how I often do it, I’ll put lipstick on my cheeks [as blush] if I only want to bring one thing out with me.”

The cosmetics line includes a $32 lipstick in Pas du Tout, a pink-nude which is the designer’s signature shade (and the name was a favorite line of her father’s); a rosy pink lip and cheek tint, $38; a bronzer-blush palette, $48, and a retractable face brush, $48. “Less is more,” said Burch of cosmetics. “My mom, who’s in her late 70s, when she doesn’t wear makeup or just a little bit, she looks so beautiful.”

Burch carries some of the fragrance notes through to her cosmetics — the lipstick and lip and cheek tint are both lightly scented with cassis, grapefruit and mandarin. Packaging is of Burch’s orange with gold fretwork.

The products are scheduled for a Sept. 26 launch, after an online presale beginning Sept. 6. The fragrance and bath items will be sold at 31 Bloomingdale’s doors, nine Holt Renfrew locations, Tory Burch’s 85 boutiques and toryburch.com only. The color cosmetics will be available only at Burch’s boutiques and on her Web site.

The brand is headed into Harrods in the U.K., as well as Asia and additional U.S. doors in spring 2014, said Stephane de la Faverie, global senior vice president and general manager for the Aramis and Designer Fragrances division. Distribution in Asia is expected to include Isetan in Japan, Lane Crawford in Hong Kong and Robinsons in Singapore.

For the first time, Burch will do national advertising, slated to break in October fashion, beauty and lifestyle magazines. The designer appears in the campaign, which was shot by Patrick Demarchelier.

An extensive digital campaign on toryburch.com is also planned, noted Gabai-Pinsky. It will include short — roughly a minute and a half apiece — video pieces of Burch introducing the scent, discussing the bottle, her beauty perspective and more.