In the 12 years since its inception, the series, which is held twice a year, has featured stalwart figures in beauty. 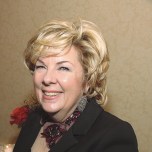 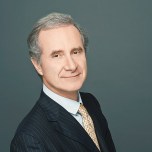 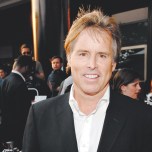 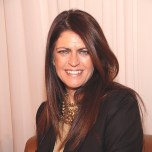 Cosmetic Executive Women saw an opportunity to bring the industry’s top brass directly to its members, and the idea for the Newsmaker Forum was born.

In January 1992, Edwin Artzt, chairman and chief executive officer of Procter & Gamble Co., kicked off the series with a prophetic call for beauty firms to get closer to the consumer. He had already begun to see the lines between mass and prestige blur. He told a crowd of 450 executives that he expected to see retail concepts “in which prestige and mass products are sold side by side.”

Carlotta Jacobson, president of CEW, said the thinking behind the Newsmaker series is simple: “Anything you can learn from the people who are leading these organizations is valuable.” For CEW, she added, “The objective is to make us relevant. To give us visibility.”

Below are quotes from keynote speakers of the Newsmaker series over the years:

September 2013
Bloomingdale’s chairman and ceo Michael Gould and Shiseido Cosmetics America’s ceo Heidi Manheimer on strategies for profitability:
“What makes Bloomingdale’s different? It’s the culture.…The more exciting the store is, the better the online business is going to be. The Dior account doesn’t need another transaction. It needs beauty advisers and beauty experts that have relationships,” said Gould.

On Millennials, Manheimer said, “When you look at younger consumers, all the research tells you that they can’t even tell you if they bought it in-store or online. They look at it all the same. They want it to be one experience.”

February 2011
Carmen Bauza, vice president of beauty and personal care at Wal-Mart Stores Inc., and Muriel Gonzalez, executive vice president, general merchandise manager of cosmetics, fragrances and shoes for Macy’s Inc., on understanding the customer:
Bauza talked about how, during the month of January, she lived on a $30 budget for consumable items since that’s what Wal-Mart’s average family of two lives on. “I put water in my shampoo” to make it last longer.

Gonzalez said of Macy’s Impulse Beauty concept, “About 40 percent of people shopping there were Macy’s customers that had not bought any color or treatment item in the store in the past 12 months. The remaining 60 percent that had bought color and treatment were buying more.”

January 2010
Fabrizio Freda, president and ceo of the Estée Lauder Cos. Inc., on leading through change:
“I believe incremental change is a way of changing that is relevant. Utilize reverse engineering, and ask yourself where you want to be in five years and figure out what you need to do. The mix of these two approaches normally provides companies with a strong advantage.”

January 2009
Pericles Stamatiades, group chairman for beauty care at Johnson & Johnson, on maximizing global reach:
“There are 50 percent of customers we have not met because we are not sold where they are [shopping]. There is another world out there. In China, you have to be sold in a department store. In Brazil, 60 percent of the market is door to door. I am a big believer of customized marketing.”

September 2008
E. Scott Beattie, chairman, president and ceo of Elizabeth Arden Inc., on creating a two-tiered retail strategy:
“Wal-Mart has 125 million people in its stores weekly. It has a $16 billion beauty department. It’s a major player, and if you’re in the beauty business, you have to have a Wal-Mart strategy.”

September 2007
William P. Lauder, president and ceo of the Estée Lauder Cos. Inc., on buying a brand versus starting one from scratch:
“In buying a brand, you spend a lot more money but at a substantially less-risk profile. Starting a brand means less money but greater risk.”

March 2006
John Demsey, global president of the Estée Lauder and MAC Cosmetics brands at the Estée Lauder Cos. Inc., on retail consolidation:
“Channel consolidation presents a huge challenge, especially as we are committed to prestige distribution. But this consolidation is not the apocalypse that everyone is making it out to be.…We will have to market in new ways, but we’ve seen this challenge before.”

June 2003
Jean-Paul Agon, president and ceo of L’Oréal USA, on his career in beauty:
At the age of 24, Agon was handed what he later discovered was a dubious honor of becoming general manager in Greece of “a tiny business in trouble.” There, he became accustomed to doing everything from “top strategic thinking to stacking cartons to delivering products from the trunk of the car.” As a result, he had what his staff in New York considered a “bad tendency to be too involved in everything.”

November 1996
Leonard A. Lauder, chairman of the Estée Lauder Cos. Inc., on managing distribution:
“Diversion has become almost a fact of life, because we’re living in the era of the megalaunch. Two or three million dollars is no longer enough to launch a fragrance. The megalaunches have unleashed a whole new dynamic: How am I going to get my money back?” he said. “If your rankings don’t hold up, your [positioning] is moved, and if you can’t get the early part of your investment back early, you’re stuck with a loser.”

October 1992
Lindsay Owen-Jones, chairman and ceo of L’Oréal, on global product development:
“One way is once the product is invented, it goes all around the world. Others decentralize and let subsidiaries manage the brands in their countries. Neither approach will work in the Nineties. We have to initiate a system in which each country contributes to the global product. We say, ‘What can you contribute?’ not ‘How can you modify it?’”