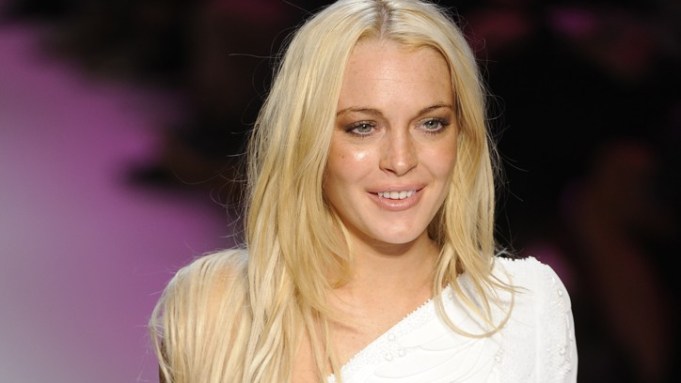 PARIS — Lindsay’s in, Mounir’s out.

Despite widespread speculation to the contrary — and a scathing reaction to her first effort — Lindsay Lohan is continuing on at Ungaro as the fashion house’s artistic adviser, while the man who recruited her, company president Mounir Moufarrige, has resigned, WWD has learned.

Ungaro named Marie Fournier its new general manager to oversee all operations. An 18-year veteran of the company, Fournier was previously Ungaro’s vice president in charge of business development and licensing. Before that, she had an eight-year career at Christian Dior.

In a brief statement, Ungaro said Moufarrige, who has served as president since 2006, would continue to advise the company as a member of its strategic committee, but that he was “withdrawing” from an operational role to devote more time to his other businesses, which include U-Boat and Welder, two fast-growing Italian watch companies.

“It’s my decision. It’s not a total departure, except for operational duties,” Moufarrige told WWD exclusively.

He waved off suggestions of discord with Ungaro’s majority owner, Asim Abdullah, and noted his decision “has nothing to do with Lindsay Lohan at all.…The strategy is set for Ungaro and that’s it.”

Abdullah, a high-tech entrepreneur who acquired Ungaro in 2005 from Salvatore Ferragamo, declined to comment Wednesday.

Moufarrige tapped Lohan as artistic adviser in September in a risky bid to jump-start rejuvenation at a house wracked by a revolving door of designers and lackluster collections. He teamed her with Spanish-born designer Estrella Archs.

“Odds are it could work,” Moufarrige said in these columns in September. “I think the noise level around Lindsay will be very, very big.”

He was right about the noise. His exit comes only a few months after Lohan and Archs showed a spring collection during Paris Fashion Week that set off a cacophony of reactions from critics and retail buyers that ranged from “very Los Angeles” to “cheesy” to “truly, deeply horrible.” There had been numerous reports Abdullah was thinking of getting rid of Lohan as a result of the negative reaction, none of which appear to be true at this stage.

At Ungaro, Lohan and Archs succeeded Bogotá, Colombia-born Esteban Cortazar, whose three collections for the house failed to ignite much commercial or press interest in the brand.

Peter Dundas, who is now the designer at Emilio Pucci; Vincent Darré, now devoted to a signature furniture line, and Giambattista Valli, pursuing a signature label with Italy’s Mariella Burani Fashion Group, came before Cortazar as Ungaro designers following the retirement of its founding couturier in 2004.

Moufarrige is known for making unexpected decisions, most famously for choosing Stella McCartney, then 25, to succeed Karl Lagerfeld as head designer of Chloé in 1997. He had a long career at Chloé parent Compagnie Financière Richemont, including stints at Dunhill and Montblanc.

On Wednesday, he suggested he was eyeing additional business opportunities in watches and jewelry.